5 Chicken Breeds to Raise in the Fall

Do you aim to start a flock of chickens in the fall instead of the spring? These hardy chicken breeds are among the best to consider. 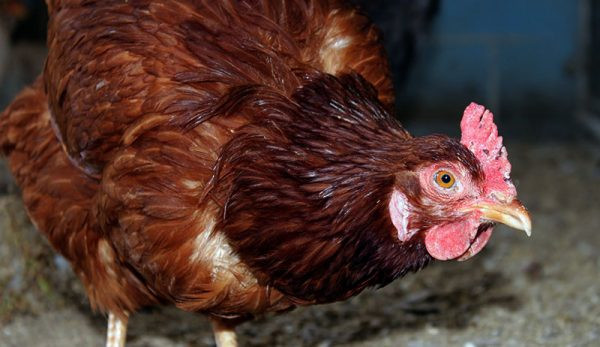 Spring is when most people think of getting chicks, whether they’re starting a new flock, adding to an existing flock or raising meat birds. Perhaps itâs because hens typically get broody and hatch chicks in the spring, or maybe itâs because when those hatchery catalogs arrive in the dead of winter with their various breeds, we canât resist the idea of ordering chicks.

However, there are advantages to getting chicks in the fall. I was originally attracted to the idea that fall-hatched pullets would ultimately provide more eggs during the first year than spring-hatched pullets. When chicks are hatched in the spring, they reach egg-laying maturity as the summer days are getting shorter, which means they will lay fewer eggs. Although they often lay through the winter, it wonât be anywhere close to an egg a day, which can be expected from most of the better egg-laying breeds throughout summer. They donât hit their stride and peak production until they are close to 1 year old.

Fall-hatched pullets, on the other hand, reach maturity in the dark of winter, but because of the short days, their bodies defer laying until the days get longer, giving them a couple of more months to mature. At that time, they will quickly shift into maximum production, laying an egg almost every day. Because they are more mature, they also start laying larger eggs from the beginning, so you wonât see many, if any, tiny eggs.

Starting chicks in the fall also has benefits for those in southern states.

âOnce spring chicks are of laying age, it gets too hot, so they lay fewer eggs and take a summer break,â says DâLorin Nail, of Canton, Texas. âThen it gets cooler, and the days get shorter, so they take a winter break.â

Here are five chicken breeds we recommend for purchasing in the fall:

ISA Browns were developed more than 30 years ago for top egg-laying abilities, and about 60 percent of the worldâs brown eggs are laid by this hybrid sex-linked chicken. (ISA stands for Institut de SĂŠlection Animale, the company which developed the hybrid.)

This is Australiaâs national breed. Australorps are master layers of more than 250-plus large brown eggs annually, laying well into winter.

Plymouth Rocks are hardy, dual-purpose, all-American birds that are friendly, quiet and able to adapt to many different climates and living situations.

Cornish Cross Broilers can still be ordered, raised and harvested before the first snowfall, depending on where you live. These immense, meaty birds can be ready for harvest at just 6 weeks of age.