5 Cover Crops for Your Small-scale Garden

Think cover crops are just for mega-farms? These five crops will return nutrients to your backyard garden’s soil and keep weeds at bay. 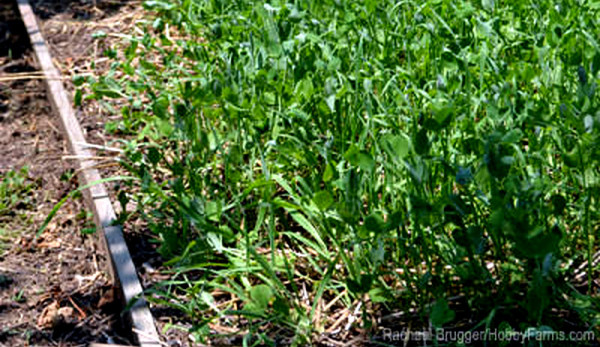 Your vegetable garden is a busy, productive place—for part of the year, anyway. Outside of the growing season, garden soil sits dormant, waiting for your vegetable crops to take their place the following spring. But you don’t have to let that garden soil sit empty and unproductive; instead, plant cover crops that can offer myriad benefits for minimal labor.

You might associate the concept of cover crops with large-scale, commercial farming enterprises. After cash crops are harvested, farmers often plant cover crops to keep the soil covered, reduce weeds, prevent soil erosion and add organic material to rejuvenate the soil with nutrients. You can obtain similar benefits on a smaller scale when you incorporate cover crops (aka “green manure”) into your home or kitchen garden. Here are five cover crops that just might suit your small-scale needs.

Grasses are quick to germinate and generally more effective at controlling weeds than legume cover crops, which are some of the reasons that annual rye grass is such a popular cover crop. Depending on your preferences and your garden’s specific needs, you can seed annual rye grass among your vegetables or wait until you’ve harvested your veggies and plant rye grass as a winter cover crop. In the spring, trap the nutrients by cutting and turning under the rye grass to incorporate it into the soil.

Unfortunately, grasses don’t increase the nitrogen in the soil, which is why you’ll also want to consider pairing it with a cover crop from the legume family.

A popular legume cover crop, hairy vetch is commonly used in vegetable gardens and is valued for its nitrogen-fixing ability. Additionally, hairy vetch is impressively versatile and resilient; it’s a good choice in cold climates and drought conditions, and it performs well in a range of soil types and pH levels. Plant hairy vetch in late summer or early fall, and till it under in spring. Alternately, you can mow it down and plant your vegetables directly in the resultant mulch a few weeks later.

If controlling weeds in your vegetable garden is your goal, then consider to checking out this effective “smother crop.” Buckwheat is a non-legume cover crop that’s sensitive to cold, making it perfectly suitable for summer planting. Plant buckwheat any time between late May and late August, and incorporate it into the soil about 40 days after planting. It’s a convenient choice for simultaneously invigorating your soil and minimizing weeds.

If you like the concept of one-stop shopping, then red clover as a cover crop will undoubtedly delight you. This legume provides ample quantities of nitrogen and valuable quantities of biomass that benefit your garden soil. Seed red clover among your rows of growing vegetables anytime from spring to early autumn.

As its name implies, winter rye is a winter cover crop suitable for overwintering in many locations thanks to its incredibly hardy and resilient nature. Sow winter rye in late summer or early autumn after your vegetables have been harvested, and then watch out! It grows quickly and vigorously, and will resume growth in spring, at which time you can plow it under and put the winter rye biomass to work in your soil.