5 Cues to Take from Urban Farms

Take the lessons learned from leaders in the urban-farming movement to make a difference in your own community. 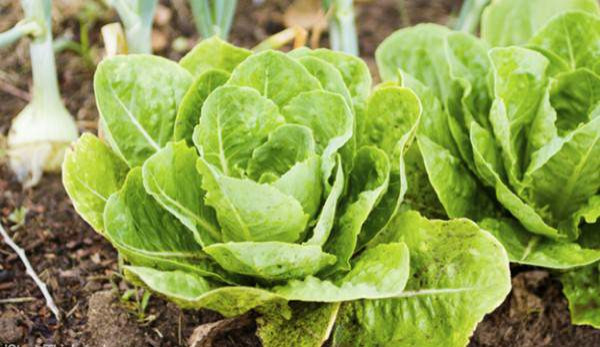 Are you in the midst of starting up a food or urban-farming initiative in your community? If so, congratsâ€”but weâ€™re not surprised. Thanks to consumersâ€™ increasing demand for locally grown food, urban-farming pilot programs nationwide are seeing major boosts in funding via grants and space allocation from city planners. As urban farmers band together and embark in this Wild West of food-system advocating, thereâ€™s a lot we can learnâ€”especially from one another. The following five urban-farming projects are just a handful of initiatives paving the way for sustainable agriculture in their communities. Find out the waves theyâ€™re creating in their communities and what lessons you can apply to your own efforts.

Providing at-risk youth an agricultural-based education and the chance to have a positive, lasting impact on their environment are cornerstones to The Grow Academy an innovative residential program in Dane County, Wis. Coordinated by the Wisconsin Department of Corrections, the Grow Academy teaches young men detained in Wisconsinâ€™s juvenile system how to farm organically and raise small farm animals. As the program progresses, participants receive additional training in composting, operating stands at farmersâ€™ markets and community service, such as delivering food donations to local food pantries.

Food-based programs and businesses often struggle without sufficient external support. If youâ€™re getting your own urban-farming program off the ground, make an effort to connect with individuals and institutions that have similar objectives in your community.

Food insecurity along the U.S.-Mexico border is a daily reality in impoverished neighborhoods for both migrant and native populations, and La Semilla Food Center is at the forefront of bringing edible education opportunities to the Paso del Norte region, which includes southern New Mexico and El Paso, Texas. Youth classes offered by the centerâ€”and eventually facilitated by the kids themselvesâ€”aim to give children and their families the tools they need to have an active role in their local food system. Dissatisfied with the on-going scarcity of affordable, nutritious food in the borderland, La Semilla has since launched a farm-to-school cafeteria program in 13 local schools and a community garden for apprenticeship and summer camp opportunities.

Lesson: Educate Those Around You

Provide the tools for your programâ€™s participants and/or volunteers to understand the need for a more sustainable food system in their area. These people you work with on a daily basis might not understand the complexities of growing food and making it available to all people, so you need to devote time to explaining the need for quality food and a transparent system.

Inter-Faith Food Shuttle, a hunger-relief organization spanning seven counties surrounding Raleigh, Durham and Chapel Hill, N.C., has established food incubators in two distinct food deserts in an effort to reach 275,000 food-insecure people. These hubs are the bases for several of the organizationâ€™s outreach services, including field gleaning, grocery bags for seniors, identification of hunger zones and mobile markets. The organization has built a broad network of community partnerships by continually fusing their mission to end hunger with the agricultural needs of the area.

As you implement the initial stages of your own urban-farming project, donâ€™t lose sight of your communityâ€™s essential food-security needs. Effective transportation infrastructure and accessible food sources, for example, are two major barriers to an a sustainable food system in many communities. Can your project help address these needs?

At the beginning of 2012, San Diegoâ€™s city council overhauled the city codes and zoning regulations to address the cityâ€™s major urban-farming issues, including allowing residents to keep chickens, miniature goats and beehives, igniting an urban-farming and local-food renaissance. Among the groups and leaders emerging in the movement are the San Diego Roots Sustainable Food Project and the International Rescue Committee, two nonprofits working to make local, healthy food accessible to all residents. Both of these organizationsâ€™ community gardens help strengthen the relationships between consumers, growers and students, and raise awareness about the local food culture.

Through your urban-farming efforts, inspire residents to take an active role in petitioning for updated codes and regulations to preserve farmland and allow gardening and small livestock within city limits.

Passionate about preserving cultivatable land in urban communities, New Urban Farmers has started several small farms and an orchard in municipalities around Rhode Island. The nonprofit is especially committed to growing food in or near low-income housing projects and neighborhoods, where the need for homegrown produce is particularly high; this also provides them with the opportunity to teach children how food is grown.

Lesson: Know Your Neighbors and Neighborhoods

Be familiar with the area where youâ€™re farming and meet the people who will be eating your products. Ultimately, farming is about forging harmonious connections to the earth and those around us, and by getting to know the people next door, youâ€™re better able to provide for their food needs.

Rachel Werner is the assistant editor of BRAVA, a Madison, Wis.-based magazine created by women for women. She's also a fitness instructor, health coach and blogger. Her passionate commitment to holistic wellness and sustainable agriculture keeps her a Midwestern girl at heart.