5 Flies Bothering Your Goats—And How To Stop Their Bites

It’s summertime, and that means biting bugs. Before flies start waging war on your goats, stop them in their tracks. 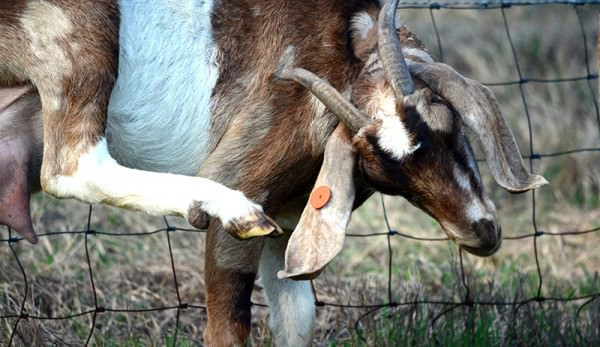 Flies, especially of the biting variety, can drive goats (and goat keepers) to distraction. Here are some of the fly types you may come in contact with on your farm, and what you can do to stop them before they become a nuisance. 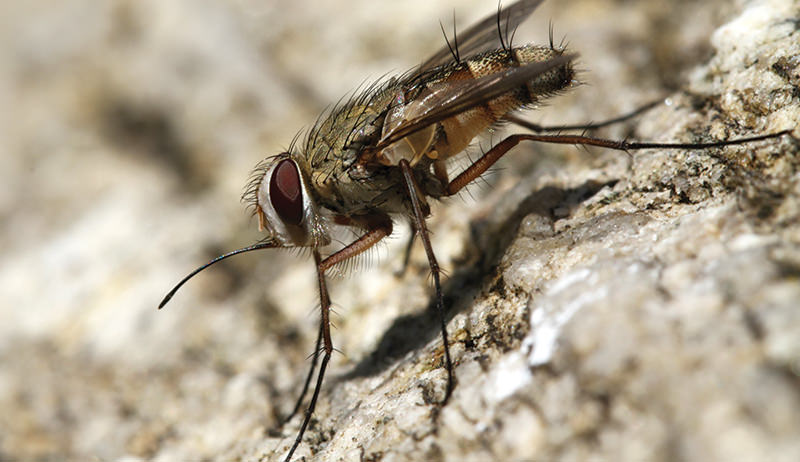 A stable fly looks a lot like a common housefly, but it has a stiletto-like proboscis that extends beyond its head and is used to pierce the host’s skin and feed on blood. Stable flies prefer to feed in early morning and again in the late afternoon, so keeping your goats indoors during the day can help protect them from stable flies. They prefer to feed on the lower parts of goats, such as their bellies and legs. Their entire lifecycle from egg to adult is completed in three to six weeks. Many residual and knock-down insecticides are effective against stable flies.

Horseflies are the B-52 bombers of the biting-fly world—if you’ve been nailed by a horsefly, you know it! Horseflies have stout bodies and are up to 1½ inches long. A female horsefly will slash her host’s skin with her sharp mouthparts and then lap up the pooled blood.

Horseflies are daytime feeders. They’re especially active on warm, sunny days, when they’re attracted to moving objects, warmth, and carbon-dioxide emissions. They skip from host to host to complete a meal, so they sometimes spread disease. Permethrin-based insecticides offer short-term relief for livestock, but other chemical repellents seldom work.

Horn flies are teensy, roughly half to 3/4 the size of the common housefly. Both sexes have painfully effective, piercing-sucking mouthparts. Adults spend most of their lives on a specific host, congregating on its back and shoulders or on its underside. They like hot, sunny conditions and feed up to 40 times per day. Females lay several hundred eggs during their short life spans. The entire lifecycle from egg to adult is completed in two to four weeks, and several generations can hatch in a single summer. Pesticide sprays and dusts are fairly effective against horn flies.

Black flies are smaller versions of horseflies. Both sexes feed on nectar, but the female also drinks blood. Her bite is painfully out of proportion to her size. She slashes and then sucks pooled blood, injecting an anticoagulant that causes mild to severe allergic reactions. The swelling and itch that follow can last for two weeks or more. Hordes of black flies pose a serious threat to livestock, including goats. Mega-bitten hosts can die from anaphylactic shock.

Most black flies are daytime feeders that target animals’ ears. Not much repels them; even DEET-based repellents are only minimally effective.

Midges, also called sand flies, punkies and no-see-ums, are one of the world’s tiniest biting flies. Only females suck blood. Bites are painless at first, but within 8 to 12 hours, tissues swell and an intense itch sets in. Midges are highly attracted to livestock, including goats, particularly to their ears and lower legs.
Most midges feed at dawn and twilight from early spring through midsummer. A few species are daytime feeders, especially on damp, cloudy days. Both types frequent salt marshes, sandy barrens, riverbanks and lakes. Chemicals don’t repel them, so to save your goats grief, keep them indoors during prime midge feeding time.

You’ll probably need to use fly repellent if biting bugs target your doe when she’s on the milking stand. Commercial insect repellents formulated for horses or dogs, especially those made with natural ingredients, work reasonably well for goats. If you use one, read the directions carefully and avoid spraying or wiping it on bare skin, especially your goat’s udder.

If you’re in a pinch, you can make your own fly repellent that will do a decent job. If you use one of these recipes, remember that essential oils can irritate delicate skin if not diluted properly, so don’t add more than the recipe calls for.

Reprinted with permission from Mini Goats: Everything you need to know to keep miniature goats in the city, country or suburbs (Lumina Media Books, 2016) by Sue Weaver, available in bookstores and online.