Having a successful market day starts with harvest—so here are some tips you can’t overlook. 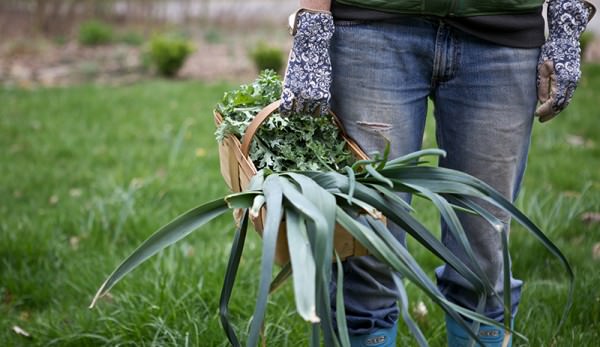 Efficiently transporting produce to market while keeping it from bruising and wilting is a major concern for many market gardeners. Farmers market customers, restaurants and wholesalers expect high-quality produce that also looks great. However, keeping your harvest fresh doesn’t require the implementation of conventional preservation tactics, including sprays and chemicals. In fact, a few tweaks to your harvesting, post-harvest treatment and produce-delivery plans can simplify this process.


1. Harvest In The Morning

Your best bet for high-quality produce is to harvest in the morning. A primary goal of the market gardener should be to limit the amount of field heat the vegetable or fruit sustains. By harvesting in the morning, you can avoid deterioration that may occur once the sun rises and heats up the crops. Early morning picking also helps for faster cooling in storage.

Even once it’s been harvested, the crop behaves as if it’s still growing, and these continued post-harvest growth activities are known as respiration. Rapid cooling helps to limit continued respiration, and if a crop is cooled too slowly or not at all, it can lead to shorter shelf life.

Avoiding high temperatures by harvesting in the early morning is helpful, but you should take additional measures. Spraying produce with cool water after harvest and during transport can help maintain humidity and lower overall heat levels for delicate crops, such as leafy greens. Storing on top of crushed ice is ideal for other vegetable crops, such as broccoli, though it’s often an expensive and unrealistic solution for many market gardeners. Any portions of the plant that are deemed inedible should be removed to prevent further respiration and water loss: Carrot tops are a prime example.

3. Set Up A Room With Forced-Air Cooling

The removal of field heat is best achieved through the use of forced-air cooling. Storing freshly picked crops in a refrigerated room is often the only viable solution, but even this may not be enough with large harvests: The cool air in a refrigerated room will chill the produce nearest the surface, but toward the center of the storage crate, the ongoing plant respiration will maintain heat and can lead to significant crop damage.

In a forced-air cooling system, the air pressure on one side of the cooling room is higher than on the other, and large fans push and pull air rapidly through the room. Depending on the type of crop, forced-air cooling can lead to a massive improvement in cooling times—as much as four to 10 times as quickly as a regularly refrigerated room, based on USDA testing—and may also lead to time efficiencies on the farm due to more efficient use of space. Converting a refrigerated space to a forced-air cooling space can be relatively inexpensive, making it definitely worth consideration.

It’s best to keep crops separated in different bins to avoid unwanted transfer of odors and prevent damage between crops. Heavier items, such as potatoes, apples and squash, should be packed tightly and separately to avoid bruising within the group and to other crops along the way. You can imagine the havoc a crate full of apples would wreak if stored alongside fragile leafy greens! Similarly, a loosely packed crate of apples could cause an immense amount of bruising and damage to the fruits themselves.

Transportation methods will vary widely based on the scale of the market gardener. Refrigerated units, coolers with ice and other expensive means for keeping crops cold are recommended but very rarely implemented on a small scale. Instead, small-scale gardeners should focus on retaining moisture in fruits and vegetables by limiting excessive heat and direct exposure to sun, and taking care to promote adequate ventilation and airflow.

Transporting crops is mostly just common sense and taking good care of the crops you so lovingly grew and harvested:

Greens are very fragile and should be handled with the utmost care during harvest and transportation. A light knife and gentle storage and handling in the field are recommended to minimize bruising and wilting prior to delivery.

After initial harvest, remove unusable leaves and tie the remaining crop into compact bundles for placement in clean storage crates. Vacuum cooling is the best method for preserving lettuces and other greens, but on a small scale, rinsing with cold water and keeping the leaves moist and cool during transport will suffice. Pack loosely in storage crates and in thin layers to avoid compaction. Don’t store greens with apples, pears, peaches, melons and tomatoes, as off flavors will result due to the emission of ethylene gas as the latter crops ripen.

Tomatoes require great care during harvest, storage and transport to ensure optimal conditions at the point of sale. According to the USDA, the most common causes for tomato losses prior to sale are decay, external damage during harvest and handling, and harvest at an improper maturity stage. As with all produce, it’s particularly important to harvest tomatoes when properly ripe—not too early and not too late.

Room cooling is the most common method for reducing heat for freshly harvested tomatoes, though forced-air cooling is still the best solution. Ideal conditions are between 66 to 70 degrees. During transport, tomatoes should ideally be stored in single layers, but realistically, the use of smaller, flatter crates versus larger, deeper crates is acceptable. Preventing the shifting and jostling of tomatoes within the crate is key to avoiding bruises upon arrival at the final destination. Of course, all harvest and handling materials should be clean and free of bacteria to prevent premature senescence.

Fruits are even more sensitive to bruising and injury than vegetables. They should be harvested with newly sharpened knives, as dull knives will reduce shelf life. Fruits are known to respire and transpire rapidly once cut and high levels of ethylene production are common. Fruits can also be sensitive to storage at too low of temperatures and should be maintained at storage conditions between 50 to 55 degrees F to avoid tissue damage. There are many nuances for individual fruits, and the specifics of each crop should be researched individually.

Properly harvesting, handling, storing and transporting produce can lead to remarkably better looking produce with a longer shelf life. Clean harvesting tools, storage crates and display materials are similarly critical to maintaining produce quality. Keeping a sharp focus on limiting heat, sustaining humidity and appropriate packing techniques are a few simple steps that can lead to great improvements in the ultimate quality of produce. Systems such as forced-air cooling and refrigerated transportation can be implemented at a larger scale to further improve the eventual outcome for produce delivery.

James Ray owns and operates Little Seed Farm in Lebanon, Tennessee, with his wife, Eileen. Little Seed is an organic and 100-percent grass-fed goat dairy specializing in goat's milk soaps and organic skincare products. The couple maintains a large organic vegetable garden and raises many of their own meats in addition to managing the dairy. Follow them on Instagram: https://www.instagram.com/littleseedfarm/