5 Herbs to Seek During Summer Foraging

You might not have found it yet, but your landscape is filled with food and medicine during the summer, and no cultivation is required. Here are several things you might find. 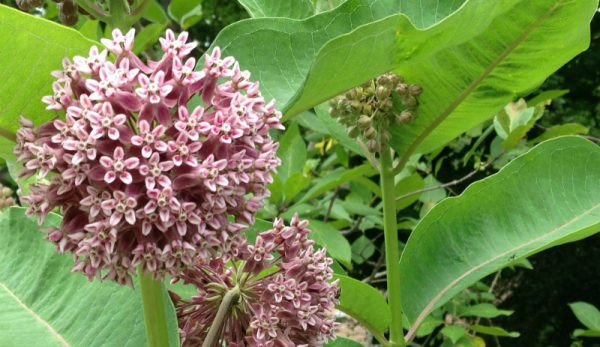 You might focus much of your energy this summer on your garden, but it’s a season to remember all the amazing uncultivated plants you can forage at the edge of your fields. As you might expect, summer is teeming with wild plantsāgrowing where you may or may not want them to be growingāthat have edible as well as medicinal uses.

Here are a few plants that have captured my attention this summer that you might want to look for while you forage. As with all foraging expeditions, eat only those plants that you can positively identifyāwhen it doubt, donāt put it in your mouth.

Common milkweed, otherwise known as milkweed, has been traditionally eaten by Native American tribes for nourishment as well as medicinal benefits. Itās also an important plant for monarch butterflies and their caterpillars, which use the plant as food, so when I forage, I like to allow several plants go to seed.

2. Mallow (Malva neglecta and other species)

Mallows are in the same family as okra, and you will note the same mucilaginous, or slimey, quality in the plants. While they arenāt native to the U.S., they have naturalized here and can be found quite commonly throughout the country.

Chicory root is well-known as a coffee substitute because of its dark color and bitter quality. It came into fashion during the Civil War, when ports were cut off to New Orleans, limiting the flow of coffee imports, and chicory root was added to the morning brew to make it stretch a little further. But while history might play into this use of the chicory plant, it has many more edible and medicinal benefits to offer.

Wild blackberries will be fruiting out this time of year. But donāt overlook the other parts of this plant that can be foraged, as well.

Iāve seen this weed sprouting up in parking lots my whole life with no knowledge of its use or even its name. Itās now an herb that has piqued my interest because of its intense spicy flavor and array of uses.