If you aim to make a living off the land, consider one of these projects in profitable farming that will provide a good start and support longer-term ventures. 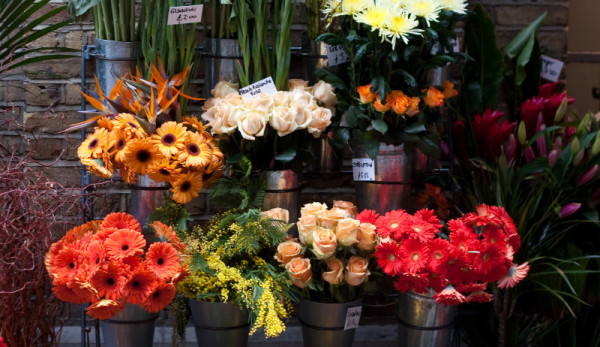 Farming can be slow to grow as a business, so when you start a farm, you should include at least one high-profit venture. Such a venture in profitable farming should fit with your overall planâ€”a vegetable for vegetable farms, for example, or an animal for livestockÂ farmsâ€”and it should pay for its initial investment within a few weeks or months. That way, this profitable venture can begin to supportÂ your other, perhaps slower-to-profit, hobby farming endeavors. (I’m looking at you, apple trees.)

When starting a livestockÂ farm, consider a fast-producing animalÂ such asÂ broiler chickens. People often want to raiseÂ laying hens, but broiler chickens are more quickly profitable. They’re right for profitable farming, in that they’re ready for market in six to nine weeks (depending on target weight) instead of nine months, like the eggs from laying hens. These broilers are often at a sellable weight (4 pounds or so) in just a couple of months and go for $3 to $6 a pound depending on your market. They occupy very little room, can be raised on pasture (which will increase their price per pound), and bring in a decent return very quickly.

To start, you need to purchase chicks or incubate your own. Brood them in a warm, dry place for a couple of weeks before putting them outside. Broilers also have many predators, so make sure they are well protected. Contact local processors early on to set upÂ an appointmentâ€”they might be booked several months in advance.

If square footage is valuable on your farm, consider microgreensÂ as a crop for profitable farming. Although they can beÂ a finicky endeavor, microgreens can provide a largeÂ profit quickly. Most are ready to harvest within two to three weeks and bring more than $15 per pound. (They’re often sold by the ounce.) Microgreens must be sold fresh, though, and they need to have a market. Otherwise, it can be a grave waste of seed.

Find a consistent market before diving too heavily into microgreensâ€”retailers, restaurants or a farmers market are all great places to sell. Start with some shoots, such as peas or sunflowers, and then move toÂ a few of the less robust crops, such as radishes and basil to introduce new flavors. Like all plants, microgreens need consistent water, sunlight and airflow to produce a healthy, consistent crop.

Another spectacularly fast-producing livestock species for a budding agriculturist seeking profitable farming is theÂ rabbit. In roughly the same amount of time as broiler chickens, you can have rabbits ready for marketâ€”depending on the breedâ€”in eightÂ to 12 weeks for a 4- to 5-pound animal. Research your local processors or home-processing laws before raising rabbits to make sure it’s legally viable. However, rabbits’ niche quality among chefs makes them highly marketable and profitable.

Rabbits, like chickens, are a favorite treat for predators, so you must ensure their protection. Not every rabbit does well on pasture, so look for breed stock from a person who already raises them in this way if that is your intention.

FlowersÂ work great toward profitable farming. They represent an excellent opportunity to make a lot of money on a small amount of space. They can be profitable quickly: In just a couple of months, you can have a garden full of cosmos, celosia, sunflowers, zinnias and other annuals to start filling vases and peddling to local businesses as well as at farmers markets. At $10 to $20 per bouquet, it doesn’t take long to start raising capital so you can invest in bulbs and some of the more exotic flowers.

Flowers are similar to vegetables: Shelf-life matters. Make sure you have a nice cool place to take your flowers to get the field heat off and keep them fresh for market. The concept of “local flowers” is a popular enterprise, so make sure before you start that you won’t be entering a saturated market.

You probably didn’t see mushrooms coming when considering profitable farming, but don’t underestimate the potential of fungi in the marketplace. Oysters, in particular, can be grown just as fast as broiler chickens (eight to 12 weeks) and fetch a price ofÂ $10 to $18 per pound. It is admittedly not always easy to sell fresh oyster mushrooms, but they can be dried to be sold as a value-added item rather easily. Although you do have to buy the first round of spawn, once your oyster logs or blocks are done producing, you can split the remaining substrate (the growing medium) into new blocks. In other words, they are very easily propagated.

Disease can be an issue in growing oysters, and you will need a steady supply of organic substrateâ€”straw, generallyâ€”plus, a way to sterilize it. The mushrooms should be chilled right away after harvest, and they have a week or so of shelf life, so they should be sold quickly. In general, however, they are extremely easy to grow and can be sold at markets, restaurants or retail shops.