Honeybees have served as a timeless bridge between the human world and the mystical. 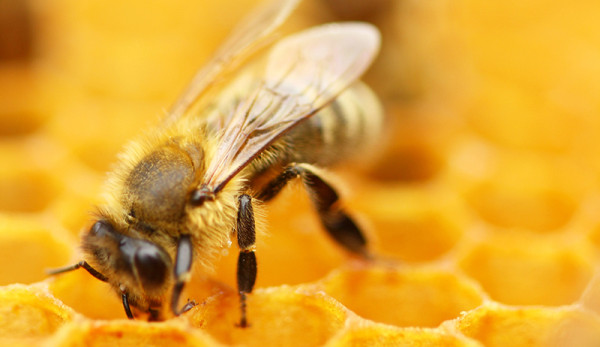 When I first started keeping bees, I approached the activity with as much pragmatism and science as I could muster. I thoroughly read every beekeeping book in my arsenal, cover to cover so as not to miss a thing. I diligently attended every local beekeeping club meeting. I picked the brains of the old-timers and mentors who were willing to listen and be accosted by my questions. Until I actually cracked open the lid of a hot summer hive, I did not understand the magic deep within the darkness of a colony of honeybees.

When my husband and I moved our young family to our current home, we left the hives behind for the interim. It was the middle of the season and their hive was stacked four, soon to be five, supers tall. We didn’t want to disrupt their flow, so to speak, but we failed to tell them we were leavingâ€”and that we’d be back for them, of course. In mid-July, against the odds, our big beautiful hive swarmed, to our sadness and confusion. My mentor laughed upon hearing the story.

What I thought was simply an old Appalachian superstition, is in fact, a very old tradition among beekeepers. The concept of “telling the bees” is widespread across cultures all over the world. There are countless other superstitions, myths and legends associated with the honeybee, as well. She has fascinated humans for so long, captivated us with her sweet charms and kept us at arm’s length with her power. Here are a few of my favorite myths, legends and folktales about the honeybee.

Messenger Of The Gods

In ancient Egypt, it was believed that Ra, the sun god, created the honeybee from his tears. The bee was then seen as the messenger of the gods, falling from Ra’s face, down to earth, where she could deliver the messages from the heavens.

The ancient Celts also saw honeybees as messengers between worlds. They considered honeybees bringers of wisdom and revered them for their role in the metaphysical.

Story Of The Stinger

Jupiter, king of the Roman gods, is said to have given the honeybee her stinger, to protect her honey. His wife, Juno, however, insisted there must be payment for this gift of a weapon, so Jupiter gave the stinger with the condition that the bee dies should she use it.

Honey played an important role in guiding the ancient Egyptians in the afterlife. Bees, beehives and bee relics, along with honey, were considered funerary gifts for the dead. The Egyptians weren’t the only culture to include honey as a gift or rites of passage for the deceased: the Romans, Hindus and Chinese all had rituals connecting honeybees, honey and death.

In the most similar tale to the Appalachian one mentioned above, Cornish folklore says that the beekeeper must inform his or her bees of an imminent move (especially not on Good Friday), lest they sting him/her to death. It’s also said you should never swear at your bees, or they will abscond the hive.

Many cultures believe that bees should be informed of their keeper’s death and sung to. It’s also customary to invite them to the funeral and offer them cake or drink from the service.

From Queen To King

Interestingly, but not surprisingly, as cultures around the world excised the role of women in powerful positions and adopted patriarchy, the perspective of the honeybee and her role changed. There was a shift towards calling the queen bee the “king bee;” the belief being that only a male could spearhead and guide such a successful, orderly living system. With that said, the honeybee, and her social dynamic, including the queen bee, have represented the divine feminine, various goddesses, Mother Earth and the nurturing space of the womb in cultures around the world.

Keeping bees is a hobby that centers around the evolution of the selfâ€”you may read all the books ever written about keeping honeybees, and you will still always learn something new, see something incredible and experience magic each new season that may never appear in print. The folklore and legends that have followed the honeybee throughout history are a testament to the magic she brings to the human world.