5 Pig Breeds For Your Hobby Farm

These pig breeds are perfectly suited to the small-scale farm. 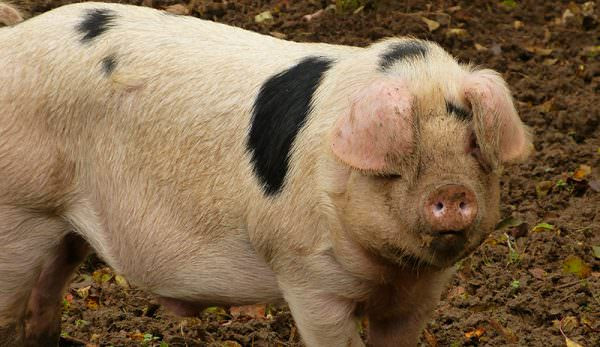 What are some good pig breeds to raise on a small-scale farm?

There truly is a hog breed for every person and husbandry method. All differ in growth rate, litter size, mature body size, time required to reach market weight and grazing ability. Here are five to consider.

Originating in Gloucestershire, England, Gloucestershire Old Spots (pictured above) were valued as orchard pigs because they are minimal rooters and donâ€™t damage tree roots. Traditionally, they were used to clean up fruit orchards, nut tree stands and crop residue. GOS are large and white with black spots, and their ears are large and lopped and cover the entire face to the snout. Mature sows are known for large litters and abundant milk. Full-sized GOS will reach 400 to 600 pounds by age 2. They are a gentle, sweet-tempered and highly adaptable breed that can be raised with a variety of management practices and in varied climates. Gloucestershire Old Spots Pig Breeders United is the largest breed registry in the U.S.

This breed has a red coat; white markings on the face, feet and belly; drooping ears; wide, slightly dished faces; curly tails; and even bodies from shoulder to ham with a slight arch to the back. They can be raised on pasture or in semiconfined conditions, and they grow well on a variety of feeds. Boars are known for their aggressive and prolific breeding habits; litter sizes average eight or nine piglets. Full-size Herefords range from 600 to 800 pounds at 2 years old. For more information, contact the National Hereford Hog Association.

This breed has an intensely black pigment in the hair and skin to protect it from sunburn. They have long, deep bodies and long, straight faces and snouts. Their large drooping (or lopped) ears nearly cover their faces. Large Blacks average 500 to 600 pounds and were originally raised in rough conditions, left to clean up fallen fruit and nuts from fields, brush, crops and hardwood forests. Mature sows average eight to 10 piglets per litter and produce ample milk to feed them. Large Blacks stay in production for eight to nine years, which is a highly desirable trait for homesteads. For more information, contact the Large Black Hog Association.

Originating in Berkshire, England, this large black pig has white feet, nose and tail tip. It was imported to New Jersey in 1823, making it the first purebred swine in the U.S. In 1875, the American Berkshire Association was formed to preserve the purebred stock. Berkshire meat is said to be richly flavored, dark red and well-marbled. Boars average 500 to 750 pounds; sows average 450 to 650 pounds.

This friendly breed comes from New Zealand, where it has been domesticated since the mid-1800s. Kune means â€śfat and roundâ€ť in Maori. The KuneKuneâ€™s body is round and sturdy with short legs, an upturned snout and two tassels hanging from its lower jaw. They usually weigh no more than 260 pounds. Kunes have a great temperament and fatten readily on grass, being considered a grazing pig instead of a forager. They produce a quality carcass, though itâ€™s fattier than that of a commercial pig breed. For more information, contact the American KuneÂ­kune Pig Registry.

This article was excerpted from Hobby Farm Animals (2015).