5 Predators After Your Livestock

Here are details on identifying and protecting against predators, the natural enemies of your animals, on the ground. 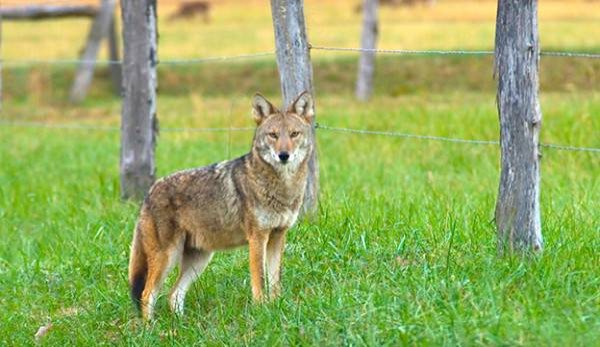 A pile of feathers here, a dead lamb there: Predators are an unfortunate reality of keeping livestock on the farm. While a predator threat is outside of your control, you can better prevent attacks on your animals if you know what is lurking in the distance and take precautions to keep them safe from those predators. Hereâ€™s what you should know about five common land-based predators so you can be on guard.

Signs of Predation: Badgers are pigeon-toed, meaning their long-toenailed tracks point inward, and are more rectangular than dogs’ tracks. After eating their prey, these predators might bury the body parts in holes in the ground.

Protect Your Farm: Trapping or hunting are primary means of control.

Habitat: Nationwide in a variety of habitats, including urban/suburban areas; they seek areas of good cover, such as woodlands or shrublands, for denning and protection. These predators are often found hunting along areas where open land and woodlands meet.

Signs of Predation: Coyote footprints look like dog tracks, though more rectangular with the toes closer together. These predators usually kill their prey around dawn or dusk, which is when theyâ€™re most active, though they can hunt any time of day. They often take down their prey by attacking the hindquarters and sides. The prey will also have bite marks on the neck, throat and top of the skull. Coyotes consume the organs and intestines of their kills.

Protect Your Farm: Coyotes might not have the natural instinct to kill livestockâ€”itâ€™s thought to be a learned behaviorâ€”so if you see a coyote near your farm but aren’t experiencing predation, keeping that coyote around can actually deter other, possibly more dangerous, coyotes from moving in. These coyotes might be helping to control your rodent population, too.

Electric net fencing, 5-foot wire-mesh fencing with a portion buried underground, guardian animals and frightening devices can keep these predators away from your livestock, while trapping and hunting are removal options.

Livestock at Risk: Poultry and small and/or young livestock

Signs of Predation: Dog prints are round with the toes spread farther apart than those of coyotes, and their rear legs generally track slightly to the side of their front legs. Canine predators (especially domestic dogs) usually kill for fun rather than for food, so theyâ€™re likely to maul their prey but not eat it. A pack of dogs can do quite a bit of damage to a flock, often harassing and chasing your animals, causing stress and even running them through fences.

Protect Your Farm: Electric net fencing and wire-mesh fencing can keep these predators from having direct contact with your animals. Livestock guardian donkeys and llamas are effective against dogs, but some guardian dogs can become friendly with visiting dogs, making them less effective protectors.

Livestock at Risk: Livestock of all kinds

Signs of Predation: Bears have five toes, but the small fifth toe doesn’t always leave a track. Prints are long and resemble human feet. These predators kill their prey with forceâ€”biting and mauling as necessary to reach their goal. They’ll eat udders, organs and muscle, sometimes leaving behind only skin, bones, and the stomach or intestines. A bear might leave behind feces as a calling card near the kill and might move the prey to a more secluded spot. The presence of a bear can cause animals to stampede and run through fences. They generally don’t stop their show with just one kill, either, and theyâ€™re known for rooting through trash cans and bee hives, too.

Protect Your Farm: The grizzly bear is listed as threatened under the Endangered Species Act, so itâ€™s protected. If you believe you have a grizzly bear problem, contact your state department of fish and game. Black bears can be fenced out with two or three strands of electric ribbon and deterred with frightening devices, but they can become desensitized to those after using for a while. Black bear hunting laws vary by state. Young livestock brought indoors at night will reduce bear visits, too.

Habitat: Through most of the U.S., except the Rocky Mountains and Great Plains; they like open areas, wetlands and brushy fields.

Signs of Predation: Fox prints are smaller than coyote and dog tracks, and they generally have a smaller stride. These predators usually attack at night, targeting the throats of livestock but sometimes biting along the neck and back. They eat the viscera, nose and tongue of livestock, and the muscles of poultry. A fox will likely take away poultry and small animals to its den to feed its young.

Protect Your Farm: Be sure wire-mesh fencing is secure, not leaving room for foxes to squeeze under. Guardian dogs and frightening devices can keep these predators out of livestock and poultry areas. Hunting and trapping are common means of removal. Clean up other potential food sources, such as meat scraps in compost piles, pet food and fruit, to give foxes one less excuse to visit.

There are many animals out there that want a piece of your livestock-farming action. Your state’s cooperative extension has information about livestock and poultry predators specific to your area. Work with neighboring farmers to identify and control problems, too, as a predator won’t stick to just one piece of property.