Think you know all there is to know about sheep? Think again! 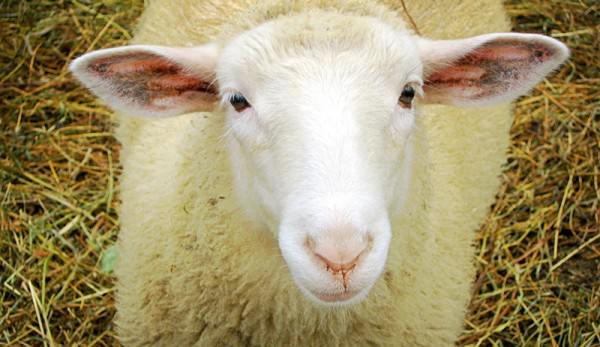 Sheep are saddled with centuries worth of stereotypes, commonly described as docile and dumb. But these five fascinating findings from research show that much of what we think we know just ain‚Äôt so.

Research conducted at the Babraham Institute in Cambridge, England, has shown that sheep recognize and remember faces‚Äîboth sheep and human‚Äîand that they react to different facial expressions. In these experiments, 20 sheep were presented with pictures of 25 pairs of sheep faces. Researchers trained the sheep to associate one of the 25 pairs with a food reward. Results indicated that sheep can remember the faces of at least 10 people and 50 different sheep faces for over two years. Much like humans, they also prefer a smile to other, less friendly expressions.

Professor Jenny Morton studies neurological disorders, including the dementia-causing Huntington‚Äôs Disease, at the University of Cambridge in England. Sheep have found their way into Professor Morton‚Äôs work because they may serve as an animal model of Huntington’s Disease.

Morton‚Äôs experiments with Welsh Mountain sheep indicate that, in some learning tasks, sheep perform at a level similar to that of monkeys and humans. As the UK‚Äôs Telegraph newspaper reported that Morton used yellow and blue buckets to see how long it took the sheep to learn that they could find food in the same colored bucket each time. The sheep learned this after about seven sessions, about as long as monkeys and humans require in comparable tests. When Morton swapped the food into a different colored bucket, the sheep adapted, as they also did when they had to learn where food was according to colored shapes. These are sophisticated rule changes that even humans require some time to learn, and that mice and rats cannot do at all.

Wool growers and shepherds keep sheep segregated by sex most of the time, allowing rams and ewes to mix only when it‚Äôs breeding time. But research indicates that sex segregation happens even without the help of a shepherd, and that social organization varies widely by breed.

4. Woolier Sheep May Predict The Weather

Even in the age of radar, satellites and every sort of sensor, natural weather forecasters use signs like wool growth to predict the weather. David King is one such individual, and he has built up a good track record over the course of 50 years: The Telegraph reports that ‚ÄúMr. King, 76, can predict conditions three to six months ahead with an astonishing 90 per cent accuracy.‚Äù

Fiber folk often say that ‚Äúwool waxes as winter wanes,‚Äù a succinct way of noting that sheep grow their heaviest fleece from late summer through the winter solstice. Studies suggest that wool growth‚Äîlike onion growth‚Äîis affected by light (photoperiodicity), and specifically the decrease in daylight hours, rather than by temperature. One study, for example, found a trough in wool production in August through September and a peak in January, and indicated that David King‚Äôs technique may be more than folk art: the seasonal wool growth pattern of sheep at pasture appeared similar to the photoperiodic rhythm, but occurred about one month earlier.

Research by Professor Debbie Charney and Add DiPastina at Cornell University wanted to find out if the composition of ewe‚Äôs milk changes over the course of lactation because consistency in nutrition is critical to lamb growth and survival. As reported in Sheep! Magazine (v.36:6, page 15) the Cornell team collected milk samples from each lactating ewe in the study six times daily, at lactation days 18, 19, 20, 38, 39 and 40. Samples were subsequently analyzed for fat, protein and lactose content by time of day and lactation stage.

The team found that milk composition did, indeed, change over time, with significant differences in average protein and lactose by lactation stage. In addition, ewes in the early lactation stage produced the highest volume of milk between 4 a.m. and 8 a.m., with a drop in production between 12 p.m. and 8 p.m. Production increased again near midnight.