What are you thankful for in 2019? Get inspired as one farmer counts his blessings from a busy and productive year of farming projects. 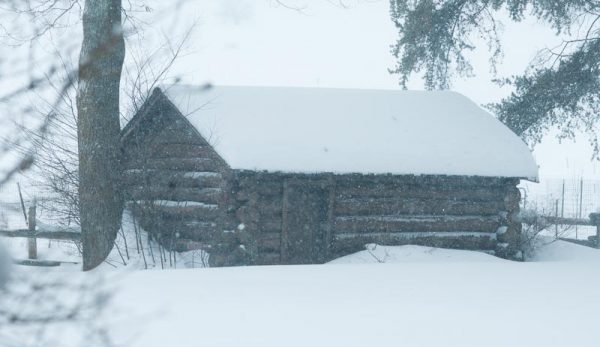 December has arrived, and a new year is preparing to introduce itself. Thanksgiving was an important start to this season of gratitude, and I’m gazing at this final page in my calendar with a full heart as I reflect on what I’m thankful for in 2019.

Farmers always have a lot to be thankful for, and, speaking personally, I count 2019 as a particularly memorable year. From start to finish, the year was action-packed, productive and satisfying. I was able to tackle some big projects and lay the groundwork for a few others that I’m looking forward to tackling in 2020.

But I won’t put the cart before the horse. First, I’d like to look back on a few of the things I’m thankful for in 2019. Some are practical, some are amusing, and all are fun to reflect on. Hopefully they’ll spark you to think back on your own year and everything you have to be thankful for.

Seven apple trees and three plum trees—those were the foundation trees I planted in August 2018 to start a new orchard, and I’m thankful to report they all survived one of the toughest winters in recent Wisconsin memory. Despite cold temperatures, gobs of snow and a severe ice storm in February, every tree blossomed in the spring and nine of them produced fruit. Here’s a tip—KinderKrisp apples are delicious! I planted nine more fruit trees in 2019 and am looking forward to another healthy fruit crop next year.

By far my biggest project of the year was constructing a perimeter fence to protect my young orchard from hungry deer. I was able to save on expenses by using trees as fence posts on three sides of the orchard, while for the front section our friend and neighbor generously brought his tractor and auger to drill fence post holes. Using an auger sure beats digging with a manual post-hole digger!

So far, the fence is doing its job. The deer have rerouted their walking trails to maneuver around my orchard, and after studying their tracks in the snow I’m fairly confident they’re not searching for a way in. Fingers crossed this remains the case throughout the winter!

We couldn’t have asked for better hay-baling weather during the summer. We had plenty of three-day sunny stretches and were able to wrap up baling by early August, which is about as good as you can hope for when putting up around 1,600 bales with a small crew in northern Wisconsin. Using a hay moisture tester sped up the process, allowing us to quickly and analytically determine the moisture content of windrows and bales.

4. The Return of a Farm Heirloom

On the 100th anniversary of our farm, we were delighted to receive as a gift an old woodbox built on our farm at least 50 years ago. The craftsmanship of the woodbox is instantly recognizable—it’s assembled in the same manner as the doors on our barns and outbuildings—and as a farm history buff I’m thankful to see this antique return to its place of origin after more than half a century.

5. Another Year With My Red Wagon

Yep! In case you were wondering, my trusty red wagon is still alive and well. Yet another section had to be screwed back together with replacement boards, but even though it’s pushing 30 years old, it survived another busy year transporting fruit trees, lumber, rocks, compost, tools, generators and countless other items.

What are you thankful for this year?