5 Truths About Animal Welfare In Hatcheries

Some things you hear about hatcheries are true—and some aren’t. 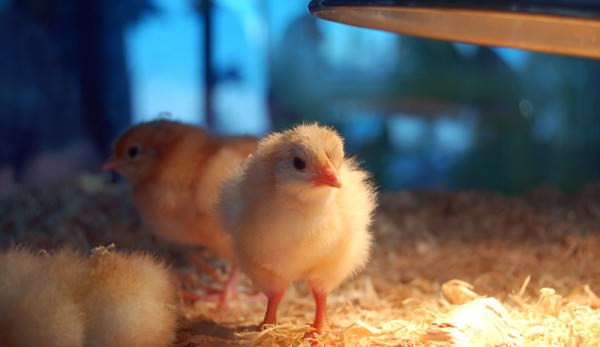 For some, chicken keeping is a way to detach from the industrial agriculture system and have more control over the health and welfare of the animals the provide us food. However, detaching from the commercial poultry industry usually involves some reliance on the front-end of that industry: hatcheries.

Hatcheries supply large poultry producers with breeds, like the Cornish X, developed for maximum meat production in the shortest amount of time, but that’s not all they provide. Hatcheries also supply backyard keepers, independent breeders and small farms with endangered heritage breeds, each with its own purpose, personality, and flavor.

Many historically significant chicken breeds have simply fallen out of widespread favor. Without their availability at hatcheries, backyards and small farms would lose access to the breeds, and the breeds would become further endangered or lost forever.

A popular myth is that shipping chicks through the mail in inhumane. The language some use in attempt to deter people from keeping a small flock is that chicks are “deprived” of food and water, that chicks are “handled roughly,” and that birds arrive “sickly” and “injured.”

In transit, accidents sometimes do happen to a chick order, but the United States Postal Service has been shipping day-old baby chicks successfully for more 100 years. Why chicks can be shipped through the mail is actually very simple.

A couple days before a chick hatches, the chick absorbs its yolk sac within the egg. This provides all the nutrition and fluids a chick needs for its first 72 hours of life. After 72 hours’ time, a chick could never survive transit—it would indeed starve to death. Joel Salatin elaborates on the why in his book Folks, This Ain’t Normal (Center Street, 2012). He explains plainly that in the natural world, when a broody hen hatches her eggs, they don’t all hatch at the same time. The first to hatch must stay with its mother until the rest of her chicks hatch in order to stay warm; conversely, the mother hen can’t take her first babies to food, because the unhatched would get cold and die.

For shipping, chicks are packed in a box with holes that’s labeled as containing live animals. They’re surrounded with padding, and then they’re shipped with enough flock mates to stay warm enough to survive (not unwanted males as is often rumored). Small chick orders for backyard flocks are often shipped with a heat pack in early spring and late fall. Ordering from a hatchery nearest to you can ensure they reach you within their first 24 to 48 hours of life. Their shipping is taken seriously, and they arrive to your post office quickly.

The matter of unwanted male chicks is a real concern. The best-behaved roosters grow to become flock companions and breeding stock, but the future for most male chickens is bleak.

The most suitable and humane destination for a rooster is the dinner table, but most backyard keepers (and municipalities) denounce the responsibility of processing unwanted roosters for food. In a small flock, a high rooster-to-hen ratio can cause serious physical damage to hens when they’re overbred. Roosters can also be noise nuisances, and males tend to fight each other for territory and favorite hens.

Sometimes, unwanted males are included as free bonuses in large, straight run farm orders. More often, they’re destroyed at large hatcheries when the females are separated for shipping. Other times, the males are incorrectly sexed as females, wind up in small flocks and are eventually rehomed. However, the worst outcome for an aggressive rooster is to be rehomed with someone who intends to use the animal for cockfighting, an activity some people still think is acceptable. Arguably for the rooster, becoming the centerpiece of the dinner table is a more compassionate end for him.

The matter of male chicks will continue to be an issue that chicken keepers have to make some peace with. Until more people are willing to process their own chickens for food, like backyard keepers did before industrialization, destroying chicks and rehoming unwanted birds will continue. A hen is a source of wholesome food for many years, while a rooster’s most ideal contribution is one family dinner. The problem of unwanted male chickens shouldn’t outweigh the value of a flock of laying hens.

Genetic similarity within a breed is very common within one hatchery. However, between hatcheries, a single breed is very diverse. For a chicken keeper looking to increase diversity, or to introduce fresh breeding stock, ordering from different hatcheries is ideal.

Genetically diverse animals are more likely to fend off disease through subsequent generations. As chickens’ diversity evolves, it does so along with the natural evolution of existing pathogens, so the livestock can compete against illness. Genetic similarity in a flock leaves a flock vulnerable to disease outbreaks than can destroy the flock. For the small backyard flock, collecting many different breeds will help create a genetically diverse flock. If a pathogen is introduced to a genetically diverse flock and the flock becomes ill, it’s less likely that the entire flock will perish.

A great option for chicken keepers without a breed preference—or who prefer not to do business with hatcheries—is to buy chicks from someone breeding mixed breeds locally. Mixed breeds are naturally genetically diverse. However, it’s less likely that a local breeder is skilled at accurately sexing chicks—even hatchery experts sometimes get it wrong.

Hatcheries follow biosecurity regulations, most often successfully. But when purchasing chicks, pullets or chickens from a home breeder, a farm, or adopting unwanted chickens, ask about their biosecurity measures before bringing the animals home, especially when adding to an existing flock. Bringing home disease-free animals is a must.

The USDA outlines biosecurity measures and illness reporting information for the home flock.