Take these five lessons from the top of the urban-farm food chain to improve your backyard, rooftop, patio or community garden. 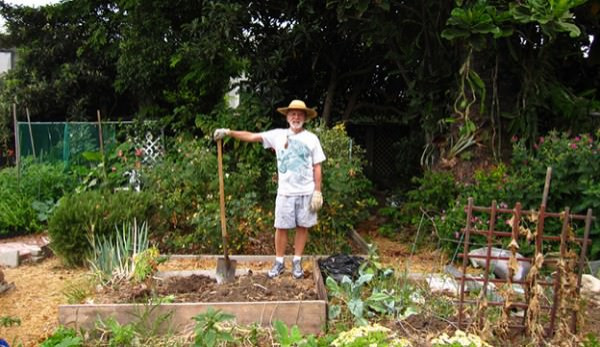 You may think an urban farm or garden starts withÂ soil or seeds, but, really, it starts with connections amongÂ people who have a desire to do something good. It is built on the bedrock of relationships that persevere through, shall we say, sunshine as well as stormy weather. For those urban farmers gardening in a postage-stamp-sized lot, the ingenuity put forth by city urban farmers with a whole acre in the city can be awe inspiring. Their large-scale efforts can teach a lot about how to improve any urban-farming situation on a small scale.

Lesson No. 1: Establish an atmosphere of trust and accessibility.

To lock or not to lock? That was the question at our newÂ community garden in Dunwoody, Ga.: whether â€™twas nobler in the mind to suffer the stealing of an outrageous fortune inÂ tomatoes or to take arms against a sea of vandalizing teenagers, and by opposing, end it. These were the butchered words of Shakespeareâ€™s Hamlet that were rolling around in my head as I left my own suburban hamlet to visit an urban farm in Atlanta. I exited the highway and made a couple left turns to arrive at the Truly Living Well Center for Natural Urban Agricultureâ€™s East Point location.

No lock here. Rashid Nuri, an urban organic farmer and agricultural educator who has lived and worked in 30 countries, not only has no lock on his 1/2-acre urban farm; he has no fence. He simply has rows of gorgeous cropsâ€”kale, garlic, lettuce, Swiss chard, tomatoes, peppers, basil and moreâ€”that he sells to the cityâ€™s bestÂ farm-to-table restaurants and distributes toÂ CSA members every Wednesday afternoon year-round.

Thus, I learned the first lesson.

Back at my community garden, when a â€śrandom act of healthy eatingâ€ť occurred and some members called for a lock to be added to the gate, I shared Nuriâ€™s advice, and instead, we came up with other ways to deter theft. We built a special bed in which we planted highly desirable crops and added a tongue-in-cheek sign that read, â€śThieves: Please steal here.â€ť

We reminded our members that they increase the chance for theft when they allow their crops to rot on the vine, sending the message that they donâ€™t value them, and we invited anyone to donate excess crops to the food pantry for which we harvest each week from designated beds. More importantly, Nuriâ€™s words caused me to think about not just small potatoes (reducing theft) but the big picture (addressing hunger) and reminded me, once again, that we are not just growing food but also knowledge, community and compassion.

Lesson No. 2: Observe and participate, then you shall learn.

That day at TLW, I double-dug beds and spread compost, planted garlic (pointy side up!), used a stirrup hoe to slice off weeds in mere moments rather than hand-picking them for hours, and helped measure new rows. (Nuri likes them 40 inches wide.) These were all effective urban-farming methods that would be useful not only in my community garden but in my home garden, as well. In short, I learned urban farmers have a lot to teach one another, and we need to be open to learning.

Lesson No. 3: More is possible in less time than you think.

Nuri works on three urban farms, including one he just broke ground on in Atlantaâ€™s historic Fourth Ward, on the site of the razed Wheat Street Gardens apartment complex. I visited him here when it was just one month old, and this 8-acre urban farm already showcased 50 25-foot raised beds, two small fields for row crops, an herb and flower garden, a greenhouse, fruit trees, a compost operation, and space for an office and farmersâ€™ market.

Nuri works full time at his urban-farming operation, and he received grants to help fund the new urban farm, so these two details worked in his favor. If youâ€™re not farming as your main occupation or are struggling to fund your farm or garden, consider bartering time and materials, tapping into your communityâ€™s volunteer organizations (such as the Boy Scouts of America, who love to build and always seem to need new Eagle Scout projects), and starting small, growing conservatively as time and funds allow. Youâ€™ll still be shocked at how much you accomplish with every single hour of effort.

Pattie Baker, aka Sustainable Pattie, plants seeds of change through fact, fiction, and photography. See her books at Amazon: http://www.amazon.com/Pattie-Baker/e/B005JBN7ZK