5 Urban-Farming Projects That Need Your Support

These nonprofits provide urban farmers like you the support they need to start growing in the city—and they could use your help. 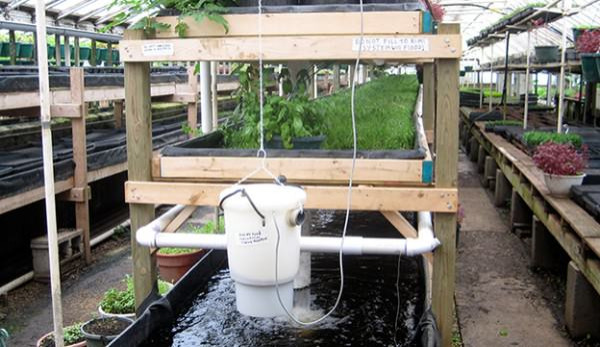 For many people, gardening in the confines of a city may seem like a new idea. Throughout history, farms have belonged in the country, and the divide between city folk and country folk has often seemed great. However, a new generation of urban farmers are rising up and bringing a whole new set of challenges to agriculture. Who will teach urban farmers—many of whom have no family farming legacy—how to work the land with skill and consideration for future generations? Who will help research new ideas and create new techniques for urban farming, a task that looks drastically different from its rural cousin? Who will help fund new, innovative farms in a world where farm subsidies go almost exclusively to large-scale corporate farms far outside city limits?

The answer lies in a handful of organizations working to change the face of urban farming through a variety of activities and projects. These organizations have been at the forefront of the urban-farming movement and seek to lead urban farmers into a brave new world of healthier communities and a more stable food supply. To make these ideas happen, though, these projects need the support of people like you and me. Whether you’re a farmer or a consumer, your life is impacted by food, and your support of any or all of these organizations can help move the future of food forward.

Growing Power is led by one of the nation’s leading urban farmers, Will Allen, who has established a reputation for himself as an innovator in the urban food movement. Through Growing Power, he shares his knowledge with urban farms from coast to coast, in the United States and beyond. Both a nonprofit and land trust, Growing Power’s goal is “to grow food, to grow minds, and to grow community,” according to its mission statement. Growing Power offers workshops, demonstrations and trainings in major U.S. cities and abroad. More than an educational powerhouse, Growing Power also includes working farms that grow and sell products to city-dwellers. Growing Power accepts online donations, but also maintains a lists of goods and services desired for donation (LINK: http://www.growingpower.org/about/food_donation/).

Vertical farming is an important development in the quest for a stable food supply in urban environments. In metro locations, where land is scarce and sells at a premium, growing up instead of out can be a lifesaver for urban-farming initiatives. The Association for Vertical Farming is an international nonprofit that works to share information and encourage development of urban farms that specifically use vertical farming techniques.

Perhaps you can’t contribute money to the cause of urban gardening, but what can you contribute? What about data? If urban farming is going to stick around and become a valid use of land, especially in the eyes of city planning commissions everywhere, there needs to be a set of benchmarks to measure the success or failure of urban farming on many different levels. Enter the data collection toolkit at Farming Concrete.

This project, created in New York City by the Design Trust for Public Space, was originally created to track the production of urban farms in New York City. Today, the data includes urban farms across the United States, as well as internationally. Data tracked includes crop production, landfill waste diversion, compost production and other measurements. You can track your data on paper, right in the garden, and then enter it online at a later date. In less than a year since users began collecting data at Farming Concrete, the site has recorded nearly 50,000 pounds of harvested crops.

Urban Farming is an international nonprofit dedicated to promoting the cause of urban farming and ending global hunger. Urban Farming bills itself as “more than a gardening organization,” and offers a plethora of ways to learn and get involved in Urban Farming. You can donate to the cause, register your own garden in the online urban-garden directory or watch educational videos dedicated to urban farming.

While not all community gardens are located in urban areas, many are. Because land is limited, sharing garden space with friends and neighbors is often the most practical way for urban farmers to get started. The American Community Gardening Association is working to further the cause of urban gardening in the United States and Canada by offering several regional workshops, as well as an annual conference. You can also join ACGA as a member, which comes with additional benefits.

These are just a handful of national organizations and opportunities for supporting urban farming beyond your yard, apartment or shared garden space, but don’t just look to national organizations for help or information about your urban farm. Nearly all urban cities have nonprofits and other entities devoted specifically to the causes of urban gardening within the city. Some cities even have groups devoted to specific niches, such as beekeeping or raising poultry. Check with area organizations to find a community of people near you who share your passion for urban farming.

Jamie Aramini is a freelance writer and founder of Sustainable Kentucky, a website devoted to the green movement in the Bluegrass State. She is an avid gardener, mother of two and a farmers market manager. In 2015, she opened a local food store to connect local farmers and consumers in her community.