As a grower of food, you have huge leverage in helping prevent hunger in your community and across the nation. Start making a difference on World Food Day with this inspiration. 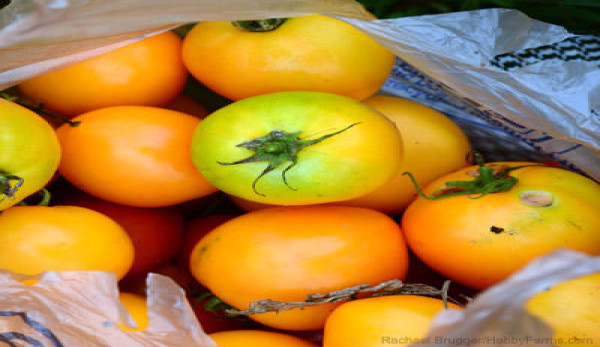 Iâ€™ve heard this statistic many times, but each and every time I come across it, Iâ€™m startled and saddened by what it represents for the people of our country: one in six people in the U.S. do not know where their next meal is coming from.

That data, provided by Feeding America, a nationwide network of food banks, translates to more than 52 million men, women and children in what is presumably one of the wealthiest countries in the world classified as “food insecure.â€ť While our traditional ideas of poverty and hunger might elicit images of bare-boned humans in developing countries living on a bowl of rice per dayâ€”and rightfully so, according to the World Food Programme, the majority of the worldâ€™s hungry (842 million people) live in developing countriesâ€” itâ€™s all too easy to forget that there are children who attend our schools and neighbors who live up the street who are threatened by hunger, too.

World Food Day, Oct. 16, was established by the United Nationâ€™s Food and Agriculture Organization in 1979, as a time of international cooperation in overcoming the hurdles associated with hunger, malnutrition and poverty and in highlighting achievements in food security and agricultural development. This week, you can join with others in your community to strategize how to help alleviate the hunger burden. This yearâ€™s World Food Day theme, “Sustainable Food Systems for Food Security and Nutrition,â€ť should resonate deeply with hobby farmers who put healthy and ethical gardening and husbandry practices at the forefront of their farming method.

While chances are you are already taking action against hunger in one way or another, here are some additional ideas to inspire your efforts.

1. Open up your farm to gleaners.
Historically, farmers would leave the outside edges of their farms unharvested so that hungry passersby could stop and “glean,â€ť or pick, something to eat. While some urban and suburban farmers have planted front-yard gardens simulating this practice, gleaning has evolved to something quite different in the 21st century. Farmers nowadays arenâ€™t strangers to the world of windfall fruits and bumper vegetable harvests, and sometimes these items are thrown away or tilled under because the farmer doesnâ€™t have time to do anything with them. By allowing volunteer gleaners to come to your farm to pick this produce to donate to the hungry, you not only gain yourself some free labor, youâ€™re filling hungry bellies in the process.

2. Promote your ugly produce.
Hunger doesnâ€™t exist in the U.S. because of lack of foodâ€”according to Sustainable America, the U.S. wastes up to 40 percent of its food, and a quarter of that is because consumers simply throw it away. How many of us are guilty of tossing a bruised apple or split tomato because it wonâ€™t sell at market? While you might have grown accustomed to including these produce “secondsâ€ť into jams orÂ sauces for your own use, you can open up a market for these imperfections, as well. Offer the damaged produce at a discount price so theyâ€™re more affordable to a family wanting to put up canned goods to make ends meet or to an entrepreneur trying to start up aÂ food-based enterprise to earn extra income.

3. Set up shop in a food desert.
While farmersâ€™ markets are growing exponentially across the U.S., many arenâ€™t accessible to those lacking transportation or with limited cash in their pockets. Encourage the farmersâ€™ market where you sell to open up a location in a food desert, so community members who arenâ€™t within walking distance to a grocery store can have access to your fresh, healthy fruits and vegetables. If possible, also offerÂ SNAP benefits to your customers.

4. Save seedsâ€”and give them away.
Not only a favored method for promoting your favorite heirloom plants, you can alsoÂ save seeds to give away to people to grow their own food. If you donâ€™t have time to teach people how to use your seeds to grow their own garden, partner with the county extension or a community group that has a garden-literacy program in place and donate your seeds to them.

5. Teach your children to farm.
Farmers are central to making sure people eatâ€”thatâ€™s a givenâ€”but according to the EPA, the age of the average farmer is rising. To make matters worse, the amount of available farmland is dwindling. By teaching your children to value the profession of farming, youâ€™re securing a new generation of lovers of the land and competent individuals who will be equipped to tackle agricultureâ€™s future challenges.