5 Ways to Earn Money on Your Excess Produce

It’s good to have a contingency plan for excess produce because even the most meticulous garden planner can end up with too much. 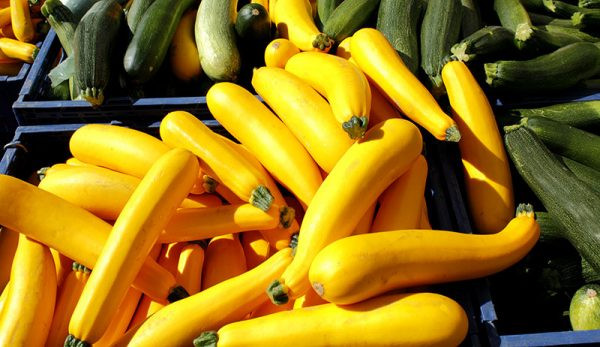 For some crops, overproduction is nearly unavoidable in the middle of the summer. Healthy squash or zucchini, tomatoes, eggplants, peppers, okra and others can often produce so much food as to make it hard for anyone in any market to sell it. That said, there are definitely a number of ways to make money off this excess produce. Some methods are very practical while others might take a little more work and creativity, but excess doesn’t have to be a problem in the garden—it can just as easily be a boon.

Dealing with excess produce is something that starts in the garden plan. Ideally, you won’t produce more of any one crop than you can reasonably sell. This can be difficult, of course. Yet planting smaller amounts while making sure each crop succeeds is a more cost-effective and efficient strategy to reduce wasted effort than planting a bunch and hoping it sells. That said, it’s good to have a contingency plan because even the most meticulously planned garden can overproduce. So let’s look at what to fit into that plan.

Farmers make the common mistake of calling chefs for the first time when the bounty is in rather than months before. Relationships with restaurants start in the winter, not just when the farmer needs to sell excess produce. Building good relationships with chef opens the possibility of them buying extra of some product when you have it. If this situation, you might very well be one of a dozen other farmers contacting them to get the sale.

Even when your plants overproduce, that doesn’t mean you should underpick. Even when you have excess produce, harvest crops when they are still going so that the bounty can be marketable. Too often, I see farmers trying to peddle extra large squash or zucchini or okra that was obviously neglected in the field. If it looks good and is picked at the right time, it will always sell better. In fact, sometimes, when in full bounty, we will often pick harder and sell small squashes and zucchini or cucumbers as “baby” crops, which reduces the amount of large squash we have while producing a whole new product for consumers.

Having some sort of large cooler dramatically improves one’s ability to maintain quality as described above, which keeps excess produce sellable. So regardless of where the product ends up, it won’t rot in a warm space but rather be kept marketable for a longer period of time.

If you have access to a commercial kitchen or already have a home processing license, finding ways to preserve the bounty will always help to use it but also potentially make those extra tomatoes or squash or basil more valuable. Squashes can be easily frozen, as can pestos (without the cheese). Tomatoes and corn are also easy to freeze or can. And who doesn’t love a good pickle? Lots of options here.

5. Have Customers Pick Their Own

We often think of berries when we hear the term “pick your own” but why not tomatoes for canners? Cherry tomatoes? Potatoes? Okra? Don’t forget that customers increasingly want a connection to their food—this can be a good way to get some help and make a little extra money when the garden is producing more than you can keep up with.