6 Ailments That Are Common In Aging Hens

Age is a more than a number when it comes to aging hens, as advancing years bring ailments for older backyard poultry. Here are the top six conditions. 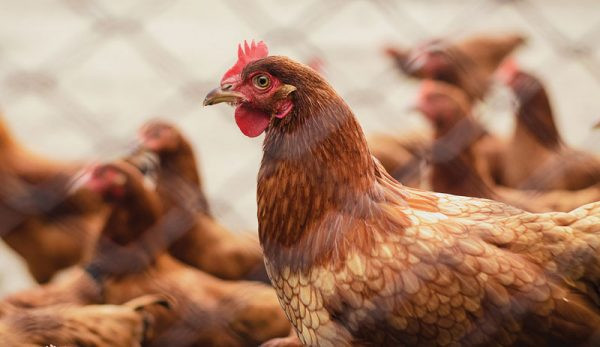 Just like us humans, chickens start to show wear and tear as they reach advanced age. It’s natural, butâ€”also like with us humansâ€”maintaining the health of aging hens isn’t as easy as caring for spring chickens!

Some conditions of chickens are slow to develop, becoming apparent in aging backyard hens kept well past their prime. Here are a few such ailments that may appear in older hens.

Pendulous crop can result from a loss of muscle tone as a chicken ages.

The crop becomes so fully distended that the muscles get stretched beyond their ability to bounce back. The more the hen eats and drinks, the more the crop bulges. Eventually, the squishy, baggy organ hangs down and swings back and forth like a pendulum.

In time, the crop muscles may become so severely stretched they canâ€™t return to normal.

Some hens get along quite well despite having a distended crop. However, because the crop never fully empties, digestion may be impaired. In these cases, the condition eventually leads to emaciation and death.

The most common noninfectious cause of sudden death in backyard laying hens is fatty liver syndrome.

When a hen starts laying eggs, fat accumulates in her liver. This makes the organ soft, with a pale yellow color compared to the liver of a rooster the same age.

Although this change to the liver is normal, in nearly all cases of death due to fatty liver syndrome, the unfortunate hens are excessively fat.

Deaths most often occur during the summer, when a henâ€™s need for dietary energy decreases but she is fed too much energy relative to protein. (In other words, she gets too many grain treats).

Osteoporosis occurs when the bones become brittle and fragile and fracture more easily.

This condition typically occurs to a really good laying hen that produces an egg nearly every day, but doesnâ€™t absorb enough dietary calcium.

Calcium is delivered in the form of large-particle oyster shell or limestone granules. The mineral puts a sturdy shell around each egg. When calcium is low, a hen will use up a considerable amount of skeletal calcium to form each eggshell.

As a result, the hen gradually loses structural bone throughout her productive life. She will eventually have difficulty standing and walking.

If the hen is otherwise healthy, during periods when sheâ€™s not laying eggs, her body reduces the production of estrogen. This allows her to resume forming structural bone, restoring some strength to her skeletal structure.

Marekâ€™s is caused by a herpesvirus that primarily infects young and growing chickens but can also affect aging hens. It is so common that you can safely assume your chickens have Marekâ€™s virus, even if they donâ€™t show any signs of infection.

The virus can remain dormant in a henâ€™s body, causing slow-growing tumors that produce no other signs until they become so massive in an aging bird that the chicken cannot survive.

Fayoumis, with their ultra-strong constitution, are resistant to Marekâ€™s disease.

Sebrights and Silkies, on the other hand, tend to be particularly susceptible. So are some strains of Polish, among other fancy breeds.

Avian tuberculosis is a chronic bacterial disease that spreads slowly from one chicken to another and takes a long time to develop. It affects chickens that pick in soil, feed or water that has been contaminated by the droppings of infected chickens or other infected animals.

It is especially prevalent in the Midwestern states where chickens free-range, are kept in multi-age flocks or are housed in contact with sheep or pigs.

The typical sign of ATB is a gradual weight loss while eating well, resulting in emaciation and eventually death. (This condition is known as going light).

No effective treatment is known.

Heart failure can afflict older chickens and has many different causes. Sometimes itâ€™s not just one big thing but an accumulation of lesser things over the years.

To handle the greater stress, the size of a chickenâ€™s heart relative to its body mass is about 0.8 percent, compared to a humanâ€™s heart size to body mass of about 0.6 percent.

Despite this adaptation, tumors or excess body fat that cause breathing difficulty can restrict oxygen intake and make the heart work harder. For todayâ€™s pampered backyard hens, guarding against obesity is a major step toward preventing heart failure.