Good for more than food, mushrooms just might be one of the most fascinating life forms on the planet. 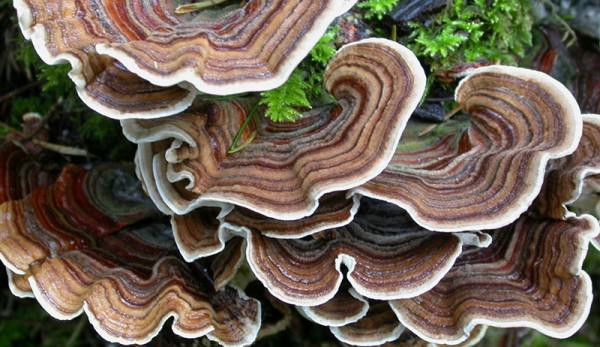 Admittedly, mushrooms don’t need much help in convincing the world they are amazing. Their cancer-fighting, antibacterial and, yes, even antifungal properties are well-documented. Their culinary potential is no secret. They are beautiful, bountiful and can even glow in the dark. But the truth is, we are just beginning to discover exactly how truly amazing fungi are, and how handy they may be over the next century in a variety of different ways. Will they reverse climate change? Will they stop the rise of drug-resistant superbugs? Let’s have a look.

When threatened by bacteria or other pathogens, fungi produce powerful defensive enzymes called secondary metabolites. (Stay with me here.) These are enzymes packed full of unique antibacterial and antifungal compounds, and we have long exploited this natural defense mechanism for our own medicine. Indeed, this sort of “co-culturing” is where penicillin, among many other lifesavers, comes from.

But at least one mycologist, Tradd Cotter, is looking to take the idea of pinning fungi against bacteria one step further. Instead of isolating only the antibacterial compounds found in these enzymes and then synthesizing them as we do now, Cotter is looking to find mushrooms that will produce metabolites that themselves, in whole, would be the medicine. One day you may “feed” a fungus your strep throat culture, for example, and the fungus would produce a medicine designed precisely for you and your illnessâ€”a patient- and disease-specific antibiotic.

“The way it differs from modern antibiotics is that it is specific and it’s something the mushroom is producing on demand at a moment’s notice immediately for what it needs to do,” Cotter says. This means it could be at least one answer to the rise of the drug-resistant bacteria that are becoming increasingly savvy to our antibiotics. Pretty neat stuff!

Itâ€™s no secret that plastics are becoming a serious problem in our oceans and landfills, but mushrooms may pose a profoundly useful alternative. In his enlightening TED talk, “Are Mushrooms the New Plastic,” product designer Eben Bayer describes how his company, EcoVative, is using fungi to build containers that are not only easy to recycle but also “self-assembling.” By using myceliumâ€”a mushrooms version of a root systemâ€”to “mold things like you do in the plastics industry,” you can create materials that do many, if not all, of the same jobs. “And,” Bayer goes on, “because they are made of natural materials, they are 100-percent compostable in your own backyard.”

Entomepathogenic is not just a fun word to sayâ€”itâ€™s is also a type of fungi thatâ€™s predatory toward certain bugs, like ants, caterpillars, termites and cockroaches. This could play a growing role in the world of bio-pesticides. The idea is that these mushrooms, like those in the genus Cordyceps, can be cultured in such a way that the offending pest will consume the fungi and become infected. Then it often takes on a certain zombified stateâ€”for lack of a more accurate descriptionâ€”as the mushroom takes over the pest’s facilities. It finally kills the pest, and then produces a mushroom of sorts whose spores will seek another similar host. The remaining colony or pests will either move away or also become susceptible to the fungi.

As more and more of these fungi are discovered and their preferred bugs are identified, thereâ€™s much potential to employ them as a way of eliminating particular pests without collateral damage to other beneficial bugsâ€”an important component these fungi would possess over many current biopesticides.

Despite the fact that psilocybin mushroomsâ€”yeah, the “magic” onesâ€”are classified by the DEA as an illegal Schedule 1 Substance, there has been a renewed interest in their abilities to fight depression and other mental disorders. As with most brain-related issues, is hard to say why it works, though some suggest that it’s a bit like rebooting your computer: The psychoactive components of the mushroom reset your brain, and the potential of that could be far reaching. Beyond depression, there is a body of evidence that suggests psilocybin mushrooms, when taken under supervision and in the right doses, can help correct PTSD, alcoholism, cluster headaches and more. Of course, please don’t try this at home.

Well, maybe ea isn’t the right word. Rather, mushrooms have the ability to deconstruct oil and petrochemicals through mycoremediation, “the use of fungi to degrade or remove toxins from the environment,” as defined by mycologist Paul Stamets. In his book Mycellium Running (Ten Speed Press, 2005), Stamets describes how “fungi are adept as molecular disassembles” and can break down many toxins into “simpler, less toxic chemicals.”

This has implications all over the world in a variety of different ways. Mushrooms could be used to clean up contamination around nuclear reactors or clean up oil spills. And because mushrooms hyper-accumulate heavy metals, they could be used to remove toxins, like lead, from contaminated areas. Thereâ€™s a lot of potential here because wild fungi are already, as Stamets calls them, the “primary governors of ecological equilibrium.”

In a study published in Science Magazine, researches discovered that although trees do sequester some carbon when they drop their leaves, itâ€™s actually the mycorrhizal fungi they are in cahoots with who do the majority of the sequestrationâ€”47 to 70 percent, in fact. But you might contest, â€śDon’t mushrooms create carbon dioxide?â€ť These mycorrhizal fungiâ€”that is, fungi that grow symbiotically with plantsâ€”are a notable exception. In essence, they place the carbon into the soil through their waste after digesting it as food. Of course, this only has the ability to help our planet if we plant more trees and save more of the ones we have, but maybe these carbon sequestering fungi can act as incentive for us to do so.