From space constraints to to foul odors, composting in the city isn’t easy, so take matters into your own hands. 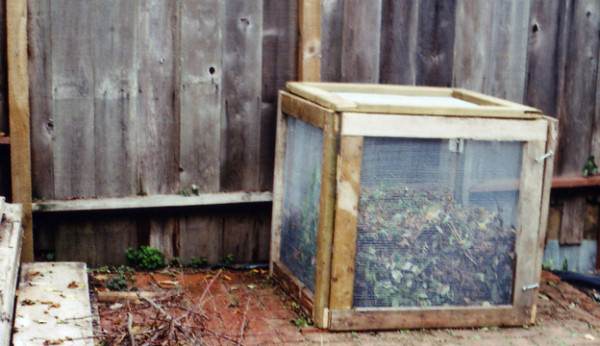 Composting is an efficient way to create a self-reliant system where kitchen scraps and yard waste are broken down and transferred back into the soil. The process is simple, but urban dwellers might have their own set of unique challenges composting in close quarters to neighbors. Laura Matter, Garden Hotline program coordinator for Seattle Tilth, points out a few of the issues they might have to contend with while turning their waste into a valuable garden amendment.

If your compost smells, typically this means your compost pile has too much green matter, which can include fresh kitchen waste and green grass clippings.

To remedy the problem, include an adequate amount of brown materials, such as dried leaves or straw. You’ll also want to chop everything you add to the pile as small as you can, and turn it frequently—Matter recommends once a week, if possible. The more you do, the faster you’ll have beautiful compost to add to your garden.

If smell becomes too big a problem for you or your neighbors, you might consider another composting strategy.

“We like to tell people to think about food and yard waste in separate settings,” Matter says. Food waste in a traditional compost system is often the cause of unpleasant odors. If this is a problem you face, she recommends composting the food waste in a worm bin or food digester.

A worm composter can be built from easily purchased materials, such as plastic storage containers, to create a simple system. You add kitchen scraps to a base of shredded newspaper and cardboard to provide the proper environment for the red wigglers, which chow down on your food scraps.

“[Red wigglers] live in leaf litter on the forest floor. They are not a soil worm,” Matter says. As long as you keep them happy in a space where they’re not too hot or cold, they make quick work of most food waste with practically no odor. Because they take up very little space, worm bins can be kept practically anywhere you would place a kitty litter box.

You can make a simple food digester by drilling holes in the bottom third of a garbage can (preferably metal to keep out wildlife). Partially bury the bin, so the holes are covered, toss in kitchen scraps, and cover with the lid. There is more smell associated with this type of composter, but it is contained by the lid.

2. Rodents and Other Wildlife

You don’t have to live in the country to deal with wildlife. In Seattle, urban dwellers have to battle Norway rats and even black bears in suburban areas, Matter says. She recommends fortifying an outdoor worm bin or compost pile with hardware cloth to minimize the opportunities for rodents to find their way to the food-scrap buffet.

“If you’re building a bin system, you have to turn it (regularly), and you have to move it,” she says.

Rats have a more discerning palate than many people give them credit for, and they’re partial to fresh food. By turning your pile regularly, you reduce the appeal for rodents or other wildlife. If you can move the bin every few seasons, you’re less likely to create a permanent habitat for mice or rats.

When raccoons, bears or other larger wildlife are an issue, it’s wise to process kitchen scraps in a separate system, such as the worm bin or food digester mentioned above, to eliminate the temptation and reward.

“For yard waste, we talk about the three-bin system,” Matter says. “You fill one bin, and then turn it to the next bin and the next bin.”

The ideal size for each bin is 3-by-3 feet, an area large enough to allow for a pile that will heat up and break down properly. Smaller sizes will work, but they will take more time and care to achieve the same result.

A 9-foot system might be too much for a small backyard. Matter recommends using plastic tumblers for these situations. To “turn” the pile you dump out the materials, and then scoop them back into the barrel. It’s not as efficient as the three-bin system, but it gets the job done.

Sometimes people produce more yard waste than they can compost. To make the most of your composter, chop the materials as fine as possible. If there’s still too much, consider focusing on the kitchen scraps and send the bulk of the yard waste to your municipal composting program.

When you’re working with a small backyard, little changes can make a big difference. A new garage next door can shade the compost bin, and a cut-down tree can completely alter the environment. The best bet is to remain flexible and be aware of these changes so you can place the bin in the best space.

You also need to consider what your neighbors see. What looks like a beautiful pile of fertilizer to you can look like a garbage dump to them. Some cities require residents to use a closed compost system versus a simple pile. Even if you decide to build a proper bin, you might want to consider screening it or planting around it to make it visually more appealing.

Compost is an invaluable resource for the urban gardener, and while city composting presents its own set of challenges, with a little planning you can have an effective system no matter where you live. If you need help getting started, Seattle Tilth offers excellent advice and plans for starting your own system.