6 Reasons Why You Need An Electric Chainsaw

Gas-powered chainsaws have long been an ideal tool for felling small trees and producing firewood. But the electric chainsaw has become a viable alternative. 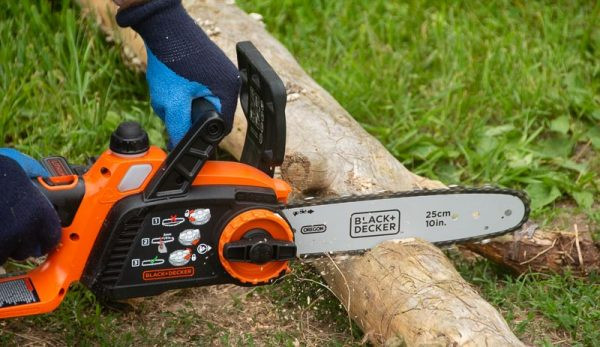 Gas-powered chainsaws have long been an ideal tool for felling small trees, producing firewoodÂ and tackling other related projects. But in many cases, electric chainsaws have become a viable alternative.

Whether youâ€™re using a corded model or one of the increasingly capable battery-powered options, an electric chainsaw can be a great choice for hobby farmers.

A tried-and-true gas chainsaw has long reigned as the king of cutting on my farm. But I recently purchased a small electric model to simplify some of my less formidable pruning and cutting projects.

Electric chainsaws offer a lot of advantages, and Iâ€™m excited to give mine a good workout.

At this point, I should mention how electric chainsaws arenâ€™t for everyone. They do have a couple of key drawbacks. Generally speaking, theyâ€™re not as powerful as gas chainsaws. Theyâ€™re better-suited to light work like pruning tree branches than sawing up entire logs, and Iâ€™m keeping this in mind when choosing the perfect projects for mine.

Electric chainsaws also have limits in terms of range and/or cutting time. Corded models must be tethered to a power source, while battery-powered models can only operate until their batteries run dry. Unless you keep a few fully-charged spare batteries on hand, running out of power requires waiting for the battery to recharge, an inconvenience compared to topping off the fuel tank of a gas model.

Read more: In the market for a gas-powered chainsaw? Here are some buying tips.

A gas chainsaw makes noise as long as the engine is running, whether youâ€™re actively cutting or not. An electric chainsaw is like an electric drill. Itâ€™s silent when itâ€™s not cutting, and the whir of its electric motor is relatively quiet compared to the roar of a gasoline engine.

In short, using an electric chainsaw is a more peaceful exercise.

Read more: Do have have an electric drill? You need one.

No gas engine, no exhaust! Electric chainsaws donâ€™t give off exhaust fumes, so theyâ€™re safer and not as smelly.

While electric chainsaws do require bar and chain oil, overall theyâ€™re simpler and require less maintenance than gas models. For example, they donâ€™t have any spark plugs.

If you dislike pulling repeatedly on the cord of your gas chainsawâ€™s recoil starter, youâ€™ll be happy to know you can start an electric chainsaw with just the push of a button. That will save some wear and tear on your shoulder!

If youâ€™re willing to buy one of the smaller models, electric chainsaws can be less expensive than their gas counterparts. This makes them a budget-friendly option for anyone just getting started with chainsaws.

Electric chainsaws might not be perfect in every way, but for many light-duty tasks, theyâ€™re an ideal choice.