Did your hen-to-be turn out to be a cockerel instead? Here are some things you can do when your pullet gives out an unexpected rooster crow. 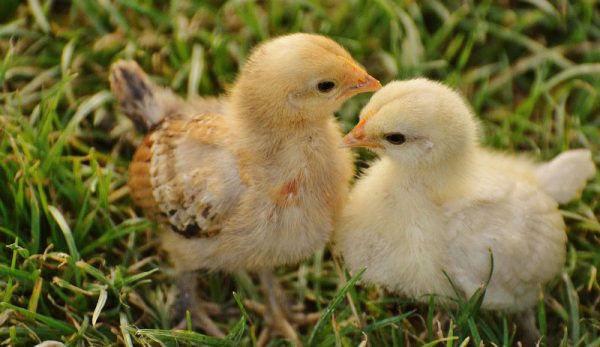 She bought a coop, brooder, fencingâ€”the works! Once sheâ€™d set everything up to her satisfaction, with a nudge of guidance from me, she trooped off to her areaâ€™s farm-supply store and returned home with four baby Buff Orpington chicks. She was so excited and regularly took pictures of the peepsâ€™ antics. Even when they entered their gawky â€śteenâ€ť stage, Maureen still happily shared photos and anecdotes about her burgeoning flock.

And then Bernadette Bird crowed.

It was squeaky and very intermittent, but there it was. One of her babies was a boy.

Maureen was distraught. Her suburban town allowed chickens, but only females. Because of their consistent crowing, which disturbs the peace, and due to their tendency towards aggression, males were not permitted. Bernadette Birdâ€”renamed Bernie Birdâ€”had to go.

The next four days were extremely stressful for Maureen. She was certain her neighbors could hear Bernie crowing and were going to report her, meaning sheâ€™d lose all of her babies versus just the little cockerel. She fortunately found a small farm a 20-minute drive away that was willing to adopt the little bird.

â€śDoes this happen to everyone or just me?â€ť she asked me.

It unfortunately happens to almost all backyard flock keepers who purchase their chicks straight run (ungendered). Sexed pullets cost somewhat more than straight-run chicks and, to those new to raising poultry, money saved in one aspect of chicken keeping will undoubtedly be spent on something like feed, litter or equipment.

Itâ€™s pretty much a 50:50 chance that your straight-run chick will be male, however. So have some contingencies ready should you hear a little crow coming from your brooder. These six suggestions may help you formulate your a Plan B (and C and possibly D).

Should you get a rooster? Here are come pros and cons.

Most municipalities have some sort of grassroots organization in place to help poultry owners support each other and share advice.

If youâ€™re unfamiliar with your local group, check with your town hall or do an Internet search for your townâ€™s name and â€śchickenâ€ť or â€śchickens.â€ť While most chicken-owner associations consist of local residents, farmers from the surrounding area frequently are also members. Offer your cockerel up for sale or adoption here.

Check with Your Local 4-H Office

One of the biggest programs in 4-H is animal showmanship: being able to handle a domesticated animal skillfully and confidently while identifying parts of the animalâ€™s biologyâ€”and their functionsâ€”to several judges.

Males are preferred for poultry showmanship because there are body parts that are more distinct on a rooster than on a hen. Your local 4-H office may have a list of kids looking for young cockerels to raise and train for competition.

Print out a flyer featuring brightly colored, eye-catching photos of your cockerel with a description and your contact information, then post it prominently on each board. Some community boards have time limits for posting, so check to see how long your flyer can remain up.

Internet sites such as Craigslist provide people with a platform through which they can offer items for sale to a specific audience. You may need to enroll as a member but, once youâ€™ve joined, youâ€™ll be able to use online tools to craft an ad featuring your cockerel and any details and photos youâ€™d like to include.

While poultry swaps are becoming increasingly uncommon, due to the potential of disease, they do still exist.

Some are included as part of a poultry exhibition. Others are independently organized or presented by farm supply stores. Some require registration, although usually you just show up.

Be prepared to answer plenty of questions and donâ€™t forget to bring food and water for your cockerel. This is also an opportunity to replace your cockerel with a pullet. Just make sure that you quarantine any bird you buy for two to three weeks for the sake of your existing flock.

Learn how to set up a quarantine for newly arrived chickens.

Most poultry farmers do not accept returns, especially of straight-run chicks. Accepting a bird back after it has been off property results in having to set up and maintain a quarantine.

Thereâ€™s also no way of knowing how well or poorly the chick has been treated since it left the premises.

If you knowingly bought your chicks as straight run, this option is not for you. Farmers and hatcheries selling gendered chicks do make mistakes from time to time, however.

If your pullet turned out to be a boy, contact the farmer (or feed store), let them know about the gender error, and politely ask to exchange the cockerel for a pullet of their same age. If they conduct their business ethically, this should be no problem.

Maureen was fortunate to have found Bernie a home in less than a week. It frequently takes several weeks to rehome a roo. In fact, my friend Paris at one point kept a coop she called the â€śhome for unwanted roosters.â€ť

Now that Maureen and her husband are discussing retirement, they are looking for homes out in the country, away from the suburbs and where they can enjoy nature… and own chickens of any sex.