6 Ways to Use Farm-Grown Hemp

While hemp production remains restricted in the U.S., it holds a lot of potential for small-scale farmers. 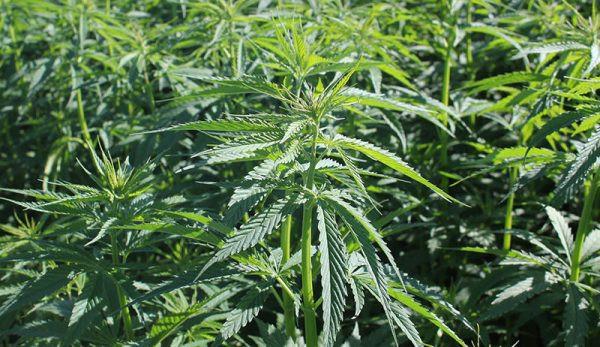 Could farmers be embarking on a Cannabis renaissance? Zealous hemp (Cannabis sativa) advocates call it the miracle plant that will rescue Earth from environmental destruction. Itâ€™s hard not to admire this tenacious, spindly plant that has roots that repair depleted soil, shoots that hold the potential for freedom from fossil fuels, flowers that yield strong medicine, and fruit that holds seeds with a powerhouse of balanced nutrition.

For at least the past 4,000 years, hemp has grown and been harvested worldwide and could provide up to 50,000 different products. In the U.S., all hemp varieties are considered controlled substances and have prohibited since 1937. The rules of growing hemp changed with the 2014 Farm Bill, which authorized state departments of agriculture and universities to run pilot programs to research all aspects of industrial hemp.

Several states have launched these initiatives, and Kentucky was the first state to establish a system that utilizes private cooperators. Farmers and processors with a Memorandum of Understanding with the state grow and create products mainly for research purposes rather than selling. Adam Watson, Industrial Hemp Program Coordinator with the Kentucky Deptartment of Agriculture, explains that “the most efficient production models and practices still arenâ€™t known, so there is little assurance of profitability at this stage, but there is the possibility.â€ť

Even though you cannot legally grow hemp in the U.S., there is a booming market for imported products. Looking at other countriesâ€™ economic and ecological successes makes it a very exciting new frontier for beginning farmers, as well as those who are transitioning away from tobacco or other commodities. The total retail value of hemp products is estimated to be around $500 million per year.

Here are a few ways hemp is gaining ground in the mainstream.

Hemp can be planted in tightly packed fields, which does two good things: prevents weeds and stabilizes the soil. Itâ€™s very efficient with the way it uses space. Under the right conditions, hemp taproots can stretch down several feet and pull up deep supplies of nutrients and water. Without even harvesting roots for a marketable product, the farmer saves money on pesticides and water while the watershed is saved from excessive runoff.

Some studies also suggest that hemp can be useful in bioremediation of soils contaminated with heavy metals. It also has the potential of returning up to 60-percent of the nutrients it takes back into the soil when it is dried in the field. In addition, it adapts to climatic conditions well enough that it can thrive in drought-damaged soil. Stands of hemp can prevent flooding when the rains finally do come again.

Hempâ€™s tall stalks can grow up to 15 feet high and are rich in cellulose. This hemp fiber used to be the standard for strength and durability for all cordage. The New World was built on hemp rope, fastening sails to ships and horses to plows. James Lane Allen sings hempâ€™s praises in his 1900 novel The Reign of Law: “Cultivated first for the needs of cabin and clearing solely, for twine and rope, towel and table, sheet and shirt.â€ť

Hemp fiber has come a long way and remains relevant in our technology age. Weâ€™re talking about super capacitors. Nanotechnology in electronics may not be the first thing you think of when you think of cannabis, but it has grabbed the attention of the scientific community. Plastics made from hemp fibers are non-toxic and more renewable, recyclable and stronger than polypropylene. It can even be used in 3-D printers; maybe itâ€™s true that you can make anything out of hemp!

Building materials are another growing industry for hemp fiber. Hempcrete, a mixture of woody hemp cores and lime, has been used in Europe and is now available in the U.S. It creates excellent insulation, is lighter than concrete, and is more renewable and cheaper than lumber. However, hempcrete canâ€™t be called “greenâ€ť until it is locally sourced. For now, materials can be imported and an energy-efficient home can be built for around $130 per square foot. Growing hemp for stalks could earn the farmer around $12,500 per acre.

Hemp flowers contain higher concentrations of cannabinoids, molecules that react with the neurotransmitters in our brain. Tetrahydrocannabinol (THC) is the one that gets most of the attention, however the THC concentration in industrial hemp is less than 0.3 percent. There are at least 85 other, less psychoactive and therefore less controversial, cannabinoids too. Cannabidiol (CBD) is being studied in relation to treating epilepsy, schizophrenia, and breast cancer. Other cannabinoids are being studied for their properties that relieve pain and gastrointestinal trouble. Meanwhile, dozens more cannabinoids remain to be identified and studied.

Hemp fruit contains the fatty acid-rich seeds marketed as human foods and animal feed and which are driving the market for Canadian hemp exports. The seeds can be hulled and eaten raw, toasted and flavored as a crunchy snack, ground into meal for smoothies, or pressed for oil. Hemp seeds are an easily digested protein source, high in essential fatty acids. One acre of hemp can yield about 22 gallons of oil and 530 pounds of meal, which could be valued at around $21,000 per acre.

Oil can actually be pressed from the entire hemp plant, but the seeds contain the richest oil. Body-care products, such as soaps and lotions, use hemp oil as a base. Any petroleum oil in cosmetics could be replaced with hemp. That extends to petroleum as fuel, and biodiesel is another innovative and exciting market.

Challenges for the Hemp Industry

In the U.S., the infrastructure for processing hemp products poses the biggest challenge for turning hemp fields into useful products for modern life. For example, retting, a decomposition process to turn stalks into fiber after cutting, is not currently practiced on a large scale. Harvesting by sickle is the most effective method and is labor intensive. This can work on small farmsâ€”imagine rounding up friends and volunteers for a seasonal harvest partyâ€”but large-scale producers may need some convincing before investing in hemp.

Although hemp was farmed for centuries without scientific study, universities and state departments of agriculture want to understand specifics. It is important to know the different characteristics between various strains and which seeds will flourish in which regions. It remains to be seen whether high productivity will take any less toll on the land than commodities like corn have done.

The good news for all involved is that hemp is well-suited for organic agriculture. It is relatively pest and disease-free. “A hemp farmer is unlikely to earn a living based on the limitations of participating in a research pilot program today, but with a change in the federal status of industrial hemp there is great potential for profitability,â€ť Watson says.