7 Reasons You Should Ferment Your Harvest

Daunted by the idea of creating your first ferment? Don’t be. It’s an easy, safe and healthy way to make your garden bounty last. 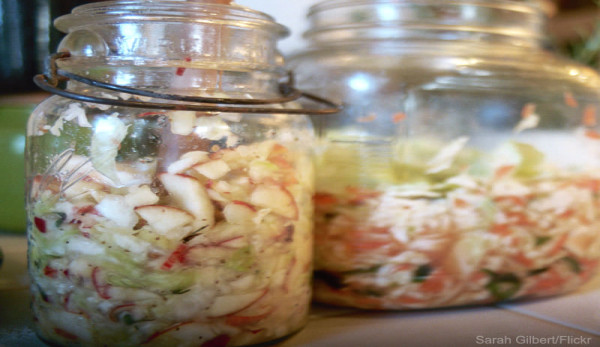 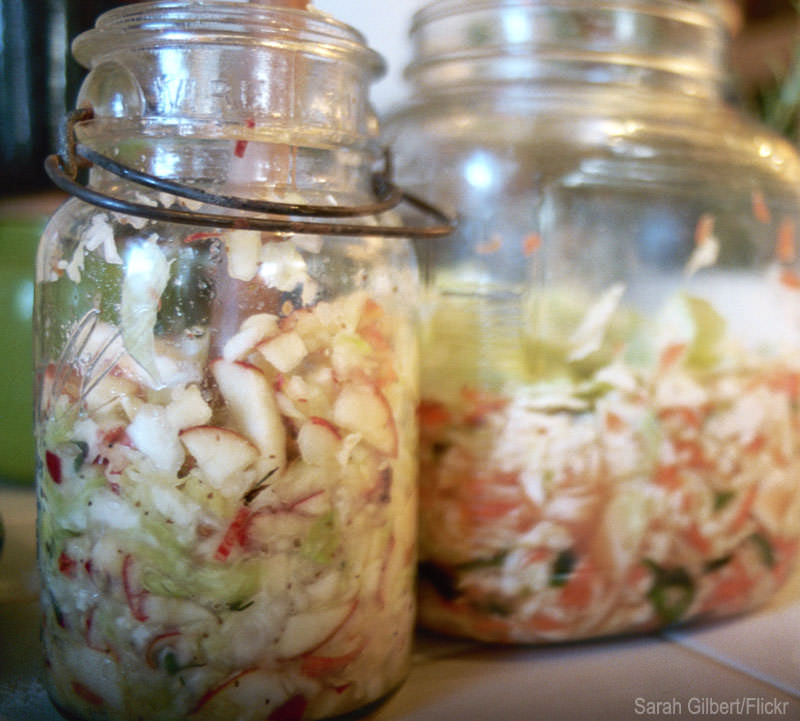 When you think about preserving the harvest, often boiling pots of mason jars and airtight freezer bags are the first things that come to mind. But you shouldn’t overlook fermentation when hoping to make your harvest last. Yes, this includes making sauerkraut and pickles, but that’s just the tip of the iceberg. You can also ferment salsas, chutneys, wines, beers, kimchi and more. The sky is the limit with fermentation, which is precisely why you shouldn’t limit yourself to canning and freezing. Below are seven reasons to not only consider fermentation as your preservation method of choice, but why it’s the safest and simplest way to put food by.

It’s relatively simple to ferment almost any vegetable: Stuff veggies and spices into a vessel of choice, pour brine overtop, cover, set vessel on countertop, wait until it finishes bubbling, and store in a cool, dark place. Obviously there is some nuance to the process, but indeed, most vegetables are so easy to ferment, the process can accurately be distilled into a single sentence.

You likely already love fermented foods; you just might not realize it yet. Mustard, pickles, coffee, beer, wine, yogurt and salami––fermented foods make up some of the most unique and alluring flavors on the planet, and chances are, you have at least one in your fridge at this moment. Fermentation produces great condiments and food complements. Adding a little sauerkraut to your bratwursts, pickles to your burgers, vinegar to your salad, or having a little wine with your dinner is common practice for a reason: Fermented food enhances just about any meal.

Probiotics have become a hot topic in modern health circles, but they’re old news to fermented-food aficionados. Probiotics are beneficial bacteria or enzymes, which nowadays, can often be found in pill form, but fermented foods have always provided us with natural probiotics, and let’s be honest, pills never taste as good as their food counterparts. Fermented foods are not only tasty but extremely beneficial, providing (depending on the ferment) vitamin C, lactic acid, and a whole host of beneficial, pathogen-fighting microorganisms and enzymes.

According to Sandor Katz in his book The Art of Fermentation (Chelsea Green Publishing, 2012), there have been no known cases of botulism caused by fermented foods. In fact, many scientist and cooks contest that fermentation is not only a safe way to preserve foods, but perhaps the safest. In fermentation, instead of removing all bacteria, you encourage beneficial bacteria to crowd out dangerous microorganisms, such as botulism, and create an environment in which they cannot survive. When canning, you try to kill as much bacteria as possible, but you can’t kill it all. And if what lives happens to be bad bacteria, it no longer has any competition within the food to keep it from taking over and can easily proliferate, making the food dangerous.

Cooking with organisms, as fermentation is sometimes called, is like magic. In fact, for many years some even called it magic, and in many societies it was banned because the foods and wines seemed to “boil” without the help of heat. It wouldn’t be until Louis Pasteur’s work in the 1800s that people would begin to understand the microbiology––not sorcery––involved in fermentation. Today, now that fermentation is understood as safe, it’s fun to involve children in the process. They, like our ancestors, find the bubbling utterly magical and the sour pickles a tasty—and, shhh, healthy—midday snack.

6. Because Our Ancestors Did It

Before refrigeration and canning (which wasn’t all that long ago), we had to be creative when it came to preserving our food. We could dry, smoke or salt our excess produce, but for many, it was easier and safer to just submerge food under salty water and let it ferment. Also, in the winter, when fresh food was scarce, fermented foods often provided a much needed dose of vitamin C, which would help keep our ancestors healthy until spring. When the garden was dormant, they could go into their cellars or dig up their crocks, pull some of the fermented food out, and it would still taste as fresh as the day it was picked.

7. Because Everyone Else is Doing It

OK, maybe not everyone else, but fermentation is definitely becoming a big deal in the food and health world. Famed chef David Chang, for example, dedicated an entire lab to fermentation experimentation. Sandor Katz’s aforementioned The Art of Fermentation even made the New York Times Best Sellers list, as did Cooked, by Michael Pollan, who devoted a whole quarter of the book to the process. In some ways, we’ve just begun to see the potential for these foods, but in another way, we’ll probably never come close to discovering all that these tiny organisms can do for us, for our meals and for the bounty.