If you prefer not to use weed-control methods that contain commercially produced herbicides, here are several natural methods and accompanying advice on fighting weeds. 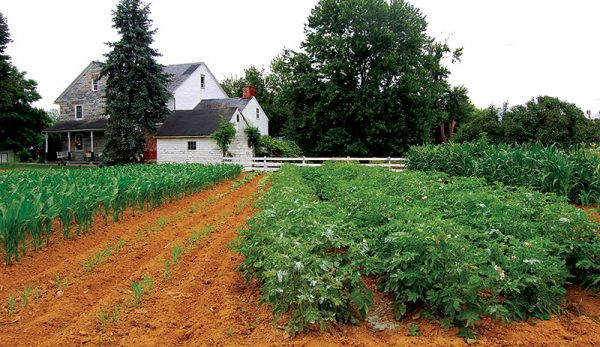 I let my chickens free-range to eat grass and bugs, so I prefer not to use weed-control methods that include herbicides such as the glyphosate-based solution found in Roundup. Instead, Iâ€™ve found a handful of organic options that are inexpensive, easy to apply and, most importantly, safe for fighting weeds. Like most natural remedies, though, these methods usually arenâ€™t as immediately effective as commercial applications, so you might have to reapply several times in order for them to work. Others kill plants but not roots, so reapplication is necessary.

Pulling weeds by hand is labor-intensive and can be backbreaking, but itâ€™s the most effective and inexpensive way to control weeds. It also gives you an excuse to spend lots of time outside and provides a bit of free exercise. Youâ€™ll discover muscles you never knew you had from just a few hours of weeding.

When pulling weeds by hand, pull out each weed by the roots. Discard the weeds somewhere other than your compost pile, where they will probably sprout again if seeds are present unless the pile gets hotter than 140 degrees Fahrenheit.

Using boiling water to kill weeds is another inexpensive and easy way to battle them. Heat water in a kettle and then pour it over the weeds. The New York Times 1,000 Gardening Questions & Answers, edited by Leslie Land, explains that your ally here is heat, which can also be employed via flame-weeder: â€śWhether it is conveyed by boiling water or a living flame, heat kills weeds by destroying their protective outer coatings and expanding internal cells so they rupture and die. This means a light touch is all thatâ€™s needed. Youâ€™re not trying to melt or incinerate them, and because heat is nonselective, you want to use as little as you can to do the job.â€ť

Boiling water works well, but it kills more beneficial soil organisms than a flame weeder does. It works best when you have a small area.

Mulching around your plants and along the pathways in your garden is a great way to control weeds. When you clean out your coop in the fall, spread the straw or pine shavings, feathers and chicken manure over your garden. By spring, it will have decomposed enough that you can work it into the soil.

Dried leaves and pine needles also make good mulch. Putting down new straw or other mulch in the spring in between your rows helps keep your walkways weed-free throughout the growing season. That said, donâ€™t use hay because it often contains weed seeds.

Using ground covers such as sheets of plywood or plastic tarps over the garden in the off-season can help prevent weeds from sprouting, making weeding easier come spring. Jan Bills, owner of Two Women and a Hoe garden design company in Michigan, and author of Late Bloomer: How to garden with comfort, ease and simplicity in the second half of life, recommends using cardboard. â€śCardboard smothers the weeds and adds nutrients to the soil as it decomposes over time,â€ť she says.

Sprinkle some cornmeal gluten, often called corn gluten meal, in areas you want to keep free of weeds. The corn gluten inhibits seed germination. Just donâ€™t use it in your garden when you have vegetable seeds planted or they wonâ€™t sprout either.

Using cornmeal gluten before the planting season or in areas where only bulbs are planted keeps weed seeds from germinating. In Decoding Gardening Advice, authors Jeff Gillman and Meleah Maynard write that corn gluten meal controls weeds in two ways:

â€śMost notably, it contains certain chemicals that prevent seeds from germinating properly. Because of its nitrogen content, corn gluten meal can also provide a boost for plants already growing in a location. Though it can be used on gardens, it is usually recommended for lawns. In a lawn, it will help fertilize the grass to the point that a weed seed cannot find a free spot to germinate.â€ť

The biggest drawback they cite: It usually takes two years for this method to be effective, and even then, it controls only about 80 percent of the weed problems.

White vinegar is a great weed killer. Pour some into a bottle and squirt away. It removes the protective coating on the leaves of plants so they die.

Regular household vinegar (5 percent acetic acid) works OK, and your weeds will shrivel up. However, if you buy commercial-grade vinegar (20 to 30 percent acetic acid), youâ€™ll find it far more effective. (Caution: The concentrated vinegar is extremely strong, and the vapors can burn eyes, nose and throat as well as skin, so wear protective eyewear and clothing while you spray. Once it dries, itâ€™s safe.)

Chickens can provide very effective weed control. Let them have free-range in the garden before the planting season and after the last harvest to help rid your garden of weed seeds. Allowing your flock limited time in the garden during the growing season also promotes weed control, but supervise the birds because theyâ€™re just as likely to eat tomatoes or peas as they are to scratch at the weeds poking out of the soil.

Ducks and geese also make wonderful weeders. My ducks love to roam the yard nibbling on whatever they see, including dandelion greens and plantain. Even better than ducks, though, are geese, according to Kirsten Lie-Nielsen, author of The Modern Homesteaderâ€™s Guide to Raising Geese and geese-keeper on Hostile Valley Living Farm in Maine.

â€śGeese make great weeders because their long, skinny necks can snake in where a human hand canâ€™t reach easily, especially among vines or thorny berry plants,â€ť she writes. â€śWhile you canâ€™t keep them in a vegetable garden, as they donâ€™t discriminate [between weeds and valued plants], geese make great weeders for yards, orchards and vineyards. You can start them young by offering weeds to goslings, and theyâ€™ll quickly develop an appetite for anything leafy and green.â€ť

All these methods work indiscriminately, meaning they affect most everything they contact, whether weeds, flowers, garden plants or grass, so apply carefully and only where you need to get the weeds. Apply them on a sunny day so that rain doesnâ€™t wash away the weed killer and also because sunlight activates the ingredients better.

Many homemade recipes use salt as an ingredient in weed killers. However, salt in even fairly small amounts can harm chickens if they eat it. Salt also has a detrimental effect on the composition of soil and prevents things from growing anywhere the salt contacts. Salt-based weed control methods are better suited for weeds growing in between stones in a walkway.

I hope you try some of these safe, natural weed control methods. I have tried all of them. Iâ€™ve found the vinegar/lemon juice solution to be the most effective on yard weeds, while mulching has worked best in the garden. Each one works to some degree, especially with repeated applications.