7 Ways to Use Mugwort

Got a mugwort problem? Don’t be quick to eradicate this plant from your garden—it has many benefits, as well. 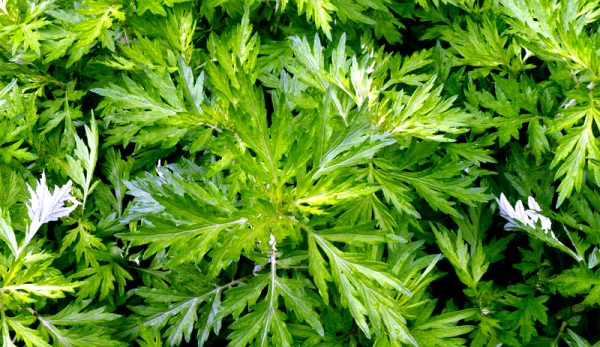 Earlier this year, one of my fellow Hobby Farms bloggers lamented the presence of mugwort (Artemisia vulgaris) in her garden. I will be curious to see if she is eventually able to eradicate it, though I question the necessity of doing so.

Friend or Foe?
Let me first say that mugwort is an herb that needs to be given its own space. If this plant is in your vegetable garden or favorite flower bed, you’ll likely have some trouble. The chemicals that are given off from the roots will inhibit the growth of plants nearby, so while I see many benefits from mugwort, I also see the good sense of making it mind its manners.

However, mugwort has benefits you might have overlooked. If you’ve got to weed out a nuisance patch, don’t just destroy the leaves. Instead, cut the stalks just before they begin to flower in earnest, and dry them or use them fresh. Mugwort can help you a number of ways, both indoors as well as outside the house. Here are some of of my favorites.

1. Insect Spray
When growing in the garden, mugwort not only inhibits other plants, but also repels insects. If you must pull it, you can mash up the leaves and make a tea to use as a spray. Mugwort, when used in moderation, will prevent insect infestations and prevent the development of larvae. As always, with a natural spray it is important to remember that what you do to the bad bugs you do to the good bugs. As natural as this spray is, it should be a last resort.

2. A Bitter
Mugwort, when analyzed as a word, means useful in a beverage (“mug”) and herb (“wort”). Historically, it was used to make small-batch beers. In fact, it’s a proper bitter and has been shown to be helpful in digesting fats by supporting the liver and gallbladder.

3. Hormone Regulation
Mugwort must be used with care by women, however, as it has the ability to start the menstrual cycle. I have recommended mugwort to young women, as well as women of menopausal age, for its regulating effect on female hormones.

4. Acupuncture Support
The leaf of the mugwort plant is used in the process of moxibustion, which accompanies some acupuncture treatments. This burning of mugwort at sensitive points in the nervous system makes use of the antispasmodic nature of this effective nervine.

5. Dewormer
Just like many other members of the artemisia family, mugwort is an effective remedy for worms of various kinds in the human body. We often give it to our animals as a fresh treat.

6. Prevent Sore Feet
Folklore about mugwort tells us that it is especially useful for easing the discomfort of travel. Roman soldiers were known to line the soles of their sandals with mugwort leaves to keep their feet from hurting on long marches. Someday I’m going to try this for a long day at the farmers’ market!

After drying your harvested mugwort, it can be stitched into a pillow and kept in your closet or drawers to repel moths.

The scent of mugwort alone is sufficient, but I like to add a bit of lavender (Lavendula angustifolia), as well.