8 Invasive Species You Should Be Eating

If you can't beat ’em, eat 'em. Foragers turn to eating invasive species as a means of control. 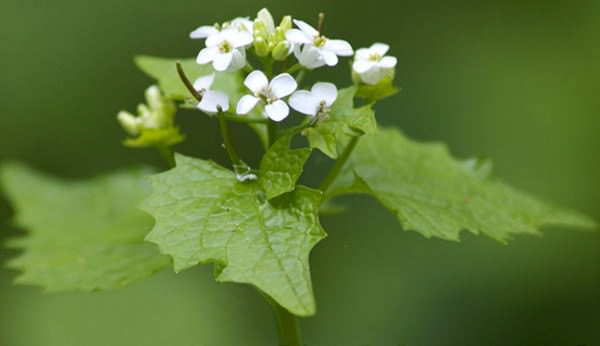 For years, the Slow Food biodiversity and heritage-breeds preservation movements have been telling us to “eat it to save it,” with the idea that if we create a demand for a particular breed or variety, people will put the effort into keeping it around. Shift your thinking for a moment to a different kind of purposeful eating concept: eating invasive species. “The goal here is not sustainability,” says Joe Roman, PhD, “editor ‘n chef” of EatTheInvaders.org. “It is to bring these species closer to eradication.”

Rather than creating a demand for invasives and encouraging people to keep them around, he and others concerned with invasive species’ impact on local environments want you to harvest them as a source of food and as a means of reducing their populations.

The thinking isn’t a far reach.

We hear all the time about species being over-fished and over-hunted to the danger of extinction. Harvest is an effective means of control. Your incentive to get out there and harvest is to have a diversified palate of free, foraged, interesting foods. Roman says home cooks are tapping back into traditional recipes for these edibles, and with the foraged-food trend booming among high-end restaurants, chefs are developing new recipes to reflect changing American tastes.

Why Forage In The Wild

A farm is the perfect place to harvest invasives. Once you start looking, you’ll find all you can eat, though having expanded dining options is not the only benefit to harvesting invasive plants and animals. Here are more ways everyone benefits:

An alternative to spraying weeds is to harvest them. Roman, a conservation biologist and researcher at the Gund Institute for Ecological Economics at the University of Vermont and a Hrdy Visiting Fellow at Harvard University, points out that while harvesting plants and animals is a means of controlling them, you can’t expect results overnight, and you shouldn’t expect dramatic results with many species. “Burdock is here to stay,” he says. “Dandelion is here to stay.” Invasive fish, on the other hand, can be controlled pretty well with hefty harvesting.

In many cases, invasive species come onto a property, spread and out-compete native species—both plant and animal. By removing the invasives, you’re making room for the natives to return and take over their rightful place.

Getting To Know Your Farm

Being on the lookout for invasives gives you a new lens through which to explore your property. “You’ll see new species come and go,” Roman says. “I have. You’ll get to know the plants and animals on your farm.”

As with any foraging, you need to follow a few rules when harvesting invasives to ensure the safety of yourself and your land.

“Know how the area has been treated,” Roman says. Along roadsides, in industrial areas and near places where chemicals are applied are not good grounds for harvesting. “If you’re going to hunt, say, birds, you want to be aware of where they’ve been. Just like if you’re a fisherman, you want to know the condition of the water.”

Don’t Cause Invasives To Spread

This is a key concept in eating them to eradicate them! “Never transport these alive, and never move them around,” Roman says. “The worst-case scenario is that the seeds get out.” Don’t put invasive weeds in your compost pile and don’t bring them to a friend’s house. Harvesting these is just the opposite of harvesting mushrooms: While you want to collect mushrooms in a basket that will allow the spores to spread, you want to harvest invasive weeds in a closed container so the seeds cannot.

Be sure you can positively identify invasive species as edibles before preparing your meal. Not all wild plants are edible, and some are quite the opposite—even deadly. Take the time to check out your find against at least one guidebook.

Invasives To Search For

“There’s a long list of species that are common-variety weeds that are quite delicious,” Roman says. He suggests you consider some of these:

Find more on Roman’s website, EatTheInvaders.org. Other edible-invasive news and resources to know include:

A property free from invasive species is ideal but not exactly realistic for most farmers. Take advantage of what you have, and do your part to reduce the population when you head outside for your next foraged meal.