For first-timers, pressure canning the harvest can be an intimidating process. We hope to shed some light on the experience to make it less scary. 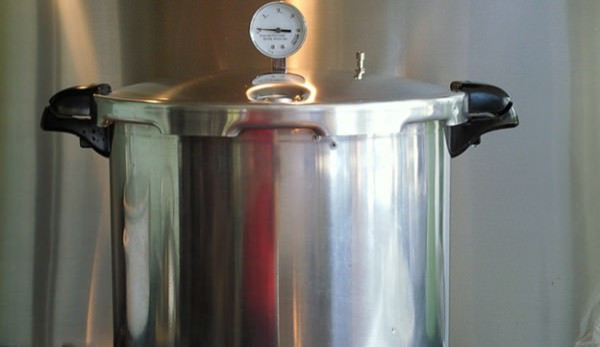 Without fail, my mother would instruct us every time she loaded the pressure canner: “Youāve got to check the steam vent and make sure nothingās plugging it or the pressure canner could explode.ā Or this one: “Never let the pressure get above x or the canner could explode.ā My fear was augmented by a classmateās story of how her motherās pressure canner valve became blocked, causing steam to build up and blow the safety plug. The resulting sudden release of pressure propelled the entire contents of the canner through that little hole straight up to the ceiling. Little wonder, then, that I remember asking myself every year, “Who in their right mind would get within 10 feet of one of those imminently explodable monstrosities?!ā

Fast-forward 10 years to when I was married and facing my first solo canning seasonāa barely fledged adult caught between a bushel of green beans and a brand-new pressure canner. I knew I needed to dismantle the fear if I was ever going to fill our pantry with home-canned goodness. So I set out to do just that, and what I discovered is that this whole canning thing is not rocket science, nor does it need to scare our collective socks off. All we need is to use common sense and follow correct protocols. Thirty-three canning seasons (and no exploded canners) later, I am happy to offer my no-fear step-by-step approach to successful pressure canning.

If youāre a beginning canner, there are likely several questions rolling through your mind as you begin the preservation process. Here are some of my answers to frequently asked canning questions.

When And Why Should I Use A Pressure Canner?

Bacteria causes food to spoil. Acids in some foods, such as fruits, help inhibit that bacteria and can be canned with a water bath canner if desired, though I use my pressure canner for these as well because itās faster. Low acid foods, such as green beans, corn and meats, need to be pressure canned. Pressure canning differs from water-bath canning in that as the steam is trapped in the canner, pressure builds, raising interior temperatures much higher than the boiling point: high enough to kill any bacteria and render your food safe for storing and eventually eating.

Are Pressure Canners And Pressure Cookers The Same Thing?

No. Pressure canners are not the same as the pressure cooker you might use to fast-track a pot of beans or a Sunday roast. Clemson University Extension says that “Pressure cookers … heat too quickly and cool down too slowly to provide adequate heat for a canning process. Both heating and cooling down times are included in calculating the recommended process for killing the organism that causes botulism.ā Pressure canners will have a dial gauge or a weighted gauge (petcock) depending on which you choose.

What Jars Should I Use? 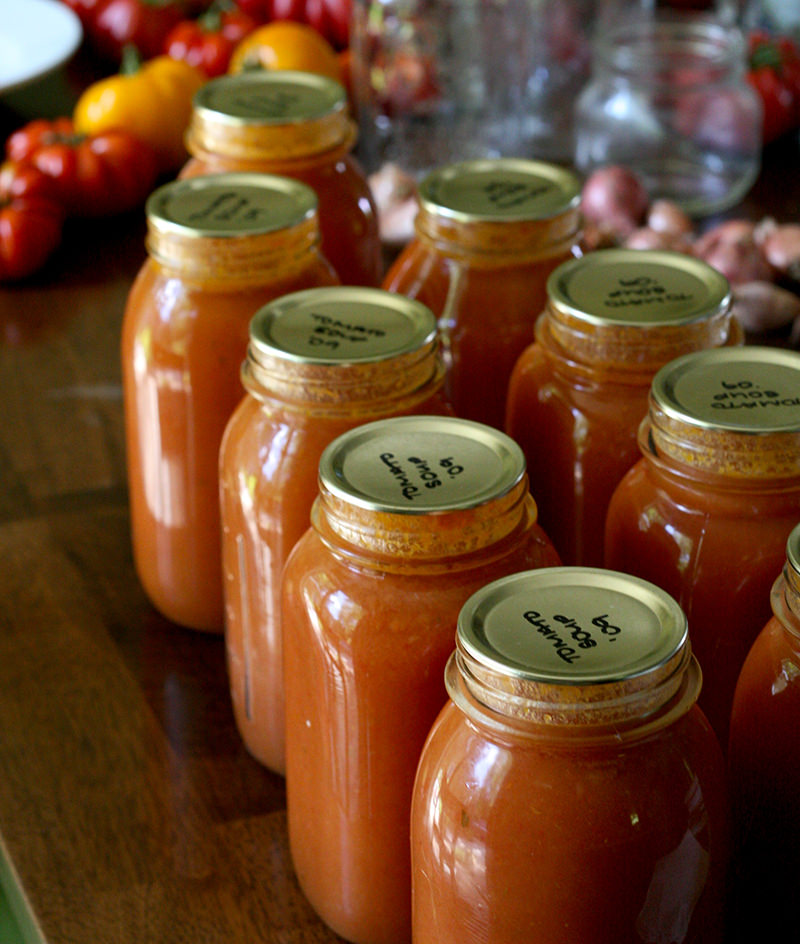 Glad you asked. Not all jars are created equal. My frugal side loves to keep every quart jar that enters my door, from mayonnaise to fruit cocktail, but most of these jars are not meant to withstand the pressure plus high heat for 20 minutes or more. So save yourself broken jars and wasted food, avert your gaze from canning jar wannabes and reach for the genuine vessels for sale at most grocery or department stores: Ball, Mason and Golden Harvest are reliable brands. You can use these jars new or used, so use this advice from the University of Minnesota before enlisting any jar for a canning session:

“Inspect for nicks, cracks or chips, especially around the sealing edge. Jars weaken if banged against each other; if a metal knife touches the bottom or side; if jars were scoured with steel wool; or used in the freezer. To check their condition, immerse them in water and boil for 15 minutes. If they are not good, they will break! ā

Putting cool or even room-temperature jars straight into boiling water can cause them to shatter even if they arenāt weak, so if you check them by boiling, start out with hot tap water, immerse the jars, and then heat the whole contents to boiling.

What Lids Should I Use?

The most common lid style is the two-piece “flat and ringā variety. There are places you can purchase reusable lids, but the initial cost is much more. So for our purpose of a tutorial on basic pressure canning, weāll go with the ubiquitous two-piece lid. Under high heat, the rubber melts onto the rim of the jar, and as the jar cools, the rubber cools, forming a seal.

Can I Reuse The Flat Part Of The Lid With The Rubber Seal?

Again, resist the frugal gene and use only new flats. According to my granny, when these first came out, the latex rubber seal lent itself to multiple use. But itās not latex anymore: Itās plastisol. Youāve probably noticed when you remove the flat lid that the jar rim leaves a definite depression in the rubber. Well, the same phenomenon happens if you use it again, but the rubber may fail to form a perfect seal because thereās less rubber between the jar rim and the metal lid. Failure to seal means that particular jar will then have to be refrigerated and eaten within days (or frozen) in order to prevent the food from spoiling. So do yourself a favorāalways use new flats.

Do I Need To Boil My Lids Before Using?

No. Although you will still find this recommendation on the USDA website and some earlier editions of canning books (a holdover from the pre-1969 days of latex seals), a 2014 news release from the Jardin (Ball) Company states, “After extensive testing by our Quality Assurance Team, we determined that it is no longer necessary to pre-warm lids before use. If you desire, it is still safe to simmer your lids before use, however, you should never boil them. Our recommendation for over 40 years has always been to simmer (180 degrees F), not boil (212 degrees F), the lids.ā

Can I Reuse The Screw-On Rings?

As far as the screw-on rings go, they are reusable as long as theyāre not rusted or bent. Bent rings wonāt put even pressure on the flats, and therefore your jar might not seal. Rusted rings can finish rusting right onto the jar. Iāve had a few I had to remove with a pair of tin snipsāit wasnāt pretty. Some people choose to leave the rings on rather than remove them, but my experience has been that these rings tend to rust onto the jar due to moisture that is trapped underneath during processing and washing. So your rings will last longer if you remove and store them in a dry place until next canning season.

Can I Use A Pressure Canner On My Ceramic-Topped Stove?

Yes. Iāve done it for more than years, and it works great. Just use the largest burner and proceed as usual.

Where Can I Get A New Manual For My Pressure Canner?

You can order one from the company who makes your canner, and you can often find an online version of the manual/instructions for pretty much any canner that isnāt a total dinosaurāin which case you should not be using it because you canāt be sure of its ability to raise temperatures to the proper level.

If any more questions arise as you’re getting ready to can your first batchāas they surely willāseek out an experienced home canner who can guide you through the process. If no one in your friends or family circles come to mind, the National Center for Home Food Preservation and your local cooperative extension service have experts on staff who are excited to help you. So get over that fear, and put up a delicious harvest.