Hives are full of busy bees, each with their own roles to fulfill in keeping a hive running smoothly and healthily. 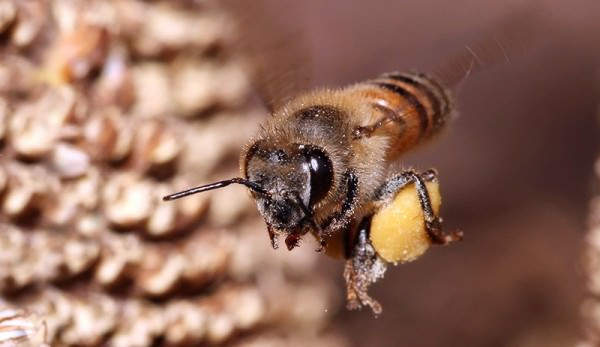 A healthy honey-bee hive functions as a polished and well-oiled machine, thanks to tens of thousands of bees, each performing their jobs dutifully. The life of a honey bee is all work and very little play: From the moment it emerges out of its hatching cell to the moment of its last breath, a honey bee is working. Functioning as a unit, bees produce a workforce capable of pollinating thousands of acres of flowering plants, producing upwards of 100 pounds of honey per year and continuously rearing more bees to replace those lost throughout the season. When you understand just how hard honey bees work, the phrase “busy as a beeā begins to take on new meaning.

Without doubt, the female worker bees in a honey bee colony comprise the largest population (about 50,000 female workers to about 500 male drones) and are arguably the hardest working (aside from the queen, of course). As an individual bee grows older, its age dictates its role in the hive. Most female bees will work in each of the roles listed below at one point their lifetimes, beginning with nursingāan occupation that is taken on by newly hatched beesāand ending with foraging, which is a task reserved for the oldest bees only.

Upon hatching, each fledgling bee immediately cleans out its hatching cell to prepare it for the next egg. Its first duty as a working member of the hive is to care for the young: As a nurse, a young bee will feed the brood, the collective term for honey-bee young, pupae and larvae.

Honey bees are sticklers for cleanliness. With so many live bodies coming and going from the hive, there are sure to be a few dead ones. Undertaker bees are responsible for carrying out the hiveās dead, cleaning up bee parts and removing other debris.

Several tasks fall under this category. As a young bee ages, its wax glands mature. When its able to secrete wax, itās able to build comb. Wax-producing bees are also required to cap pupae and ripen honey cells. Bees in this category repair damaged comb and fill cracks in the hive with propolis, a sticky substance bees collect from tree resin.

Some female bees are tasked with the duty of cleaning their sisters in the hive and tending to others when they return from foraging trips. These workers remain in the hive to collect pollen and nectar from returning bees, packing it into cells and putting it away for later. Some of these same bees might be put on “honeyā duty. Raw nectar requires digestive enzymes from select worker bees, as well as diligent fanning to reduce moisture and create honey.

Not many worker bees get this prestigious status. The queen is so busy in her own duties that sheās unable to groom or feed herself. For this, she enlists a dozen or so attendant bees. These workersāher daughtersācare for the queen as she goes about the hive.

Donāt be fooled: Every role in the hive is critically important to its success and survival, but forager bees receive the most press and the most prestige. This is because the result of foragingāpollinationāis one of the hiveās byproducts that we humans benefit from the most (the other being honey production, of course).

When a worker bee matures, it develops a working stinger stocked with venom. At this point, it may leave the hive and become a forager bee. Foragers are the breadwinners of the hive: Theyāre tasked with scouring a 3-mile radius from the hive for suitable nectar and pollen. Once its stomach is full and its pollen baskets filled to the brim, a forager will return to the hive to drop off its bounty to one of its sisters. Then it leaves again and starts over, continuing this cycle as long as the sun shines. This work, flying hundreds of miles per day, will eventually leave its wings torn and tattered. Foraging is one of the last duties a worker bee will perform: It will work until it collapses from exhaustion.

The role of a guard bee is one of the few that requires a worker to develop a mature stinger. As a guard, a bee stands watch over any of the hiveās entrancesāthere can be more than oneāto keep intruders out as necessary. Guards allow foragers from the hive to enter, but keeps everyone else out: bumblebees, wasps, honey bees from other hives and even humans. If youāre ever stung walking up to a honey-bee hive, itās likely a guard giving you a warning.

The queenās job is crucial: She ensures the future population of the entire hive. She lays up to 2,000 eggs per day, choosing where to lay them and how many of each type (worker or drone eggs) to produce. For the majority of her life, sheās sequestered to the hive, only leaving with a swarm of bees or for her mating flight as a young virgin queen. Unlike a worker bee, which may live for three to six weeks during the summer or several months over the winter, a queen bee can live between two and five years.

Drones have a bad reputation. These male bees are often seen as lazy, hungry and fat members of the hive that mooch off of their sistersā hard work and produce very little in return. There is a bit of truth to this: Drones donāt carry their weight in the hive. They donāt make honey but they do eat it; they donāt protect the hive or the queen; and they donāt help rear the young. Their job is outside of the hive, to mate with neighboring queens and spread healthy genes.

It may seem like an easy job (and letās be honest, it is!), but itās no less important than what the ladies do. For the greater survival of the species, healthy drones are critically important. Their population, a mere 500 or so, peaks in spring and early summer, when mating occurs. Some drones may hang around in the hive through the summer, but any drones left in the hive come autumn are kicked out by their sisters. The harsh reality is that every hand is needed for winterās survival, and stores of honey are too precious to waste on drones whose contributions have ended for the year.