9 Reasons (And Solutions) For Egg-Production Decline

Are you not getting as many eggs as you've come to expect? A variety of factors cause egg-production decline—but you can help your hens lay better. 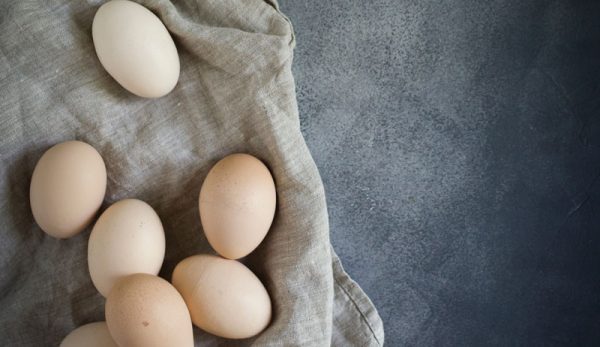 It surprises many people to learn that most hens don’t lay an egg every day. Different breeds lay eggs at different rates, and individuals within a breed can deviate from the norm as they march to the beat of their own biological drummer.

Regardless of breed, a healthy hen lays to her individual potential when provided the necessary resources. Many factors play a role in egg production, and certain fluctuations are to be expected, but some signal a problem that should be addressed.

In this article, I’ll discuss some of the most common causes of egg-production decline in backyard flocks and offer some possible solutions. Bear in mind that several factors often occur simultaneously.

Water is required for the formation of eggs, as well as to support every other metabolic process within a hen. Access to clean water in clean containers at all times is imperative to good health and egg production.

Egg-production decline can occur if a hen’s access is limited physically by frozen water, if the drinker runs dry or if the water is unpalatable because it contains a bitter medication or it’s too warm. A hen can be thrown out of egg production for weeks if she is denied water for even a few hours. Ensure access to clean water at all times.

Hens can’t produce eggs optimally for long without a complete, balanced diet. Laying hens require approximately 38 nutrients every day in the right forms, concentrations and combinations to be healthy and productive. Certainly hens can survive by serving as the family’s garbage disposal or being lavished with treats every day, but they won’t be as healthy as they should be, won’t live as long as they could, and their egg production and egg quality will suffer.

Poultry nutrition is a complicated science that requires careful sourcing, ingredient quality control monitoring and careful mixing to ensure every bite has the same nutrient profile as the next. These aren’t functions the average chicken-keeper can perform at home. Poultry nutrition is not a recipe one can download from the internet.

Thankfully, backyard flocks benefit from decades of the intense study of poultry nutrition in the commercial industry. Poultry nutritionists know exactly what a hen’s diet should contain, and they ensure that each bite a hen takes of her layer pellets or crumbles is complete and balanced.

Most backyard chicken-keepers purchase high-quality, complete layer feed for their hens only to unknowingly offset the balanced diet. We are diluting the complete nutrition with too many dietary extras that I call “treats.”

A healthy treat is fine from time to time, but limit treats to no more than two tablespoons per bird a day—occasionally, not every day.

Light is responsible for triggering a cascade of hormones inside a hen’s body that causes the release of an egg yolk (ova) from the hen’s ovary, which then develops into an egg over the next 25 hours. A hen requires 14 to 16 hours of light to produce an egg. The decreased daylight hours in autumn and winter can cause egg production to slow down or cease.

Supplemental light by way of a simple strand of holiday lights or a single 40-watt LED bulb in the coop can promote egg laying. Despite myths to the contrary, it has no detrimental effects on hens. A hen without all the necessary resources to lay eggs stops laying eggs regardless of lighting conditions.

The annual succession of a hen’s feathers coincides with the regression of a hen’s reproductive tract and the diversion of resources away from egg production to feather growth. Decreased daylight length at the end of summer signals the beginning of a molt for most hens.

While egg production is slowed to some degree by a molt, chicken keepers can support hens nutritionally for four to six weeks by offering a complete chicken feed higher in protein than the usual layer ration. This supplies the hens with the amino acids needed to generate new feathers faster.

Egg-production decline occurs when laying hens are stressed for any reason. Chickens are prey animals whose survival has long depended on a healthy distrust of new things. They dislike change of any kind.

The most common and obvious changes that can throw them out of production for a time are changes in feed type or shape, tweaks to coop location or layout, moving to a different yard, and gaining or losing flock members. Other stressors that can trigger egg-production decline include being harassed by a predator from outside the coop at night, rodents pestering the birds on the roost at night, and severe weather including extreme cold or extreme heat.

Hens adjust to differences in feed, they become comfortable with a new coop and they forget about last week’s fireworks display before too long. Control the stressors you can, and don’t worry about the rest.

The first two years of a laying hen’s life are her most productive. She naturally lays fewer eggs thereafter. While many hens continue to lay eggs their entire lives, it’s never at the same rate as in the first two years. Nothing can change this.

Hens lay eggs to reproduce and continue the species, which is a function only a healthy hen can perform consistently. An unhealthy hen conserves resources when physically taxed, diverting them to survival. Because survival takes priority over reproduction, egg laying stops when the hen is challenged. A hen taxed by a worm overload or infested with mites or lice isn’t focused on survival of the species.

Check birds regularly for signs of external parasites. Watch for consistently irregular droppings, and get a fecal float test performed by a vet if blood or mucus turns up.

Disease or malfunctions of the oviduct (also called the reproductive tract) can slow egg production. Cancers, tumors and other reproductive disorders are extremely common in laying hens.

Seek veterinary help for a hen that has a swollen, squishy, water-balloon-like abdomen or if signs of egg-looking junk are found inside the nest boxes or on droppings boards.

Some conditions can be diagnosed and treated by a vet, but many can’t.

A broody hen is one called by nature to sit on a nest to hatch eggs. The broody hen stops laying eggs to incubate eggs she has already laid, whether they are underneath her in the nest or not.

A broody hen is easily identified. She leaves the nest only once a day to eat, drink and poop. She ordinarily growls or shrieks and puffs out her feathers if disturbed. Her presence in the coop can inspire a chain reaction of broodiness among other hens, which reduces the number of eggs laid by the flock.

As long as the members of your flock have all the resources they needs to be healthy, they will be as productive as they are supposed to be. Hopefully, this information will help you to anticipate normal egg production fluctuations and also help you recognize when a egg-production decline is caused by a problem that requires your attention.

Sometimes perceived egg-production decline isn’t a decline at all. The eggs are being laid, but they’re missing.

Free-range or pasture-raised hens might develop the unwelcome habit of laying eggs outside the coop in secluded locations. Hens have been known to disappear for weeks and return to the flock with baby chicks in tow. Confining the flock to the coop and run until midday for a couple of weeks ordinarily eliminates this behavior.

Everyone loves fresh eggs, including chickens. Hens often start eating eggs when they discover a broken egg in a nest box. Once a chicken gets a taste, it becomes difficult to stop intentional egg breaking and eating.

Sometimes fewer eggs is attributable to theft by predators such as rats, snakes or opossums. Be sure your chicken coop is safe and secure.

This story originally appeared in the January/February 2019 issue of Chickens magazine.