Hear that delightful “ping!” every time you process food for the pantry by following this troubleshooting guide for canners. 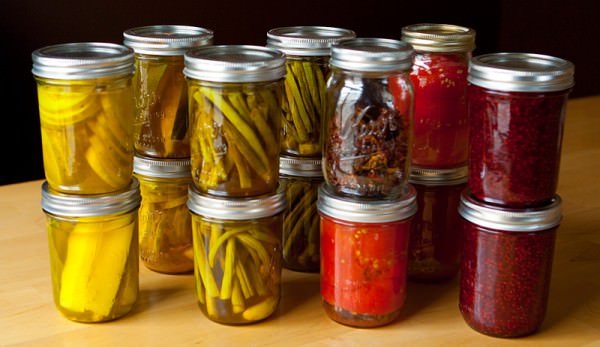 When you’ve gone to the trouble of washing your jars, preparing your food and pressure canning it, then you know the joy of hearing those jars seal with a distinctive and comforting “ping.” By the same token, you know how frustrating it is to spend all that time and effort to then have a jar that doesn’t seal. Fortunately, most of these instances can be avoided if we know why this happens and how to fix those situations. So here’s a checklist to help ensure an optimally enjoyable canning season.


Problem No. 1: The Wrong Jars/Lids

Jars or jar lids that are not manufactured for canning may fail to seal. Mayonnaise jars and other jars from the supermarket might not have the right specs to fit the proper lids. Worse, they might not stand up to the pressure canning process, breaking in the process and wasting the contents.

Resist the temptation to save money by using odd jars. It’s not a savings in the long run. Also, no matter how “unused” they appear, do not re-use jar lids. Once they’ve been sealed and unsealed, they may not have sufficient sealing compound between the jar rim and the lid to ensure a good seal. Plus, they may not be quite flat, which can prevent a solid contact all the way around the rim.

A chipped or uneven jar rim will prevent the rubber sealing compound on the lid from making a solid seal.

Things can happen to jars over the course of a year, so always visually inspect each jar rim for obvious defects. Next, run a cautious fingertip over each jar rim to detect unevenness. If you find anything obvious, delegate that jar to storage or decorative use because its days of being used for pressure canning are over.

The screw band may be rusty or bent, which prevents the lid from receiving equal pressure all the way around the jar rim. Without even pressure, the sealing medium on the lid can’t get a solid grip on the jar rim, and all it takes is a tiny breach to prevent a seal.

Take a second to examine each ring before you use it, and discard any that seem bent or have rust on the inside. Running screw bands through the dishwasher can make them more prone to rusting, so after use, wash them in warm soapy water, rinse, dry thoroughly, and store in a dry place.

Sometimes jars fail to seal because the band was not screwed down tightly enough before processing.

The manufacturer of Ball and Kerr canning lids recommends tightening bands until the point of resistance. Too loose and the lid fails to seat onto the jar rim. Too tight and air may not be able to escape from the jar, thus preventing a vacuum from forming as the jar cools.

If there is any food particles trapped between the jar lid and the glass rim, this can interfere with a good seal in much the same way as a chip or uneven spot.

Wipe the rim of each jar after you’ve packed it and before you apply the lid and ring. Use a clean, damp cloth or paper towel. There’s no need to wipe down inside or outside of the jar’s neck—just the surface of the rim is sufficient.

Problem No. 6: Overflowing Jars During Processing

Liquid may have boiled up and out of the jar during processing and left little bits of food between the jar rim and the lid.

Sometimes this just happens, but making sure you leave the suggested amount of headspace (space between contents and jar rim) will reduce the chances of not sealing for this reason.

Problem No. 7: Not Enough Heat

Sometimes jars fail to seal because the processing heat was not sufficient enough to force the air out of the jars and create a vacuum as the food cools.

Make sure your pressure canner reaches and maintains the recommended pressure and processing time to ensure that the food is hot enough to seal (and to prevent spoilage).

Problem No. 8: Tampering With Jars As They’re Cooling

Forced release of pressure can “pull” the liquid out of the jars, leaving bits of food on the sealing rim and interrupting the formation of a seal.

Don’t mess with the cooling process! Canning can be time consuming, and sometimes we can get impatient waiting for the pressure to drop inside the canner so we can process the next load of jars. But rapid, forced cooling of a pressure canner by jiggling the weighted gauge/petcock or setting it in front of a fan or into a sink of cool water will cause such a rapid change of pressure it may compromise your jars’ sealing ability. It can also cause the jars to break while still inside the canner.

Problem No. 9: There Were Air Bubbles

Certain raw-packed foods need extra attention to ensure that air doesn’t get trapped and prevent the jar from sealing.

For dense foods, such as squash and pumpkin, the University of Minnesota Extension recommends removing any trapped air bubbles prior to sealing by slipping a butter knife or rubber spatula down into the bubble to give it a pathway to escape.

Problem No. 10: You’re Doing It All Wrong

Time is of the essence in the kitchen, as we well know. But in this instance, if the canning manual recommends certain procedures, follow them to the letter. For example, if you’re making jam or pickles and the canning manual instructs you to process for 10 minutes, but your grandma never did it this way, assume the 10 minutes is required to ensure that the food is hot enough to cause the jar to seal.

Knowing why canning jars may fail to seal and how we can remedy this nuisance can help make canning season much more enjoyable and rewarding. Armed with this checklist, you should be good to go.