9 Responsible Uses for Your Meat By-Products

To live more sustainably, let no part of your butchered meat go to waste. Implement tips to feed your farm and build soil fertility. 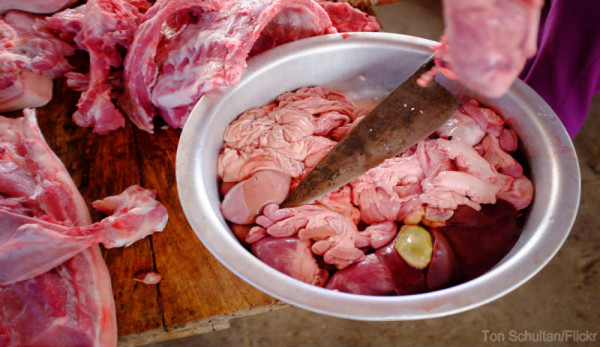 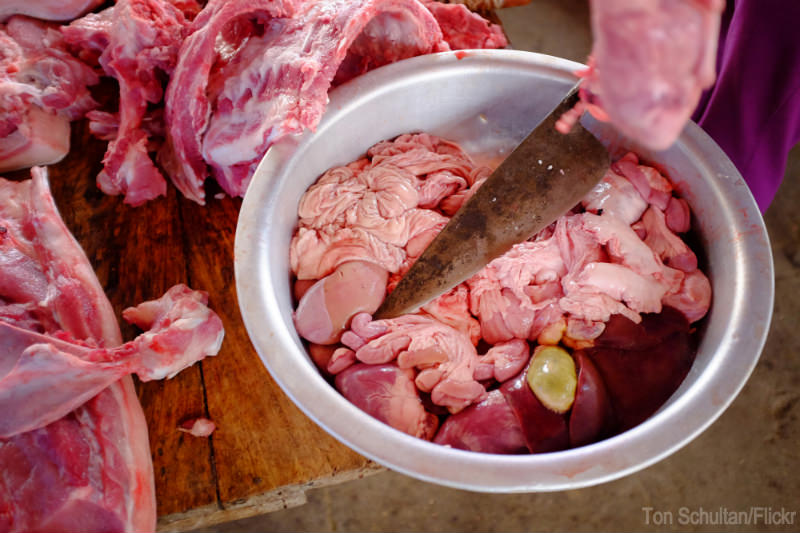 If youãre among the thousands of people who home-process animals for meat, you may find yourself quickly overwhelmed by the remainsãinnards, feathers, hides, et ceteraãand find yourself asking, “What do I do with all this stuff?”

Many byproducts of butchering donãt have to go to waste. Even parts that arenãt included in common meat cuts can often be consumed or composted, and when they canãt, there are proper means of disposal that are safe for you and the environment. When preparing to process your animals, try not to think of these byproducts as waste or an inconvenience, but as food, compost and fertility.

Depending on who you talk to, many people will tell you that no part of an animal is inedible. The most commonly consumedãand often healthiestãanimal parts are the liver, heart, tongue, gizzards, brain, kidneys (for beef, lamb and pork), tripe and sweetbreads. Research recipes for the innards, aka offal, of the animals youãre butchering. Even if you don’t think you have a taste for organ meat, you might be surprised.

Farm dogs will be more than happy to help you dispose of some of your butchering remainsãjust make sure you don’t allow extra innards to lie around the yard. Consider freezing some and feeding them to the dogs regularly. Pigs and chickens also appreciate being fed the byproducts. Avoid feeding the remains of the same animal, howeverãno pig guts to pigs, in other words.

If you have any remaining bones not packaged up with meat cuts, use them to make bone broth that can be frozen or canned. Bone broth is high in gelatin, collagen and easily absorbable minerals, such as calcium and magnesiumãplus, it adds great flavor to soups and recipes that call for stock. Simply add the bones to a pot or slow cooker filled with water, add an acid like vinegar and allow to boil. You can continue making the broth until the entire bone has disintegrated. Flavor the broth with herbs and spices as desired, or leave it as-is for greater versatility.

You can often find a market for inedible portions of the animal, like feathers and hide, especially if theyãre kept in good condition during raising and processing. People use the feathers of poultry like guineas or roosters for jewelry, crafts, decorating and fishing flies. If you donãt already know someone looking for feathers, try selling on sites like eBay or Craigslist.

The hides of cattle, buffalo and other animals can be tanned and marketed to businesses making leather products. The natural tanning process involves cleaning, washing, stretching, drying, softening and then smoking the hide. Tanning takes some work and you might need to read up on the process before getting started, but there are a number of online tutorials available and it can make a fun project.

The thought of maggot farming probably doesnãt conjure the most appetizing images, but maggots are an incredible source of protein for chickens, turkeys, ducks and other fowl.

To farm maggots, drill large holes into the bottom and sides of a large bucket. Hang the bucket on a sturdy tripod system, tree branch or the rafters of an old barn or outbuilding so itãs several feet off the ground and out of reach of curious predators. Pack the remains into the bucket in layers covered with a little hay to help with smell and decomposition. Flies will find it, and maggots will begin to fall from the holes onto the ground where your chickens can eat them.

While the maggots are a great source of protein, the decomposing organs may smell and attract unwanted predatory animals, so keep that in mind when choosing a place for your bucket.

With a little bit of care and a hot compost pile, it is possible to compost animal remains. Burying the remains in wood chips works best, but you can also bury smaller amounts in your normal compost pile, especially if it’s very hot.

The key word here is “bury”: You don’t want to simply set the remains on top of the pile for predators to pick through. The remains need to be at least 1 to 3 feet below the surface of the pile. Consider separating each layer of remains with something carbonaceous, such as hay or sawdust.

Feathers also make great compost, though theyãre high in nitrogen and break down slowly. Consider burying them with the rest of the remains either in wood chips or directly into the compost.

One viable option for safely getting rid of unwanted organ meat is burying them in a deep hole in the ground. Start by digging a hole 1 to 3 feet deep a day or two before slaughter. Collect all of your unwanted remains into a bucket, and carefully dump it into the hole, avoiding spilling any blood around the sides, which will attract scavengers. Pour a little lime on top to help camouflage the smell. Cover the hole with dirt, and place a large object, such as a grate, over the mound to keep animals from digging.

If you get your water from a well, bury the extras as far from the well as possible, especially if you have sandy soil. Also, consider burying the remains in a place you may want to plant a tree: Once they break down, that land will be very fertile.

Burning the remains can be another viable disposal method. Get a very hot fire going outside well before butchering, and place the remains on the embers, with more wood on top to keep it burning. Feathers can smell as they burn, so consider another disposal method for them. Animals will still likely dig through the ashes, so fence them out of the burn pile or you can expect a mess.

9. Sell What You Canãt Use

One person’s trash is another person’s treasure, right? Talk with other farmer friends, or place an ad on Craigslist or a community board a few days before processing day to advertise the scraps. Surely someone will be able to find a use for them.

Get more help with on-farm processing from HobbyFarms.com: