9 Tips For Dealing With An Uninvited Coop Guest

Sometimes your chicken flock experiences an unwelcome visitor. Here are nine tips to keep in mind when dealing with an uninvited coop guest. 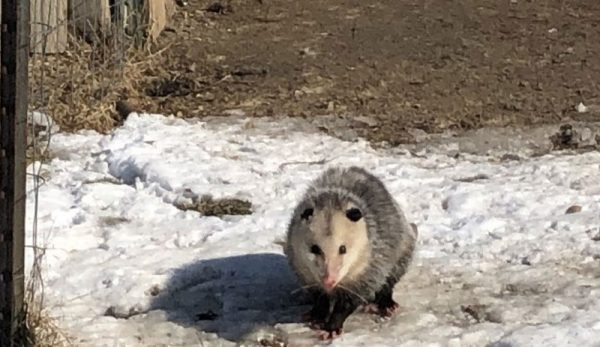 In this high-tech age, it’s almost unheard of to have unsolicited visitors knocking at your door.

On infrequent occasion, we find ourselves having to handle an itinerant salesperson or some other unexpected guest who may not pick up on your increasingly direct hints to move along.

It turns out that humans aren’t the only ones afflicted with unwanted company. Those of us whose flocks free range or whose runs are not fully contained run the risk of having a curiousâ€”or hungryâ€”predator pop by the chicken yard or, worse, settle itself down inside your coop.

My most recent experience with an uninvited coop guest occurred around noon just days ago, when I noticed one of my Orpington flocks behaving most unusually.

I’m quite accustomed to their pecking at my kitchen door, seeking scraps and the occasional piece of bread. This time, however, they were practically tripping over each other to enter the house.

The birds hovered by the door the entire afternoon and into dusk. They refused to return to their run and continually tried to dash into the kitchen. Deducing that something was causing this behavior, we headed out to investigate … and discovered a young opossum nestled down for the night inside their coop.Â

Your visitor might be slinking around your coop, terrorizing your birds as it looks for a way in. It might have wandered into your run and is stumped how to get out.

Or, like my little visitor, it might not know any better and simply thought your henhouse would serve as shelter for the night. Whatever reason brought your unwanted guest, the result is the same: There’s a predator present and you need to get it out.

Do so safely by following these steps.

Read more about protecting your flock from predators.

From bites and scratches to rabies and other diseases, wild animals pose a threat to your wellbeing as well as that of your flock.

If the uninvited coop guest is visibly agitated, diseased, wounded or infested with parasites, do not approach. Instead, contact your local U.S. Fish and Wildlife office or Animal Control department and inform them of the immediacy of the situation.

Move your flock to a temporary holding areaâ€”another run or coop, a garden or tool shed, your garageâ€”where they can calm down. Keep them out of the sight and range of the carnivore.Â

Thick work gloves, long sleeves and pants will add a layer of protection should the animal try to bite or scratch you through your live trap’s wire.Â

4. Set Up Your Live Trap

We have great success with canned cat food and with leftovers. Place the bait with the opening facing the entrance to your run or coop.Â

5. Observe from a Distance

The predator will pick up your scent and become (increasingly) frightened or agitated if you stay nearby. Retreat to a location, preferably downwind, to wait for the scent of food to draw the animal into the trap.

You might want to use this time to go reassure your chickens. They are probably confused as to both where they are and why they can’t be in their territory.

Your guest may be perfectly happy where he is, as our snoozy opossum was. If the aroma of an easy meal isn’t enough to attract your predator, have a Plan B ready.

Your Plan B can be just leaving things as they are for the night (which works if you moved your chickens to another coop). You can call a friend or relative for back-up/moral support or contact US Fish and Wildlife or Animal Control. Perhaps you blast music or another noise that might disturb the animal enough for it to want to vacate the premises.Â

Once your predator has been trapped, move your cage temporarily to a shady spot, preferably downwind of your flock.

Depending on what your local ordinances state regarding handling wild life that threatens your livestock, you should now contact US Fish and Wildlife or Animal Control. You can also transport the animal to a location and either release or euthanize it.Â

8. Inspect Your Coop and Run

If you’re fortunate, there will be no scat, urine or anything that leaves behind the scent of a predator. Even if you find yourself in the clear, it never hurts to put fresh litter down in the coop. You can also rake up the run a bit to help clear any lingering odors.

Once all is well, bring your flock back home.

Examine your coop and run to determine how the predator got in. Then take action to avoid a repeat scenario in the future.

Oftentimes, unfortunately, the steps you can take may be restrictive to your birds and your wallet. These include building a roof over your run, covering the top of the run with fine hardware mesh, and confining your flock to a run instead of allowing them to free range.

Wild animals are wily, however. If they are determined, they will find a way in, especially if you live near a forested area or in a rural zone. Vigilance is your best defense.

As for our uninvited coop guest, he was perfectly happy inside our New Orpington coop. Once I convinced my 16 year old that he was not allowed to wrap his arms in magazines, then pick the sleepy opossum up, we set up our live trap, baited it and waited for the little guy to go eat.

Fifteen minutes later, he was in our trap and, shortly after, dashing off into the forest 10 miles from our farm, where he hopefully found a more natural shelter to his liking.Â