9 Ways To Preserve Peppers For Winter

Home gardeners and cooks from across the country share their tips for putting up the pepper harvest use in meals year-round. 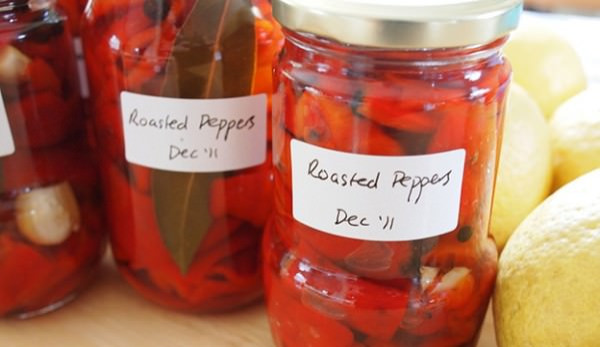 Peppers provide ultimate flavor for winterâ€™s soups and sauces. During dark, cold nights, when the summer garden feels like a distant memory, adding peppers to your dish brings both a taste of peak harvest and a dash of color to your meals. Plus, they add a boost of vitamin C needed to ward off the seasonâ€™s colds and flus.

Pepper varieties abound, from the spicy hot Diablito to candy-sweet red peppers, offering something for everyone. The key to incorporating peppers into your meals year-round is to preserve them during growing season so they are accessible for every way youâ€™ll use them come winter. These tips from pepper aficionados across the country will help get you started.

When Kathy Zeman of Simple Harvest Farm Organics in Nerstrand, Minn., harvests a bunch of green bell peppers, she immediately stuffs and freezes them for a quick and easy supper. When sheâ€™s short on time, all she needs to do is just thaw, heat and eat.

To make your own stuffed peppers, choose a grain and meat of choice, such as rice and chicken or quinoa and sausage. Cook the meat and chop into bite-sized pieces, and mix with the cooked grain. Mix in any additional vegetables and herbs, such as peas, chopped celery, onion, cumin, chili powder, garlic and oregano. Stuff your peppers, wrap in foil or saran wrap, and freeze for up to 6 months.

Roasting peppers in the oven retains their color beautifully while intensifying flavor. Cook whole peppers in a hot oven at 450 degrees F for 30 to 45 minutes or until charred. Cool and cut into serving-size pieces and freeze. Pop the roasted peppers into chili and soup all winter long. Mary Ann Bellazzini of Campo di Bella Farm in Mount Horeb, Wis., recommends roasting and freezing some eggplant along with the peppers. “The peppers and eggplant not only held their shape but the flavor was amazing,â€ť she says.

Another way to roast peppers is on the grill, recommends Jessica Dokachev, who preserves the harvest at her home in Pennsylvania.

“Grill sweet red peppers until the skin blisters and chars,â€ť she says. “I like to then wrap the peppers in foil for about 10 minutes to let the steam help loosen the skin, and then peel the skin off when fully cool.â€ť

Once cool, slice open the peppers, remove the seeds and stems, and slice into strips. Pack the slices into a mason jar, along with some garlic and fresh herbs, then cover with olive oil. Refrigerate up to a few weeks, and use in any recipe calling for peppers.

Add the frozen peppers to cooked dishes, like tacos and casseroles, all winter.

If your hot pepper plants produced heavily this season, skip buying grocery store chili powder and make your own, recommends Anna Thomas Bates, food writer and blogger at TallGrassKitchen.com. Dry the peppers in the oven, a food dehydrator or by hanging. Once dry, crumble the peppers or pound into a powder with a mortar and pestle. If you grow several varieties of peppers, it can be fun to combine them into this seasoning, Thomas Bates says.

To add a little extra flavor to your homemade chili powder (if using hot peppers) or paprika (if using sweet peppers), smoke the peppers before drying them.

“When we lived in Davis, Calif., we had access to truckloads of multiple varieties of peppers via the student farm and research fields,â€ť says home cook Tracy Lerman, who now lives in New York. “One thing my husband did was smoke and then dehydrate the peppers, which sounds complicated, but aside from the equipment requirements, it was actually a surprisingly simple process.â€ť

The keys to smoking are time and patience, as it may take up to 48 hours to completely dry out a pepper. First, load up the smoker (or grilled transformed for smoking) and process for the desired amount of timeâ€”anywhere from 3 hours to the full 48. If you choose to then move the smoked peppers to the dehydrator, split the time difference until completely dry. Crush or powder, and store in seasoning jars.

Spreadable preserves arenâ€™t limited to sweet fruits, like strawberries and peaches. In fact, pepper jelly can be used for anything from flavoring for bite-sized appetizers to marinating roasted meats.

“We love pepper jelly simply on toast or bread and it’s outstanding with goat cream cheese on crackers,â€ť says Dela Ends of Scotch Hill Farm www.scotchhillfarm.com in Brodhead, Wis. “Itâ€™s fabulous with roast beef, lamb or pork, but we love it so much, weâ€™d actually have it with peanut butter.â€ť

Pepper jelly recipes are found in a variety of combinations of sweet and hot peppers. Search online recipes and your favorite cookbooks to find the right mix for your heat tolerance.

Peperonata, a classic Italian pepper dish, is extremely versatile. Make a big batch now, and use it year-round as a side dish, a sandwich or pizza topping, or even an omelet ingredient. Terra Brockman, author of The Seasons on Henry’s FarmÂ (Agate Surrey, 2010) shares her Peperonata recipe on her blog.

“You can be very flexible with the ingredients in this recipe and make a big batch, freezing it in small containers to brighten up soups and stews and meals all winter long,â€ť she says.

Hot peppers can be added to batches of cucumber pickles for a kick of flavor, and sweet peppers can be pickled in combination with cucumbers and other vegetables or processed alone as a salty, crunchy snack. For quick refrigerator pickles, make a brine by stirring 3 tablespoons pickling salt and 2 tablespoons sugar in 1 cup white vinegar in a saucepan over medium heat until fully dissolved, and allow to cool. Slice peppers and other vegetables, and pack into canning jars. Add spices of your choice, such as dill seeds, garlic cloves and mustard seeds. Pour brine over vegetables until covered, and refrigerate for 24 hours up to 1 month.

For more ideas and pepper preservation recipes, check out the resources with the National Center for Home Food Preservation.

Get more pepper recipes from HobbyFarms.com: