With a little creativity and a lot of elbow grease, one Connecticut couple re-envisions and reinvigorates a run-down farmhouse. 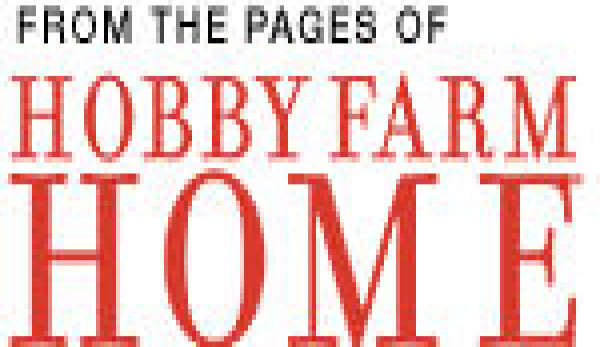 It started with the windows. Until Robin and Allen Cockerline replaced the windows in their newly purchased farmhouse, the place looked bleak, at best. In fact, before the new bank of windows, only the Cockerlines were able to see their diamond in the rough.

To everyone else, their handymanās special had all the earmarks of a tear-down, but the Cockerlines were no strangers to do-it-yourself renovation or hard work. On the surface, you might not think that a couple of art students like them would be equipped for the farming life and all the elbow grease it entails; however, their artistic training was the intrinsic ingredient that made their farming endeavors fly.

āIt was the 1970s, and the Back-to-the-Land Movement was very appealing,ā Robin recalls. Allen had farmed throughout his high-school career and had flirted with agricultural school. āHe used to hang out with the old farmers, soaking it in.ā

The couple met at Montserrat College of Art in Beverly, Mass., and though Robinās primary dream didnāt directly point to farming, she was game to take the back-to-land route. Logistics clinched the deal.

āWhen we realized that weād have to move to the city if we wanted to earn a living as artists, we made our decision,ā Robin says. They opted for the country life.

They bought a farmhouse 5 miles down the road from their previous home with plenty of buffer time before move-in would be necessary, knowing that they would be doing all the farmhouse renovation work themselves. Meanwhile, Allen had turned from dairying to beef, purchasing new breeding stock of his own as he sold off his employerās previous herd. The moment he converted, business took an upswing, giving the couple the opportunity to pay off their debt and buy the farmhouse with 2 acres of adjoining land they named Whippoorwill Farmāa fraction of the 450 acres that Allen farms.

With the surrounding acreage in conservation easement, the arrangement couldnāt have been better. Still, the farmhouse required more than just a heavy dose of elbow grease: Despite evidence that someone had recently put a considerable amount of work into the structure with new ceilings, a kitchen backsplash and countertops, it had been a temporary abode for a long time. āIt was years and years of āmaking do,āā Robin explains. Minor electrical and plumbing repairs, some of which were cosmetic, were accomplished by Allen, who did all of the renovations himself.

About the Author: With goats and organic gardens around her Connecticut cottage, Tovah Martin is every inch a hobby farmer. She is a freelance garden writer, lecturer,Ā blogger and authorāher most recent book is The New Terrarium (Clarkson Potter, 2009).

This article originally appeared in the November/December 2011 issue of Hobby Farm Home.