A Field Guide To Types Of Chicken Combs

Chicken combs come in a variety of shapes and sizes, depending on the breed. Whether you're choosing for climate or aesthetics, here's a quick primer on combs! 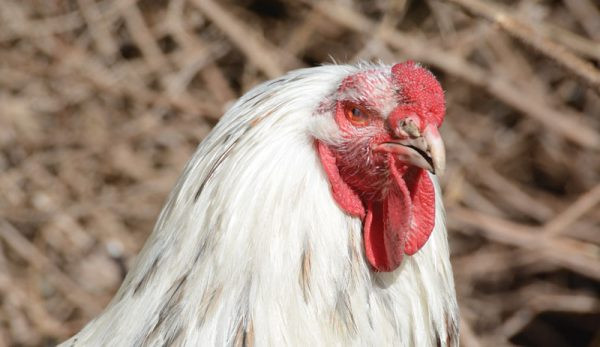 You probably have a field guide or two (or 12?) on your bookshelvesāhelpful volumes that aid you in identifying wildlife tracks or the nesting habits of North American songbirds. But your bookshelf might be lacking a handy guide to help you navigate the fascinating world of chicken combs.

Good news! This is your lucky day.Ā

When it comes to chickens, combs and wattles are key elements of their anatomy. A chicken relies on its comb and wattle to regulate its body temperature. And the comb also plays a part in establishing the pecking order of the flock (truly!) and is also a valuable attribute for attracting a mate.

Chickens are thought to recognize other members of the flock in part by their combs.

Combs are also a clue to gender. Roosters have prominent combs that tend to be more vibrant in color, while hens have smaller/shorter combs that may not be as brightly colored.

They can help determine a chickenās breed, as theyāre a distinguishing breed characteristic. And combs can even signal possible health issues. For example, a pale comb can indicate anemia or parasites. Ā

And then thereās the aesthetic factor. It goes without saying that chicken combs are predominantly red. But there are exceptions.

Silkie chickens have combs that are a stunning mulberry color. And, of course, the breathtaking Ayam Cemani chicken has a jet-black comb.

But for the most part, chicken combs are a vibrant red that is the perfect accompaniment to feathers of all palettes.Ā

And thatās just the beginning. With nine different types of chicken combs in a variety of shapes and sizes, thereās a lot to explore. Letās take a closer look.

A Comb by Any Other NameĀ

The single comb is the most common and the most iconic of all the types of combs. That’s why we give it top billing here.

The single comb features an upright row of five to six jagged points. Itās an eye-catching and attractive comb. And itās found in a wide number of breeds, including

Back in the olden days, when people chose names for the different types of chicken combs, someone must have decided that it would be a great idea to name some of the chicken combs after flowers.

As a result, we have the floral trio of buttercup, carnation and rose combs. Two of theseābuttercup and carnationāare rare. But rose combs are found in several breeds including

Best suited for warm climates, the buttercup comb is found in only one breed: the Sicilian Buttercup.Ā

The carnation is also similar to the single comb, but it adds some extra pizzazz with little spiky spots at the back of the comb. Itās sometimes known as the ākingās combā and is found in the Penedesenca breed. Ā

Rose combs donāt look like single combs. But they donāt really look like roses, either. Instead, rose combs are low to the head and quite bumpy, with an interesting spike that sticks out behind the head.Ā

Of the three, pea combs are the most common. They have three low ridges that rise from the beak and go partway up the chickenās head, with the middle row being the tallest.

Chickens with pea combs are suitable for cold climates. This type of comb is found in

Itās been said that the strawberry Ā comb looks like a strawberry (well, it is red), and its round and bumpy texture is reminiscent of that springtime fruit. Strawberry combs are found in Malays.

Walnut combs are characteristic of Silkies, Yokohamas and Russian Orloffs. And this type of comb is aptly named, because it really does resemble a walnut.

Its shape makes it a good choice for cold climates. Itās less vulnerable to frostbite.Ā

Read more: You can keep chickens comfy, no matter the weather.

By the time the comb-naming people got around to these last two, the well of creativity must have been running a little low. Our final two are cushion and V-shaped combs.Ā

The cushion comb is neat, tidy and compact without points or spikes. In fact, it looks like a cushion. Itās found in the Chantecler breed and is a suitable comb for cold regions.Ā

The v-shaped comb looks exactly as youād imagine a V-shaped comb would look. Itās quite different in appearance than any of the other combs. Some of the breeds that exhibit V-shaped combs include CrĆØvecoeur, La FlĆØche, Polish, Houdan and Sultan.

This type is sometimes known as devilās horn or the horn comb.Ā

Just when you think youāve mastered all the combs, allow us to complicate things just a bit more: Some chicken breeds boast single and rose combs within their populations, including Anconas, Dorkings, Leghorns, Rhode Island Reds and others.

Have fun as you explore the wide array of chicken combs and their unique characteristics. We hope this guide helps you on your journey!Ā

A Comb For All Seasons

Climate is an important consideration when choosing a breed. The type of comb plays an important part in the breedās suitability for a particular area.

You can take steps to prevent frostbite by providing appropriate shelter that is warm, dry and well ventilated to minimize moisture. Itās been said that petroleum jelly can help prevent frostbite when applied to combs. This, however, may not be effective in severely cold regions.Ā