A Fresh Take on Foraging

Photo courtesy ForageSF Iso Rabins of ForageSF teaches burgeoning food finders how to forage for edible plants. Foraging is the latest foodie fixation. While there is nothing new about the practice of gathering food from wild places, creative locavores are taking the art of found food to new levels, transforming the bounty into restaurant meals, […] 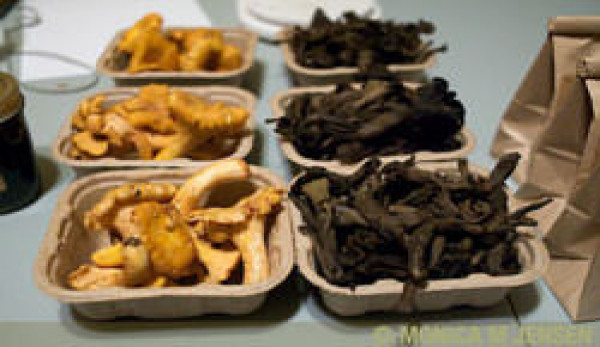 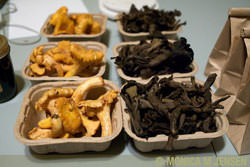 Foraging is the latest foodie fixation. While there is nothing new about the practice of gathering food from wild places, creative locavores are taking the art of found food to new levels, transforming the bounty into restaurant meals, artisan beer and community-supported agriculture programs.

Meet three foodies with a fresh take on foraging.

Sean Lilly Wilson startedÂ Fullsteam in 2010 with the goal of brewing beer that features local ingredients and embraces Southern food traditions. He developed partnerships with local farmers to source ingredients such as basil, rhubarb and scuppernong grapes for the beers he brews in Durham, N.C.

â€śMost people donâ€™t think of beer as an agricultural product,â€ť says Wilson. â€śIt comes from the earth, not some soulless industrial machine, and thatâ€™s the message we want to get across with our beers.â€ť

Wilson refers to his beer-making approach as â€śplow-to-pint.â€ť

In 2010, foragers sold 75 pounds of persimmons to Fullsteam; in 2011, the brewery collected more than 500 pounds for its First Frost ale.

â€śSo much fruit goes [unpicked], and there is no need to waste the great resources that are literally in our backyards,â€ť Wilson says. â€śWe want people to wander in the woods, on farms and in their backyards and realize the good things that grow in our local soil.â€ť

Knowing that few ingredients were more local than the fruits, vegetables and herbs found in backyards and community gardens throughout L.A., Kim invited diners to bring their harvests to Forage.

Between 20 and 25 percent of the ingredients used in the farm-to-table dishes come from foragers who accept dining credit in exchange for their harvests. Other foods on the menu are sourced from farmers markets and local growers.

Although Forage became wildly popular with diners for its hyper-local menu, the Health Department was unimpressed: Concerns over serving food from unregulated sources led the restaurant to discontinue its foraging program for several months.

Forage formalized the process, putting out calls for ingredients to its Home Growers Circle, a group of certified backyard gardeners throughout Los Angeles who bring bumper crops to the restaurant.

When it comes to finding mushrooms, chickweed, nasturtium, wild radishes and acorns in the forests and parks around San Francisco, no one is more skilled than Iso Rabins.

The founder of ForageSF, Rabins leads foraging walks, teaching burgeoning food finders how to identify edible foods growing all around them.

â€śForaging gives you a different relationship with the environment,â€ť says Rabins. â€śWe have a belief about nature that you look but never touch.â€ť

Of the several foraging walks ForageSF offers every month, mushroom hunting is the most popular; the daylong walks often sell out within hours of being posted. Depending on the season, Rabins leads foragers to porcini mushrooms, chanterelles and morels that grow abundantly in the wild.

Not long after he started foraging in 2006, Rabins realized that he had collected enough found food to share. He started Wild Kitchen, a monthly dinner series featuring an eight-course pre fixe meal based on locally foraged foods, to share his bounty. Each event attracts upwards of 100 diners eager to taste wild foods.

â€śWe know so little about the foods we can eat [in the wild],â€ť Rabins says. â€śThese dinners are meant to give people an awareness of the amazing edible plants that are growing all around us; things they walk past everyday and never knew they could eat.â€ť