Western culture's obsession with pretty food is now being fed through the magic of genetic modification. 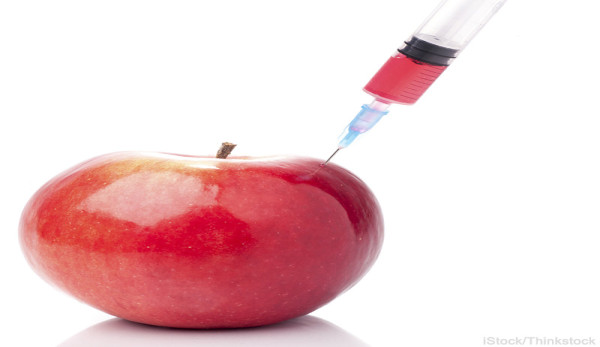 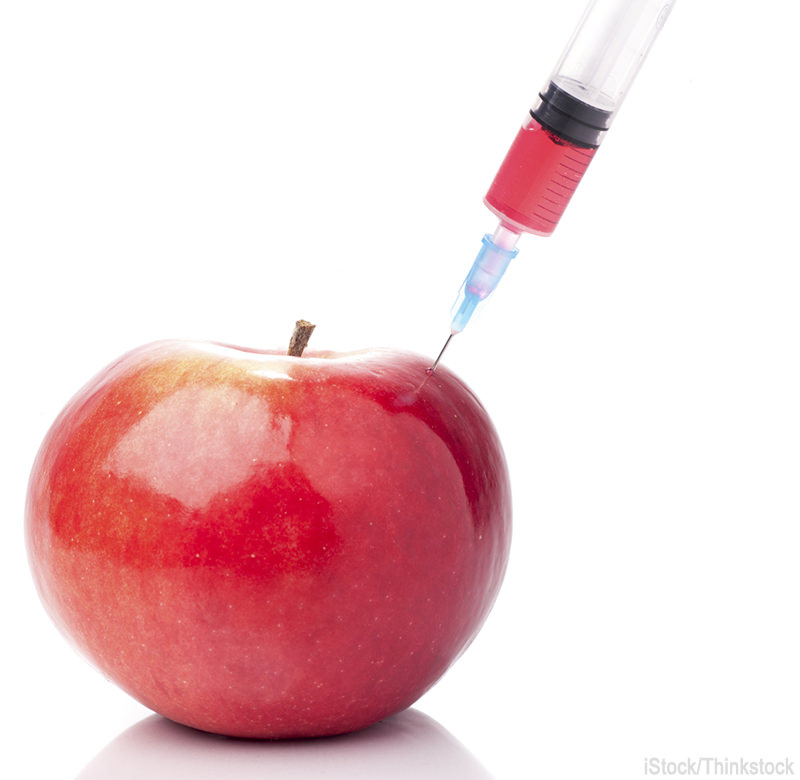 When I first heard about Arctic Applesâ€™ GM appleâ€”genetically modified to not brown when bruised or cutâ€”and J.R. Simplotâ€™s GM Innate potatoesâ€”genetically modified to have fewer black spots, not brown as quickly and produce less of the carcinogenic compound acrylamide when cooked at high temperatures (aka fried)â€”I face-palmed. The concept of GM crops was originally sold to us on the basis that they would have a higher yield, require fewer inputs and be more drought-resistant and therefore will be the answer to feeding the world. Now we have an apple engineered for cosmetic purposes and a potato that will allow us to â€¦ I’m sorry â€¦ fryÂ more potatoes.

A North Carolina State University and the University of Minnesota study found consumers are willing to accept GM foods and foods produced using nanotechnology if these foods present nutritional or food-safety benefits. I am about to make a large statement here: I’m not entirely anti-GMâ€”and this is the first time I’ve admitted that in writingâ€”rather I’m anti- the negative effects of GM, be they to the environment, to health or as a result of the methods used to produce these crops. I think every GMO needs to be evaluated on its own individual merits, so I’m not anti-GM apples or potatoes right off the bat (but I definitely want to see them labeled). Nonetheless, why are people so ill-informed about their food that they can’t eat an apple or cook a potato after it’s browned? That just gets me. And if fried potatoes are bad for you because they release small amounts of a carcinogen, don’t eat so many fried potatoes! Even GM potatoes, when fried, will not be considered a health food, just like organic Pop Tarts aren’t health food just because they’re organic.

Looking at it from a food-waste perspective, rather than a consumer-education perspective, maybe we can reduce some wasted food here, and that’s an interesting concept.

The Arctic Apples website says: “We all love apples! Until they turn brown, that is. Arctic apples are everything you love about apples, without the ‘yuck’ factor that you donâ€™t. (Now if we could just get rid of the seeds!)â€ť Hold up. Let’s get rid of the seeds so that our food no longer resembles the stuff found in nature at all?

I have news for people who eat apples: Apples turn brown when they are exposed to air. Apples brown as a result of a chemical reaction between oxygen and the polyphenol oxidase and phenolic compounds present in apples. These things mix and the flesh turns an ugly color, but the taste and quality remains. Eat your apple faster if you don’t want it to turn brown, or toss your slices in some lemon juice.

The Arctic Granny and Arctic Golden varieties will be commercially available next year. There’s no word on the price yet. I hope these will be easy to distinguish from regular Granny and Golden varieties because, no doubt, Arctic will want to brand its product and the no-browning traits, because it says that’s what customers want. It’s clearly not what all consumers want, though, because big food companies, like McDonaldâ€™s and Gerber, don’t plan to use the apples and major apple-growing groups, including USApple and the Northwest Horticultural Council, are opposed to Arctic apples, too. Friends of the Earth and 11 other organizations also asked other fast-food giants to not source the GM apples.Â

I laughed when reading Indiana farm broadcaster and Hoosier Ag Today founder Gary Truitt’s blog: “I hope one day the fast food sector will grow a pairÂ and tell these radicals to go away.â€ť Yeah, take that, you nature-trusting radicals! (I jest. Truitt would totally dislike me, too.)

But if what you’re after is an apple that doesn’t brown and is not GM, that’s out there, too! The Opal apple is grown across Europe, but in the U.S., it’s only grown in Washington, so it’s really hard to find in stores. Maybe if demand were to increase, so would supply.

And About the Potatoes

Starting this year, you’ll be able to find three varietiesâ€”Russet Burbank, Ranger Russet and Atlanticâ€”of Innate potatoes in food service, but they will not yet be in grocery stores. It’s estimated they could save 400 million pounds of potato waste each year in the U.S. See above for my apple-browning rant, and apply it here, too.

McDonaldâ€™s, apparently reacting to consumer concerns, has already said no to the GM potatoes. The Innate potatoes aren’t the first GM potatoes to come around. In the mid-90s, Monsanto’s New Leaf potatoes were modified with the Bacillus thuringensis (Bt) gene, promising resistance to the hated Colorado potato beetle (my nemesis!). They didn’t take off because of supply and crop-transition issues, and they were no longer sold as of 2001.

J.R. Simplot is working on other GM potatoes that will also have resistance to late-blight disease and offer better storability.

With all things, I try to look at both sides, and these apples and potatoes are no different. Maybe Arctic Apples will make really picky consumers eat more fresh fruits, and maybe they will lead to less apple waste. Likewise, it would be nice to have less wasted potatoes, too.

Of course, as a farmer who harvests unattractive produce alongside its perfect-looking counterparts, I’d prefer that people just learn to accept more cosmetically imperfect foods. I’d also prefer that people get to know the farmers and orchardists who grow their food so they can ask, “Are these genetically modified?â€ť