A Guide to Treating Internal Parasites in Chickens

When holistic and organic approaches fail, try these treatments to help free your flock from infestation of internal parasites. 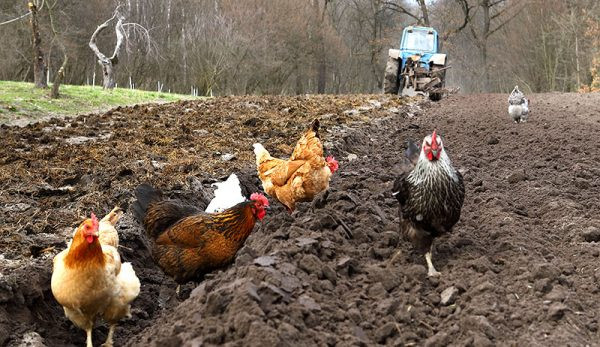 The early bird gets the worm, says the old adage. Yet that might not be good, especially when the worms are internal parasites. Cecal worms, roundworms, tapeworms, gapeworms and crop worms all exist in our outdoor environment. Unless we raise our birds in a contained, human-made facility, they eventually encounter one or more of these parasites. This happens regardless of whether your chickens are confined to a run or free-range your yard.

Infestation most commonly occurs when a bird eats either something contaminated with the eggs of a parasitic worm or an intermediate host harboring parasitic eggs. Most frequently, those hosts are earthworms but they can also be insects including beetles and slugs. Depending on the type of parasite, the infestation can be mild and resolve itself. It can also cause such symptoms as diarrhea, weight loss, depression, organ damage and reduced egg production. Severe cases can result in death. Many chicken owners offer their flocks all-natural vermifuges such as pumpkin, garlic, carrot and cucumber, as a way to organically deworm their birds. However, when holistic approaches fail, deworming medication might be necessary to keep your flock parasite free.

As with any medication, thoroughly read the label for instructions regarding proper dosage and withdrawal periods. That refers to the length of time a treated birdâ€™s eggs and meat are unfit for human consumption. For prescription treatments, make certain you follow your veterinarianâ€™s instructions and follow up accordingly.

Piperazine is an anthelmintic medication used to treat roundworm infestation in domestic animals as well as in humans. The medicine paralyzes the parasite, then flushes them out during defecation. Because of this, diarrhea is a common side effect of piperazine usage. Piperazine, when used in humans, requires a prescription. Yet a number of animal treatments often stocked by farm-supply stores and feed shops use this as the active ingredient. Wazine-17 is a Food and Drug Administration-approved deworming agent produced by Fleming Laboratories. It lists detailed instructions regarding its use with poultry as well as very specific withdrawal information. Note: Piperazine is not effective in treating other internal parasites.

Hygromycin is currently the only feed-based anthelmintic medication approved by the FDA for the treatment of cecal worms in poultry. It is also recommended for use against hair and crop worms. Mixed into a flockâ€™s feed, hygromycin disrupts the life cycle of these parasites by preventing them from producing proteins, thereby reducing the number of eggs laid and larvae reaching maturity. Durvetâ€™s Strike 3 Poultry Dewormer features hygromycin as its active ingredient. According to its label, no withdrawal period is necessary.

Note: Authorities have not approved using other versions of Safe-Guard with poultry. Their use in treating infested poultry flocks is considered â€śextra labelâ€ť and requires assistance from your veterinarian regarding dosage and withdrawal instructions.

Levamisole is a common deworming agent used to treat infestations of hair and crop worms in humans and animals. This synthetic chemical compound targets receptors on the parasite, overstimulating its muscles and leading to paralysis. Sold as Ergamisol, Levamisole is commonly used on poultry flocks despite the National Institutes of Health warning that there is no published withdrawal information. Consult with your veterinarian before using this.

At the current time, there are no medications commercially approved for the treatment of gapeworm or tapeworm infestation in poultry.