Currently, the law states that those living in Rio Rancho, NM cannot have the pygmy goats unless they’re living on at least one acre of land. 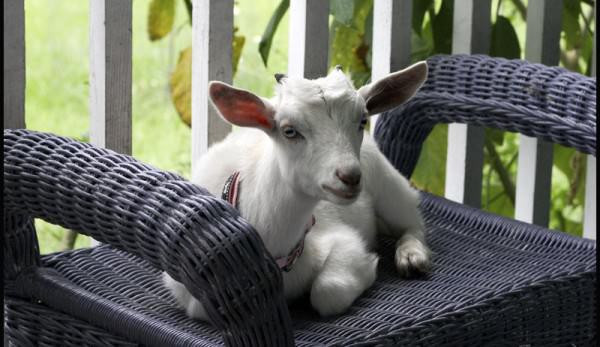 If you’re living in Rio Rancho, N.M., and you’d love to have pygmy goats or Nigerian dwarf goats in your backyard, you’re out of luck, because the law requires residents to have at least 1 acre of land before obtaining any goats—even small ones the size of a dog. However, that law may soon change … and so may your luck.

A new proposal set to be introduced Wednesday and backed by Rio Rancho city councilors Cheryl Everett, Dawnn Robinson and Shelby Smith “would amend the law so that Pygmy goats and Nigerian Dwarf goats would be treated the same as dogs or cats under city law, meaning they’d be allowed in a lot more neighborhoods,” Albuquerque news station KRQE News 13 reports.

Councilor Smith told KRQE News 13 that the issue initially came up during his campaign, when several people approached him regarding the restrictions on keeping backyard chickens in the city. As he worked on that issue, Smith expanded it to include pygmy and Nigerian Dwarf goats.

“They act a great deal like dogs is my understanding,” he told KRQE News 13. And if the city allows dogs, why not miniature goats? They’re even roughly the same size as dogs.

When residents were asked their opinion on the matter, one told KRQE News 13, “[Pygmy goats] can’t be any worse than some of the dogs we’ve got around, dogs that bark and bark and bark all day and all night.”

The new ordinance is set to be introduced at Wednesday’s Rio Rancho City Council meeting.