The Sustainable Poultry Network is a burgeoning organization that promotes heritage-breed chicken keeping. 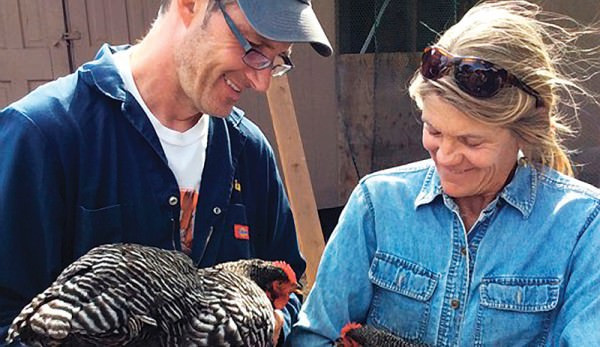 Jim Adkinsâ€™ love of birds started when he was a young boy. He was first introduced to chickens when his father brought home a flock of Cornish Cross and Rhode Island Red chicks, and his passion for these birds grew from there as he became involved with a 4-H club and began breeding and exhibiting chickens, eventually going on to judge poultry himself.

As an adult, Adkins started work in the poultry industry, supervising five ranches that raised more than 450,000 turkeys every yearâ€”commercial, industrialized turkeys that couldnâ€™t even mate naturally.

This, combined with the fact that he could see evidence of the steady decline in heritage poultry breeds, led Adkins to take action: â€śI realized that we must get [heritage breeds] back into the marketplace or they will disappear forever.â€ť

He began traveling across North America, teaching workshops and spreading the â€śpoultry gospelâ€ť as he encouraged the use of sustainable heritage breeds for egg and meat productionâ€”not just as pets or novelties.

It was at one of these workshops in 2010 in Winston-Salem, N.C., that a group of farmers at the Carolina Stewardship Annual Conference became interested in raising and marketing standard-bred heritage breeds, and asked Adkins to mentor them. This resulted in the formation of the Carolina Heritage Poultry Coalition, which quickly grew into a national organization now called the Sustainable Poultry Network, or SPN-USA, of which he is the founder and president.

The official mission of SPN-USA is, â€śEquipping farmers, chefs and people to breed, grow and market sustainable flocks of standard-bred poultry.â€ť It has become a valuable resource for many poultry farmers, focusing on training and mentoring them so that they can effectivelyÂ understand and implement sustainable practices. When asked what challenges SPN-USA has faced, Adkins says that their greatest challenge is growth. Theyâ€™re constantly working on developing tools and training materials and equipping more coaches so that they can reach more people interested in raising and marketing standard-bred poultry.

To get involved, the annual SPN-USA National Conference will be held in Asheville, N.C., thisÂ November. You can also attend one of the many seminars and training events held across the country, request one for your area or join the Full Farm Mentoring Program, where a coach will mentor you throughout the entire process.

â€śThis is a very exciting movement,â€ť Adkins says. â€śIt is a great family of people with a like-minded vision and passion. I invite you to get involved.â€ť