A Plate Of GM Bacon And Eggs

New genetically modified chickens are curing diseases, and GM pigs may be coming to a farm near you. 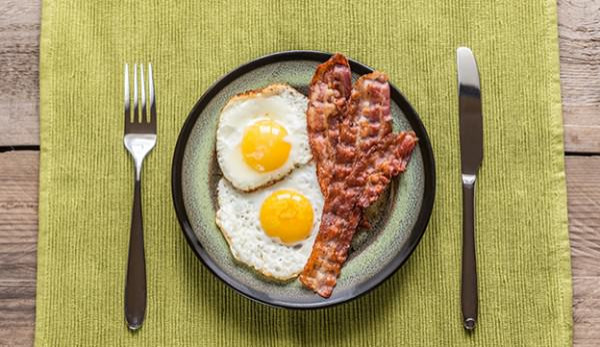 In the age-old question, “Which came first, the chicken or the pig?â€ťâ€”that’s how the saying goes, right?â€”they’re both pretty close in this genetic-engineering race. The chicken is the first genetically modified animal to be approved by the Food and Drug Administration’s Center for Veterinary Medicine as a pharmaceutical producer. The pig, on the other hand, is the first to show immunity to a deadly swine disease. (And all of this is on the heels of the FDA’s recent approval of GM salmon.)

To human- and animal-health researchers, both the GM chicken and the GM pig are huge wins. To individuals with genetic-modification reservations, both offer huge areas of debate.

If you keep pigs on your farm, you might know about porcine reproductive and respiratory syndrome, a virus that appeared in the U.S. in the late 1980s. It’s the most economically devastating disease for commercial hog producers, and until animal-science researchers at the University of Missouri and Kansas State University teamed up, there were no sure-fire controls or treatments.

Researchers removed the naturally occurring CD163 protein from a group of pigsâ€”this is what allows PRRS to spread through the pig’s bodyâ€”and after these pigs were exposed to PRRS, they didn’t get sick. Researchers also say their development is the same as a non-GM pig. Now the University of Missouri is working with biotech company Genus, plc, and hopes to bring this strain of pigs to the commercial pork industry, putting GM bacon on plates everywhere.

“At the end of our study, we had been able to make pigs that are resistant to an incurable, untreatable disease,â€ť says Kevin Wells, co-author of the study and assistant professor of animal sciences at MU. “This discovery could save the swine industry hundreds of millions of dollars every year. It also could have an impact on how we address other substantial diseases in other species.â€ť

These pigs join GM pigs in the United Kingdom that have been engineered to resist African swine fever and GM teacup pigs from China that are being sold as pets.

The “incredible, edible eggâ€ť has long been the subject of debate among health professionals. They’re full of cholesterol, which we’re told is bad for us, but they also have loads of protein and other nutrients. Now injecting eggsâ€”not eating themâ€”is the subject of discussion right now.

Infants born with lysosomal acid lipase deficiency (aka Wolman disease) and children with cholesteryl ester storage disease now have the option of being treated with Kanuma, a pharmaceutical that’s derived from the GM chicken’s egg. With LAL deficiency/CESD, an individual has little or no natural LAL-enzyme activity, so fats build up inside of cells and can cause liver and cardiovascular disease, plus other complications. Kanuma offers a proteinâ€”rhLALâ€”that functions in place of the patient’s LAL protein.

The chicken’s role is to produce the rhLAL protein in its egg whites. The egg whites are refined, the protein is extracted, and Kanuma is produced. Kanuma is then given intravenously to patients.

LAL deficiency/CESD is a super-rare disease, affecting only 200,000 individuals in the U.S. each year. Kanuma is the only pharmaceutical approved to treat Wolman disease. Up to this point, patients with Wolman disease rarely survived beyond the first year of life. The condition of CESD patients has varied depending on the severity of the disease and other complications.

The FDA is careful to point out that these GE chickens are used only for producing the drug substance and that neither the chicken nor the eggs are allowed in the food supply. It says the chickens’ health is not affected by this genetic modificationâ€”even over several generationsâ€”and there is no potential environmental impact because the chickens are securely contained.

“We reviewed all of the data to ensure that the hens do produce rhLAL in their egg whites without suffering any adverse health effects from the introduced rDNA construct,â€ť says CVM director Bernadette Dunham, DVM, PhD, in a press release. “The company has taken rigorous steps to ensure that neither the chickens nor the eggs will enter the food supply, and we have confirmed their containment systems by inspecting the manufacturing facilities.â€ť

The ethics of genetic modifications like these can be hashed out over volumes of books and years of debate. I’ve continued to maintain that I’m not against GMOs, but I am against indiscriminate use of genetic modifications and especially against GMOs that have a negative effect on environmental, human or animal health. These GM chickens are a non-issue on your farm, unless you plan to start producing pharmaceuticals. I’ve been to animal-pharmaceutical facilities before, and I have to say I’ll stick with my small-scale, sustainable farming plans.

The PRRS-resistant GM pigs, on the other hand, could very well be available for you to keep on your farm. If you’ve ever dealt with PRRS on your farm, you might look at this as an attractive option. The meat from the GM pigs will also likely end up in the grocery store, assuming they get the go-ahead for commercial production from regulators. The way the GMO-labeling movement is going, this meat won’t be labeled for consumption, and that doesn’t make me happy.

I would love to hear your thoughts about using animals to create pharmaceuticals via genetic engineering and about genetically modifying food animals (with or without labeling). Please share them in the comments section below this article.