A Quick Way To Boost Iron In Your Soil

Are your young plants struggling? Perhaps the iron in your soil is lacking. 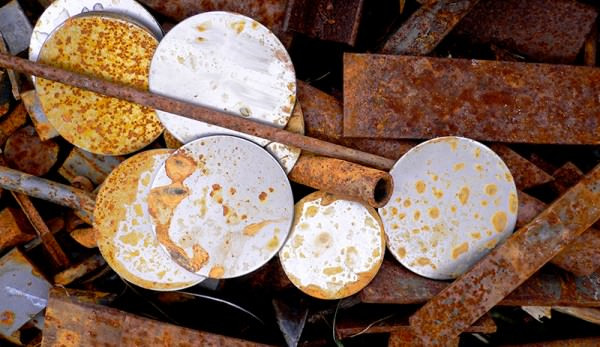 I heard a piece of folk wisdom from an Irish gardener. Her sapling apple tree was struggling, and a local woman told her to bury a piece of scrap iron at the base. By the next year, the tree was thriving.

Stories and superstitions like these from gardeners and farmers abound. Theyâ€™re obviously not based on hard science, but they often come from observations that have been passed through generations.

In this case, what an old piece of scrap iron can add to the soil at the base of a seedling apple tree is rust or iron oxide, which is an under-appreciated plant micronutrient. Iron deficiency, also called iron chlorosis, causes a yellowing of the leaves, and overall lack of vigor. It is often especially prevalent in acidic soils or soils with an excess of copper, manganese or phosphorus.

Iron is a necessary component for the formation of chlorophyll, so it impacts a plantâ€™s ability to harness the energy of the sun. Iron also plays a role in the respiratory function of plants, where they convert carbon dioxide to oxygen. Soils can have a lot of iron, but plants growing in them can still be iron-deficient. Red soils, for example, are typically iron-rich, but often it is in the insoluble form of the mineral.

Iron is one of the most common micronutrients that plants can be deficient in, which is probably why the older Irish lady suggested burying a piece of scrap iron beside the apple tree. Even without a comprehensive soil test, a diagnosis of iron deficiency is often right on the money.

Adding iron to the soil can be as simple as using scrap pieces of iron, but sharp, rusted pieces of metal in the garden carry their own risks. A popular choice as a soil amendment is powdered or granular chelated iron. Correcting other soil imbalances, like pH and the other aforementioned nutrients, can also go a long way toward preventing iron chlorosis.