A Slew of Slaws 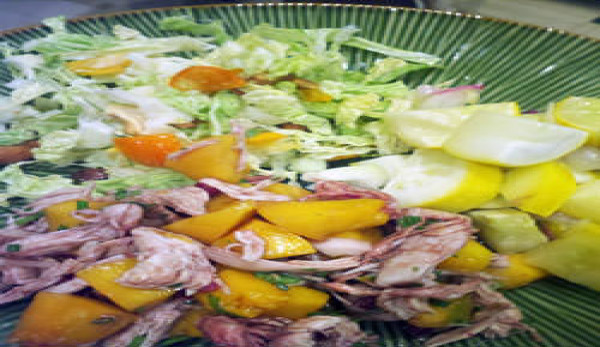 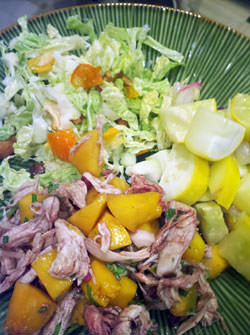 This homegrown slaw is dressed simply with cider vinegar and agave syrup.

I usually think of cabbage as a winter vegetable: a homey ingredient full of German and eastern-European associations, perfect for cozy fall dinners and comforting winter combinations. However, in our garden, cabbages glisten gloriously, ready to harvest in July. We have dusky purple heads; thick-leaved, green cabbage; and crinkly Savoy.

During summer, our go-to dish for cabbage is cole slaw, especially since our lettuce have pretty much bolted to tall, flowering stalks. Cole slaw recipes have been on my mind lately because I’d volunteered to make enough cole slaw for 20 guests for a friend’s party. And recently, when I ate some at another party as an accompaniment to lobster rolls, corn and potato salad, I was reminded of just how amazing the classic, American mayo-dressing style can be.

Even so, my 100 percent locavore, homegrown cole slaw would have to hold up at an outdoor party; although it deviates from classic cole slaw recipes, I made mine without mayonnaise. My friend, Lisa, told how she recently whipped up a very modern slaw (shown in the photo above). She tossed together homegrown kumquats, toasted cashews, grated carrots, chopped fennel fronds, and a simple dressing of apple-cider vinegar and agave syrup – perfect for a picnic on a warm summer day.

The food processor is a godsend for massive salads, such as what I had to tote. First, I sent a little of each cabbage through the slicing blade. Then, the julienne blade reduced the first two bell peppers of the summer, the first red onion bigger than a scallion, six too-big-for-salads radishes, the last garlic scapes I’d hoarded, and eight or so red, yellow and orange carrots. Three tablespoons of toasted sesame seeds, chopped cilantro, parsley and a few edible, striped nasturtiums garnished the top. I squeezed half a lime and half a lemon’s worth of juice over the mix to keep it from browning, and then got started on a dressing.

My own mayo-less cole slaws come basically two ways with optional variations: Asian-ish and German-ish. The “-ish” means I embellish or vary those palates as I like. Since I knew the main course would be meat-heavy, I chose the more acid, faux Asian dressing: about a 1/2 cup of low-sodium soy sauce, 1/4 cup of rice-wine vinegar, the juice of a couple more limes, roughly 3 to 4 tablespoons of canola oil and another of sesame oil, a 2-inch knob of peeled ginger, minced; a good teaspoon of red pepper flakes, and 2 to 3 tablespoons of sugar.

Half of this mix went into the bowl right away so the flavors could meld and the cabbage could soften a little. I tossed the slaw with the other half of it, adjusted the seasoning, and garnished it just before we hustled it into the car and headed to the party.

This slaw is also a great base for sliced grilled chicken or shrimp or leftover lobster (is there such a thing?). With the seafood, I might add a few tablespoons of fish sauce in the dressing, too.