Photo by Audrey Pavia Red will be going to a new home soon. Last night was a hard night. I finally made a decision I had been struggling with for months: It was time to give up my quarter horse, Red. Red came to us about four years ago, when his owners, Kim and Mike, […] 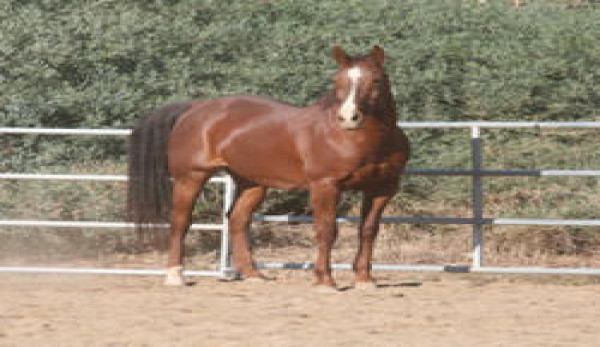 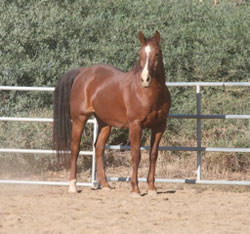 Red will be going to a new home soon.

Last night was a hard night. I finally made a decision I had been struggling with for months: It was time to give up my quarter horse, Red.

Red came to us about four years ago, when his owners, Kim and Mike, became overwhelmed with their responsibilities of caring for a traveling petting zoo, which consisted of chickens, pigs, goats and ponies â€” a plethora of animals that needed a lot of time and attention.

Red, who was 18 at the time, wasnâ€™t getting as much attention as he needed. While the quarter horse was well cared for, he wasnâ€™t being ridden. Red spent most of his time standing around eating and sleeping, which was fine by him but didnâ€™t sit well with Kim.

About two years ago, Kim and Mike moved a few miles away to a larger, 3-acre parcel in a rural community. They sold the petting zoo and settled into their beautiful new home with their two horses.

When Kim gave me Red four years ago, she asked me to let her know if the day ever came when I couldnâ€™t keep him. I couldnâ€™t fathom such a day, but always remembered her words. Last night, I asked her to take him back.

Urban farmers like me are facing hard times: Because the price of hay has skyrocketed, it costs twice as much to feed livestock as it did a few years ago. Horses are being abandoned all over California because owners canâ€™t afford to feed them. Livestock rescues are full of owner-relinquished horses, and more than one horse has been found wandering around a regional park, dumped by owners who could no longer afford to care for it. I would choose to live under a bridge before I ever abandoned any of my horses. Fortunately, in Redâ€™s case, I didnâ€™t have to make that choice. I am lucky that Kim and Mike are willing to take Red back because I can no longer afford to keep three horses. Red was the obvious one of the three to go because he had someone to take him. Iâ€™ll need to find a way to keep paying for Milagro and Rio, who I hope will be with me for life.

Iâ€™m going to miss Red horribly. He is a kind and gentle soul with just a little bit of mischief in him. While he is a real goofball in the turnout, when it comes to babysitting inexperienced riders, he has no match. He takes care of small children or novice adults, careful never to unseat them or frighten them in any way. Put him in front of cattle with an experienced rider, and he comes to life. His younger days as a working cow horse are still alive and well in his memory.

Soon, Red will be living on 3 acres instead of my cramped, half-acre property. Heâ€™ll be hanging out with two other geldings, which is great because he loves to play with other horses. Heâ€™ll go on short rides in the nature preserve that butts up against Kim and Mikeâ€™s property and will be showered with love every day.

Knowing Red will be happy and well cared for the rest of his life helps temper the sadness just a little, but no matter what, Iâ€™m really going to miss him.