Learn What It Takes to Start and Run a Cattle Farm

So you want a cattle farm? Here are the basics on beef and dairy cattle, marketing cattle-related products, and the concerns surrounding factory farms. 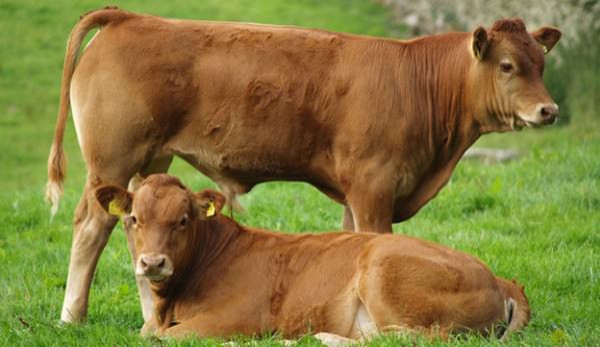 Whether for meat or milk, the reasons for raising cows are many. In addition to providing the edible products they’re most known for in the U.S., cattle can be used as work animals and a source of leather. Plus, they provide fertilizer for your farmland, and well-managed grazing can improve your forage, too. If youâ€™re on the fence about whether to make cattle a part of your farming operation, here are somethings you need to keep in mind.

Cattle are raised across the U.S. in different farming systems, including grassfed, grassfed and grain-finished, cow-calf farms, and feedlots. You need a lot of property and good water resources to start a cattle farm. A cow spends up to 6 hours a day eating and each drinks the equivalent to a bathtub-full of water a day.

Bulls, cows and calves all describe different members of a group of cattle. There are other terms also used to describe specific characteristics of cattle, including sex and age. Hereâ€™s a breakdown:

When raising cattle for food, you need to understand their reproduction cycles. A heifer is mature enough to breed at 15 months old and usually has its first calf when it is 2 years old. (It doesnâ€™t reach full size until 24 months of age, though.) Dairy calves are taken from their mothers at birth and raised separately so the mothers’ milk can be collected for human coonsumption. Beef calves are usually raised with their mothers on pasture and weanedâ€”or taken from their motherâ€”at 8 to 9 months old. Two months before giving birth, a dairy cow takes a rest from giving milk so it can focus its energy to grow her calf.

A cowâ€™s teeth is the No. 1 indicator age, which is good to know, particularly for a cow you didnâ€™t raise from birth, for healthcare purposes and to make management decisions. An easy-to-understand chart to determine a cow’s age using its teeth can be found from the University of Nevada.

If you think cow farming is for you, visit other farms to learn about the cattle breeds they keep, see their fencing systems, ask what they feed cattle, experience how they handle cattle and more. Contact your cooperative extension agent, as well, because they usually have easy-to-understand information about both meat and dairy cattle that apply to your area. Cooperative extensions and universities often host field days and workshops, too, where you can meet other farmers and people wanting to start a cattle farm.

Like all mammals, cows used for dairy must be impregnated in order to produce milk, so to start a dairy cattle farm, you need to have a bull on your property, have access to a bull or work with a veterinarian for artificial insemination. Most dairy farms sell the male calves born by their cows for veal production or breeding, depending on quality of the bull calf. These calves might also be sold for beef production or kept to produce beef for the family. Farms generally keep female calves to repopulate their herds as older cows’ milk production is reduced, but this, again, depends on the quality of the calf.

A cow typically remains in the dairy herd until about 5 years old, though many are capable of remaining productive for 12 to 15 years, according to the U.S. Environmental Protection Agency. The leading reasons cows leave the dairy herd are low production, infertility, mastitis (inflammation of the udder) and lameness. Starting a dairy farm requires a lot of commitment because cows need to be milked at least once, but usually twice, per day at the same time every day.

Because lactation requires so much caloric intake from a cow, it’s difficult to have a 100-percent grassfed dairy herd. It can be done but requires careful management, the right cattle and the right climate. There are a number of breeds of cows used for dairy production. More common commercial breeds include Holstein, Jersey and Brown Swiss, but there are also a number of heritage cattle breeds developed primarily as dairy cows, such as Ayrshire, Dutch Belted and Guernsey.

There are several ways you can start a cattle farm to raise cows for meat:

Small-scale, family farms and homesteading farmsâ€”probably like what you’re consideringâ€”are managed differently than large-scale, industrial farmsâ€”also called “factory farmsâ€ť or concentrated animal feeding operations (CAFOs). Factory farms are called such because much of the farming has been taken out of food production in these businesses, and they are instead operated like factories with large concentrations of animals. Factory farms are defined as operations with 500 or more dairy or beef cattle and can be problematic for many reasons.

Animal waste is a primary concern of factory farms, because with large concentrations of animals comes large concentrations of waste. Nonprofit environmental group Food and Water Watch estimates that the largest factory farms in 2012 produced 369 million tons of manureâ€”almost 13 times more than the waste produced by all of the people in the United States. All of this manure has to go somewhere, so it’s stored in lagoons and spread on farm fields but often leaches into waterways, causing pollution.

Use of artificial hormones in cows used for dairy production and cows for meat is a concern to animal-welfare advocates and to human-health professionals. Recombinant bovine somatotropin (aka recombinant bovine growth hormone) is used in dairy farming to maintain higher milk production. Approximately 17 percent of dairy cows in the U.S. are injected with rBST/rBGH. The FDA states that no “significant difference” has been found between milk from treated and non-treated cows. The European Union, Japan, Australia, New Zealand and Canada have banned its use.

Since the 1950s, the FDA has approved natural and synthetic steroid-hormone drugs for use in beef cattle to increase the animalsâ€™ growth rate and feed efficiency. Steroid-hormone drug pellets are placed under the skin on the back side of the animalâ€™s ear and dissolve there. The FDA says the level of hormone that is in the beef is acceptable for human consumption and that meat from these animals is safe for to eat at any time after the animal is treated.

Antibiotics are commonly administered at low doses to keep animals from getting sick in these high-stress, often-crowded conditions. Antibiotic overuse has been a primary driver in antibiotic-resistant bacteria that are impacting both animal and human health.

Animal welfare advocates have concerns about the way cattle are treated on industrial dairy farms and in beef feedlots. Large-scale CAFO cattle facilities are designed for the maximum production from the animal, which can place them under stress. According to the nonprofit Sustainable Table, “it also exposes the animals to high levels of toxins from decomposing manure and can create ideal conditions for diseases to spread. Feeding animals an unnatural diet rather than letting them graze and forage on open land simply adds to their health problems.â€ť

Small-scale, sustainably managed farms are different because more cow-friendly farming methods are used. With fewer animals kept in an area, the manure buildup isn’t as unmanageable; the animals are generally not crowded together so don’t need to be kept on sub-therapeutic antibiotics to keep from getting sick; and cows are more often able to move about, graze and generally be cows. Sustainable dairy and beef production dictates that animals are not given hormones and steroids (of course, these cattle produce steroids and hormones naturally in their own bodies), that there be a plan to safely use or dispose of the animals’ waste, and that antibiotics not be administered unless an animal is sick. Small-scale farms are more likely to be owned by families or cooperatives instead of large-scale corporations, so they strengthen local economies and preserve traditional livelihoods, too.

Thereâ€™s a growing market for small-scale, sustainably produced meat and dairy. Organic beef and organic dairy bring higher prices than meat and dairy without the organic labelâ€”theyâ€™re also more expensive to produce. If you were to start a cattle farm, you could sell your beef or dairy products directly from your farm, at a roadside stand, through at community-supported agriculture program, at farmers markets, and to locally owned grocery and natural-foods stores.

The USDA and FDA oversee the sale of meat and dairy products, and each state has its own laws, as well. Check with your state department of agriculture for all you need to know.

Starting a cattle farm for meat or dairy is a large undertaking. There is no one way to raise cows for dairy farming or cows for meat. Talk with others and begin your cow-farming operation the way the works best for you and your cattle.