Adopt a Llama or Alpaca 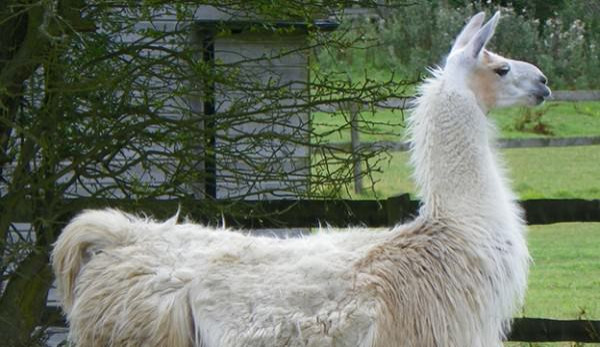 This blog is for Kendra, who asked for more information aboutÂ llamas and alpacas and for the rest of you who might want some of your own. You can adopt your llamas and alpacas. Here’s what you should know if you decide to adopt one of these farm animals.

Llama overpopulation is a real and scary thing. During the past few decades, indiscriminate breeders flooded the market with inexpensive, unregistered llamas. Now excess male alpacas are readily available, too.

Many prospective llama and alpaca owners assume animals in rescue are second-rate survivors of neglect or abuse situations, but nothing could be further from the truth. According to statistics provided by Southeast Llama Rescue, one of the largest and most active llama rescues in the world, 80 percent of their intake is comprised of healthy, sometimes show quality and often registered animals whose owners simply can’t keep them any longer. Their motto is “Things change.”

People surrender llamas and alpacas due to death in the family, divorce, loss of income and military deployment. They don’t want the animals they love to go to bad homes or to sale barns where they might end up as meat so they give them to a rescue.

And the other 20 percent? Some are survivors of neglect. Those llamas and alpacas are restored to health before they’re offered for adoption to new home farms. Others are sometimes surrendered due to behavior issues. Those are kept on foster farms and trained until ready for adoption.

Reputable rescues carefully evaluate animals before placement. They deworm, shear, trim the toenails and address dental concerns in the animals. Any behavior patterns, quirks or eccentricities are noted. If an individual is offered as a guardian llama, it’s exposed to livestock before being considered for placement. By adopting from a reputable rescue, you eliminate most unknowns. And if an adopted llama doesn’t work out, the rescue gladly takes it back.

Rescue, however, is not the place to obtain breeding lamas. Every responsible rescue castrates males before placement. Females are placed under no-breeding contracts.

Also, paying an adoption fee does not mean you own the animal. If you choose not to keep llamas or alpacas adopted through a rescue, they must be surrendered back to the organization. You must also agree to allow rescue personnel or their representatives to visit the llama or alpaca to make sure that itâ€™s properly cared for.

Adoption is the perfect choice for your farm if:

Adoption policies vary from organization to organization, so check outÂ the rescues on our list and contact them for more information. Mom and I recommend Southeast Llama Rescue.