African Swine Fever is a highly lethal viral disease in swine that has recently been reported in part of the Caribbean. Here's what hobby pig farmers need to know. 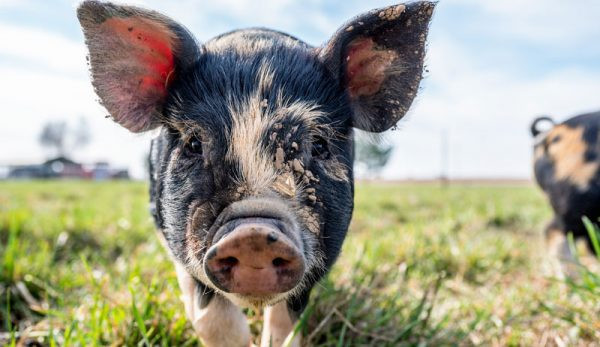 Commercial pork producers stay very aware of the current news about African Swine Fever. But this is important for anyone with hogs of any number on their farm. Here’s the latest.

African Swine Fever (ASF) is an internationally monitored and reportable viral disease in pigs, including feral hogs. Both the USDA and the OIE (the World Organization for Animal Health, essentially the WHO version for veterinary medicine) diagnose and track outbreaks to monitor the spread of this highly contagious and very lethal disease in pigs.

African Swine Fever is caused by a large virus in the Asfarviridae family. It can propagate in specific species of soft ticks. But once swine are infected, ASF spreads via direct pig-to-pig contact, through infected surfaces. It can survive in the environment for lengthy amounts of time.

Clinical signs include fever, depression, anorexia, vomiting, diarrhea and redness of the skin.

The bad news (for pigs): No cure nor vaccine exist. And outbreaks can have mortality rates that reach close to 100 percent.

This is why reporting and monitoring disease outbreaks is vital. Once a country discovers a case, it can be very hard to eradicate due to its longevity in the environment as well as the virus’ ability to survive in wild hog populations, which can be challenging to remove.

Given the extremely high mortality rate, it’s no surprise this disease has enormous negative impacts on a country’s pork industry as well as global supply.

So far, none of this is new news. What is news is that for the first time since 1982, ASF has been confirmed in the Americas. Specifically, African Swine Fever has shown up in the Dominican Republic and its neighboring country Haiti.

It has come as a shock that this virus showed up only about 800 miles from the U.S. Previously, the disease was mostly seen in sub-Saharan African countries, some European countries, and since 2018, in China, Vietnam and other countries across Asia.

A note of clarity: there is another unrelated virus (a small, RNA virus) that causes Classical Swine Fever (CSF). CSF results in similar clinical signs in pigs but with lower mortality.

CSF is endemic in the U.S. and many other countries. While an outbreak of CSF isn’t great, it’s not as decimating as an outbreak of ASF. Some news stories confuse or conflate CSF with ASF. Referring to either disease as “swine fever” adds to the ambiguity.

Read more: Let’s look back at when African Swine Fever broke out in China.

Currently, ASF is trying to knock on our door in the U.S., and pork producers are understandably worried. So what’s being done?

The OIE is emphasizing an increase in surveillance efforts across countries and, in conjunction with the Food and Agriculture Organization (FAO), are providing regional support. The USDA’s Animal and Plant Health Inspection Service also implemented extra safeguards to prevent the disease from entering the U.S.

And U.S. Customs and Border Patrol is increasing inspection of travelers coming from the Dominican Republic as well as helping prevent the “importation” of garbage from airplanes coming from these countries into the country.

What, then, can (or should) a smaller hog hobby farmer do? Maintain a strong practice of biosecurity on your farm , for starters. Second, stay aware of the situation globally as well as anything that might occur locally.

The USDA provides updates on the situation, as well as other information, to help farmers remain informed.