African Swine Fever Is Ravaging Pigs in China; Are Yours at Risk?

Not immediately, but there's a chance the disease could spread to North America. In the meantime, here are biosecurity tips for your pigs. 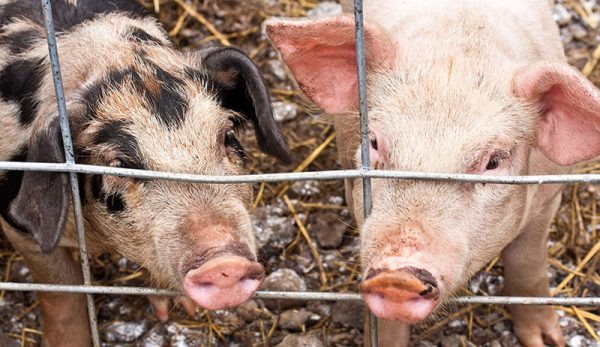 Something bad is happening to Chinese hogs. As of this writing, the Chinese government announced a major overhaul of the countryâ€™s swine production system in an effort to curb an outbreak of swine fever running rampant in the countryâ€™s pig population.

These symptoms once indicated the contraction of a disease that usually proved fatal in about two weeks. A viral infection that spreads rapidly and efficiently, swine fever was first recorded stateside in 1810 in Tennessee. It quickly spread in reputation and impact by decimating herds of pigs across the country.

The good news (aside from the fact that itâ€™s not transmissible to humans) is that the U.S. eradicated whatâ€™s now called classical swine fever with a program, executed at the industry as well as state and federal government levels, that began in the 1962 and completed 16 years later in 1978.

Hog farmers no longer worry about a viral wipeout in the U.S. Swine fever, however, remains a problem in other parts of the world and is closely monitored by the USDA.

Which brings us to those sick Chinese hogs. The specific ailment is a strain known as African swine fever, or ASF, for its first reported outbreak on the continent in 1907, followed by a description from Kenya in 1927. (ASF is spread by ticks and populations of wild hogs.)

ASF stayed in Africa until the middle of the century, when it spread to Portugal, showed up in other European countries and is now a problem in Asia.

Countries have dealt with outbreaks with varying levels of success. These include effective slaughter-based eradication programs in Spain and Portugal as well as the Chinese governmentâ€™s current attempts to deal with it.

ASF surfaced in China in August of last year, and close to 40,000 hogs were culled by the end of the following month. A recent report out of China was of 900,000 slaughtered pigs. Experts believe that to be a very low estimate.

And still it marches across Asia. Recent ASF outbreaks were seen in Vietnam, and another strain of swine fever showed up in Japan.

Can ASF happen here? It hasnâ€™t yet, but folks in the pork industry closely watch the disease as it creeps across the globe. If it does arrive stateside, it would almost certainly be disastrous to industrial pork farmers in areas such as Iowa and North Carolina.

All that is scary stuff, but letâ€™s take a deep breath. Weâ€™re not concentrated-animal-feeding-operation farmers breeding 1,000 pigs at any given time.

Weâ€™re hobby farmers raising a couple of pigs or a few small herds. And we donâ€™t stand to face overnight bankruptcy if our pigs start scouring.

This is a moment where we can look at the state of industrialized farming and feel good about raising food for ourselves and maybe our communities. Smithfield Foods and its parent company WH Group LLC should be nervousâ€”these companies raise the most pigs, and much of that pork is in Chinaâ€”but thatâ€™s not what we do.

That said, caution is key in any livestock operation, even just a few backyard animals. And biosecurity should be central to everything you do. You spend time and energy on your animals and owe it to yourself and them to keep them well.

Merckâ€™s Veterinary Manual has a three-level way of thinking about biosecurity, but some basic best practices include:

Realistically, some day your animals might come down with something (even if it’s not African swine fever). If they do, do the right thing and alert your veterinarian or local authorities.

While the chances of mass slaughter are low, whatâ€™s happening in China shows itâ€™s possible. If that ever happens to your farm animals, realize itâ€™s not about you.

Weâ€™re all part of an agricultural system, and while you might not agree with how the CAFO farmers in Iowa raise their hogs, they donâ€™t deserve to have their livelihoods compromised by an infectious disease, and their hogs donâ€™t need to suffer if a solution is available.