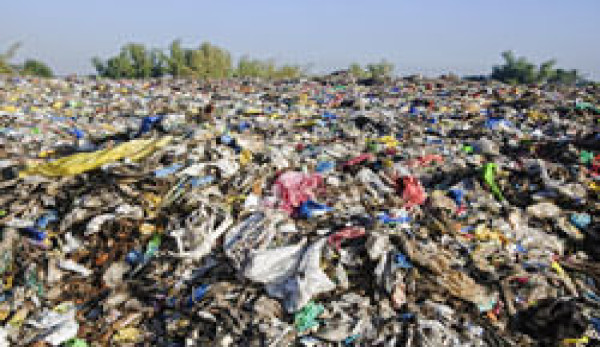 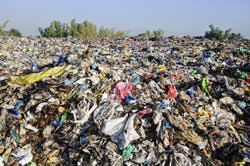 The same day the 927-acre Bordo Poniente Landfill in Mexico City, Mexico, stopped receiving solid waste, on December 19, 2011, Mexico City Mayor Marcelo Ebrard decided he would like a developer to close the landfill while also capturing its methane gas in order to produce energy.

â€śClosing Mexico City’s Bordo Poniente Landfill is one of the most important environmental actions for the entire country. If it can be done here, it can be replicated elsewhere even if the solution is a complex one. When there is a very high level of complexity, but a common objective and a successful outcome, we build confidence in our ability to take on other important objectives,â€ť says Ebrard.

Working closely with the Clinton Climate Initiative, Cities program and partner C40 Cities Climate Leadership Group, the project is hoped to be seen as an example to international waste management and greenhouse-emission reduction around.

According to The Boston Globe, construction waste will be recycled into building material. All operations will cease by the end of 2011. Cemex SAB has agreed to buy 3,000 tons of landfill waste daily to turn into energy.

Mexico City government states that there will be a reduction of a minimum of 2 million tons of carbon dioxide per year. Also in the works is a project to catch the methane gas produced at the dump and turn it into energy. Government Undersecretary Juan Jose Garcia Ochoa says that, three years ago, Mexico City recycled only 6 percent of its garbage. That number is now close to 60 percent. The landfill has accepted more than 76 million tons of trash.

Landfills harbor solid waste, the third largest source of anthropogenic methane emissions, which is 23 times greater than C02. As much as one quarter of Mexico City’s total emissions could be reduced by capturing the landfill’s methane. It could also generate enough power for about 35,000 homes in the city in the first few years. Employment and economic benefits will also come from creating short- and long-term local jobs for contractors, service providers and construction labor, operations and maintenance of the landfill gas capture system.

Paying for this project will be energy sales and GHG reduction sales and financial resources from the Mexican federal government and private investors.

C40 Cities Climate Leadership Group is a network of large and engaged cities from around the world committed to implementing meaningful and sustainable climate-related actions locally that will help address climate change globally. For more information, visit C40 here.

The Clinton Climate Initiative addresses the major sources of greenhouse gas emissions and the people, policies and practices that impact them. Visit CCI here.